Aiming for Approachability - An Inside Look at S2's Strife
<p>Accessibility through community-driven design is the name of the game for the new <em>Strife</em> MOBA. Joi
Feature
Strife 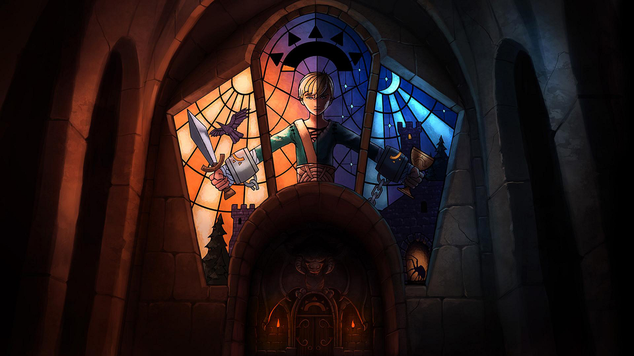 Billed as “The Second-Generation MOBA”, Strife is attempting to take the genre in bold, new directions. Developer S2 Games is in a unique position to understand how the basic formula of the genre could be improved upon, having learned many valuable lessons from its previous title, Heroes of Newerth. While much of the impactful iteration plays out directly within unranked and ranked competitive multiplayer matches, Strife also has another clever card up its sleeve: Single-Player modes.

Following a lengthy hands-on session with Strife’s first mini-adventure during PAX Prime, we came back from the event eager to dive back in for more. With Strife now officially in open beta, the full game client is only a few mouse clicks away on the official website.

In the current open beta client, Strife offers players 4 unique options under the Single Player section of the game select screen. Three of these – Caprice’s Story, Rescue Auros, and Guided Bot Match – help form an extended tutorial series that helps ease you into the gameplay mechanics by degrees. The first two also help provide some of the background for the world of Strife, and also introduce you to one of the many playable characters, Caprice. 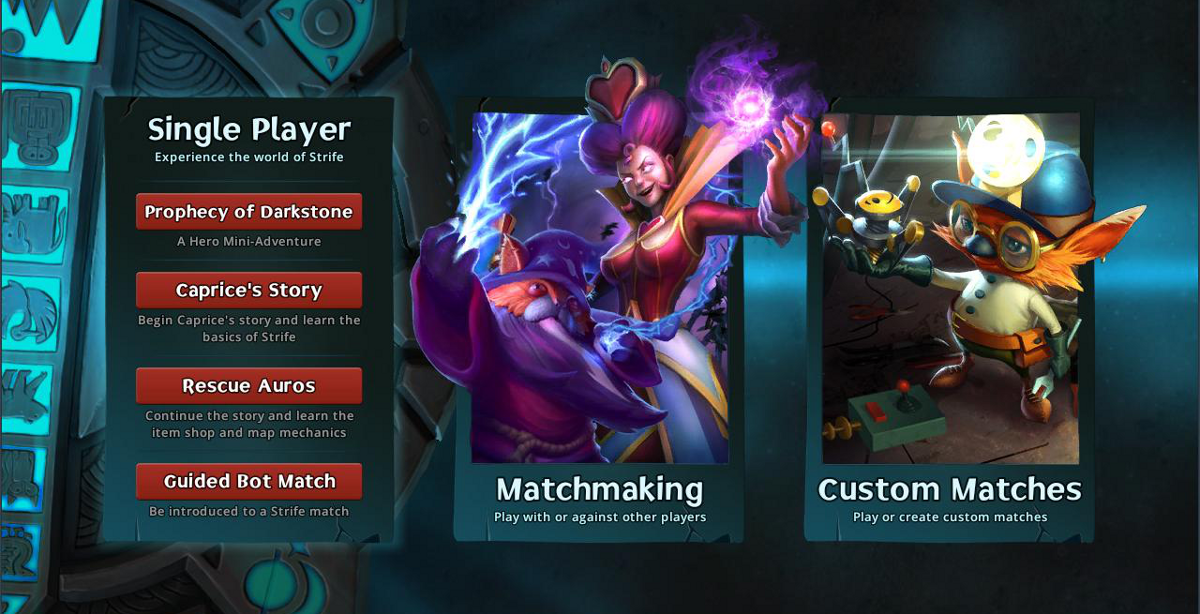 When you initially fire up the game client, you will be prompted to play through these tutorial missions, and then the optional Guided Bot Match. While the bot match doesn’t necessarily fill in all of the intricate blanks for successful team play in Strife, it does a decent job of covering the basics you’ll need to have a firm handle on in full multiplayer matches.

While most games would have stopped at this point and called it a day, Strife has taken things a step further by adding a Hero Mini-Adventure, Prophecy of Darkstone. For gamers who enjoy learning more of the lore behind their characters or the virtual worlds they inhabit, these mini-adventures should prove to be a very welcome addition to the mix.

Prophecy of Darkstone plays out a bit differently than you might expect within a MOBA client, at times feeling more like an action RPG dungeon crawl than tactical hero mission. In this first chapter, you’ll primarily be playing as Bastion, though Rook also makes an appearance and will be briefly playable.

The first chapter, Child of the Dawn: Episode 1, lasts roughly 15-25 minutes depending on your familiarity with the characters and gameplay mechanics involved. And while combat situations are often twice removed from what you’ll experience during multiplayer matches, they do help you get a better feel for utilizing movement skills to your advantage. Both Bastion and Rook will need to use these skills to overcome the many challenges present in the level, and by the end newer players to the genre will have likely picked up some valuable skills that will come into play in other game modes.

Episode 1 is split up into seven unique segments, each based on a vision had by Bastion, and with a specific objective that must be completed prior to advancing:

For players already familiar with MOBAs, the various goals likely won’t pose much of a challenge. If you’re coming from more of an MMO background like myself, however, the mini-adventure will give you an opportunity to adjust to some of the major differences in key mapping and movement. I also tend to be somewhat of a lore nerd, so having a better understanding of some of the available heroes in multiplayer is a huge plus in my books.

All told, Child of the Dawn: Episode 1 is a lot of fun, and also rewards you at the end of your first play through with some resources that will become very useful in crafting or unlocking new pets for use in multiplayer modes. The client will also encourage you to fill out a brief survey to help provide S2 with some vital feedback on what you’d like to see added in future mini-adventures. 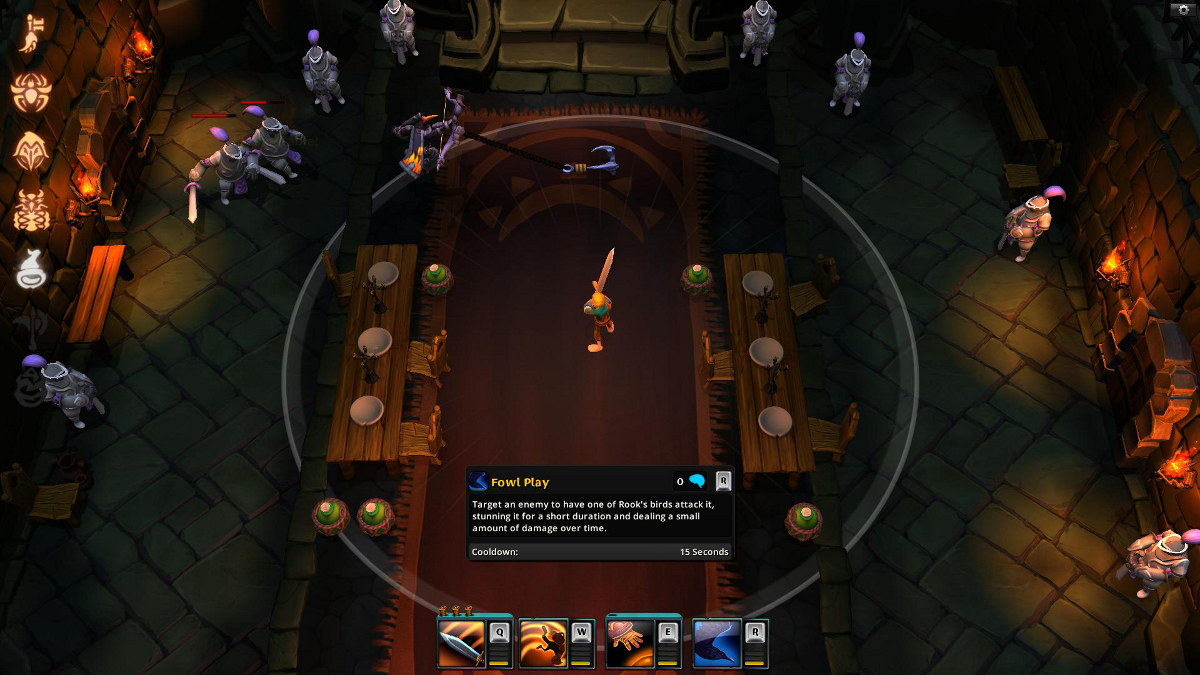 I’m looking forward to future episodes, and think this is an excellent opportunity for S2 to continue building upon the lore and storyline of Strife. It grants players a unique opportunity to have a better understanding of the available heroes, even if the available skills during these mini-adventures aren’t always a direct 1 to 1 equivalent of what they’ll be using in multiplayer modes.

To learn more about what makes Strife’s mini-adventures tick, be sure to check out our recent interview from PAX Prime. Having recently entered open beta, we'd also encourage you to check the game out by visiting the official Strife website and signing up for a free account.

Aiming for Approachability - An Inside Look at S2's Strife
<p>Accessibility through community-driven design is the name of the game for the new <em>Strife</em> MOBA. Joi