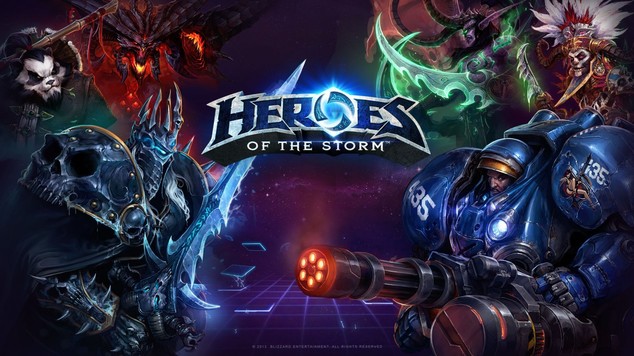 Blizzard co-founder Mike Morhaime recently admitted that Heroes of the Storm was doomed because it arrived far too late to the MOBA party. The studio launched the game as a rival to League of Legends and Dota 2 in 2015 and it quickly established itself as one of the world’s most lucrative esports. Yet the community was left reeling when Blizzard announced its decision to axe the Heroes Global Championship and effectively kill off the game’s pro scene in December 2018.

“One of my regrets is that we didn’t pursue Dota early enough,” said Morhaime, who left the firm in April after a long stint as president and chief executive. “Dota was very popular and we were very focused on World of Warcraft at the time. There were more people playing Dota than Warcraft 3.”

Dota began as a mod for Warcraft 3, based on StarCraft’s Aeon of Strife, and it enjoyed great success among gamers. Valve seized the intellectual property rights in 2009 to develop a franchise, sparking a three-year legal battle with Blizzard. Morhaime’s team finally conceded in 2012 and Dota 2 was released the following year.

It has been a tremendous success story thanks to its huge footprint in the burgeoning world of esports. LoL leads the way within the $1.1 billion competitive gaming scene, but Dota 2 is not far behind, and it has allowed those titles to enjoy remarkable longevity in the typically fickle world of gaming. Blizzard belatedly decided to try to grab a slice of that action with the release of HOTS in 2015 and the initial response was extremely positive.

The game gained a score of 86% on Metacritic, and critics enjoyed its friendly approach, the cleverly designed rules and the way it freshened up the genre. PC Gamer called it “inviting entertaining and deceptively deep”, proclaiming it was the most any studio had ever done to open up a complex genre to a new audience.

Yet its friendliness might ultimately have caused it to falter, as Blizzard struggled to balance casual gaming with competitive play. The studio created it as a MOBA for casual gamers, while concurrently trying to build up the sort of pro scene it enjoys within titles like StarCraft II, Overwatch and Heartstone. Yet for once it struggled to marry the two.

A Solid Fan Base

HOTS follows the well-trodden path of Dota 2 and LoL – heroes with limited skill sets battling in multiple lanes and relying on teamwork to thrive – but it brought in creative maps, new mechanics and individual objectives, while stripping away individual levelling and gold. It was a breath of fresh air and it deservedly built up a solid fan base.

A mushrooming professional scene also sprung up as Blizzard invested pretty heavily in tournaments, and it is still the sixth richest esport of all time, behind only Dota 2, CS:GO, LoL, Fortnite and StarCraft II. It has also been one of the biggest titles among esports bettors wagering on matches and tournaments at Unikrn, while generating a lot of buzz on forums and social media. A number of pro teams and players dedicated many years to perfecting the title, and fans were able to witness some exhilarating battles between them,

Yet the pro scene evolved to the point where it did not resemble the Quick Match contests usage taking place casual players, as the depth of the game was not effectively communicated and has never been a meta. It did not perform particularly well in the Twitch and YouTube metrics, not when compared to LoL and Dota 2 anyway, and Blizzard decided to pull the plug.

That decision left the community reeling and sparked a a huge amount of outrage. Blizzard clearly felt it would struggle to rival MOBA behemoths League of Legends and Dota 2, and it simply decided to pull the plug. Streamer Kala, who has coached teams and created Heroes of the Storm content for years, posted a furious, expletive laden reaction video.

“There’s so many teams and players that have put their heart and soul into this game and have developed livelihoods around this game, myself included,” he said. “And now everything gets pulled out from underneath them.”

His views were echoed by many, while one fan lamented the presence of Blizzard owner Activision, saying it kills every game it touches and speculating that Morhaime left before it imploded because he knew what was coming. Others have accused Activision of “decimating Blizzard with spending cuts, cheap games and fast returns for a quick buck”.

Shareholders Pile on the Pressure

Ultimately, Activision Blizzard is a public traded company and it is at the mercy of quarterly NASDAQ reports, beholden to shareholders that demand a profit. Its share price climbed steadily from $28.12 in February 2016 to $83.19 in September 2018, but then it fell off a cliff. By December 2018, its price had decreased below $46, losing almost half of its value.

It reported consecutive monthly declines in active users, and worries about a shrinking audience spooked the markets. There were calls for drastic action, and the firm decided it could not keep ploughing cash into the HOTS pro scene while fighting a losing battle with Dota 2 and LoL.

It felt dreadfully unfair for players, coaches, team organisers, streamers and commentators that had dedicated years of their lives to the game. But that is the brutal nature of the nascent esports scene: it is a business at the end of the day, and there are few industries more cutthroat than the video game trade.

The exact same thing could happen to Fortnite: right now Epic Games is ploughing $100 million into making it a leading esport, and players are desperately bidding for fame and fortune by playing the game, but virtually the entire pro scene is dependent on the benevolence of Epic. If gamers migrate to the next big thing and Epic pulls the plug, the scene will dissipate and pros will need to quickly rethink their life plans.

The HOTS debacle might make gamers think twice in future about committing so much time and energy to a particular esport. It is a massive blow for the credibility of the entire scene, and players can only hope to transfer their skills to more stable titles like LoL.

The decision to axe HGC did not seem particularly justified at the time, as there was still a lot of life in the community, but if an esport is not in growth then its position begins to look precarious, and it is always in danger of being culled, particularly in the hands of a conglomerate like Activision Blizzard. HGC was only watched by less than 10% of the game’s player base, and it was bleeding money without providing a return on investment.

Yet HOTS is not dead. If you enjoy playing the game, you can still have tremendous amounts of fun. It remains an excellent title, just one without a thriving pro scene. The devs have made it clear that they will be catering more to casual gamers in future, while phasing out support and moving staff to other projects. The top of the ladder is a mess, but if you are just looking to enjoy yourself it still remains a great option.