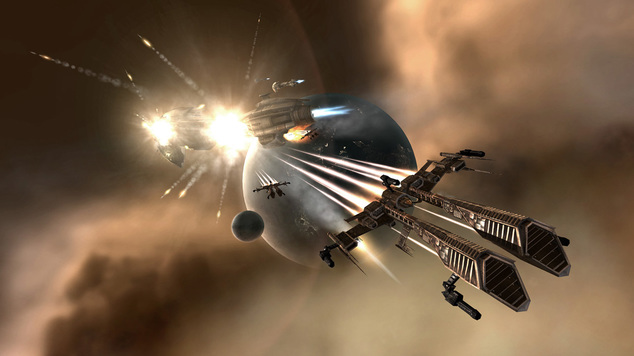 Are MMORPGs Being Harmed By The Spread Of Online Games?
Not too long ago games such as World Of Warcraft, Eve Online and Guild Wars were being named as representing th

Not too long ago games such as World Of Warcraft, Eve Online and Guild Wars were being named as representing the future of computer gaming. Millions of players, all gaming amongst one another in persistent worlds, levelling up, looting and crafting; it was a vision of a truly world-spanning approach to gaming, one in which the server was king. Fast forward a few years, however, and the landscape is different from what we were once promised. Today mobile gaming is king, although has the rise of this new empire represented MMORPGs' death knell, or are there other reasons behind the demise of multi-multi-player games?

In many ways, smartphone games have acted as a form of advertising for popular MMORPGs. Take Marvel Heroes, an MMO that allows players to play as their own tailor-made Marvel universe superhero, fighting bad guys and saving the world from evil. Although one could say that the gameplay difference between this title and mobile gaming site Betsafe's Iron Man, Batman and Spiderman-themed slot games is massive, they operate in the same continuum. A player enjoying a few special offers at the aforementioned provider's site will likely also be a player of other superhero games, Marvel Heroes included, and as such will see both games not as competitors, but fine additions to one another. At the end of the day, Marvel will make money from both games.

An issue arises, however, when gamers begin to abandon one genre in favour of another other due to the inadequacies of the first, and this could be the real reason behind the decline in MMO gaming. Freemium games, where players can initially play and enjoy the game for free, having to pay small amounts for extra content and game-boosting abilities, are the next big thing in the MMO world thanks to enormous successes in Asia. After gamers became tired with monthly subscription charges - another key reason behind the MMORPG retreat - developers saw this model as a way to keep their games financially viable. The issue with these games though has been that players feel cheated; they find it unfair that to get the most out of the game they have to pay far more than they ever would if they had just bought a disk-based title. As a result they move to far cheaper mobile games.

This effect is shown perfectly in the experience of Star Trek Online. In 2012 the MMORPG's developers decided to change the game, offering a free-to-play model alongside a membership option, then later turning towards a fully freemium-based model. Immediately gamers began to feel disenfranchised with the title - the comments for the game over at Steam perfectly encapsulate this feeling - likely embarking for sunnier shores.

Can MMORPGs ever escape from this self-imposed hell? Perhaps not. With gamers annoyed at subscription models and the changes to MMOs after freemium models are introduced (poor-quality gameplay being a big issue) it seems that either another step-change in terms of payment, or a massive boost in terms of innovation, will be required.