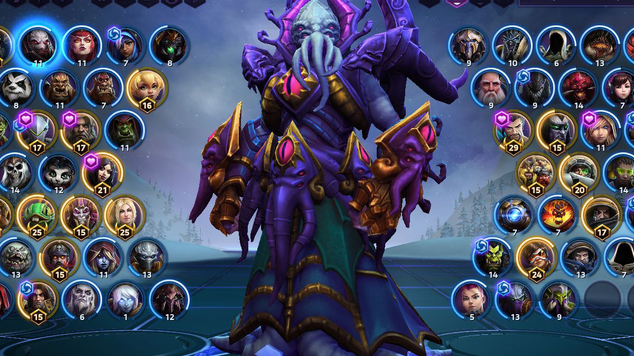 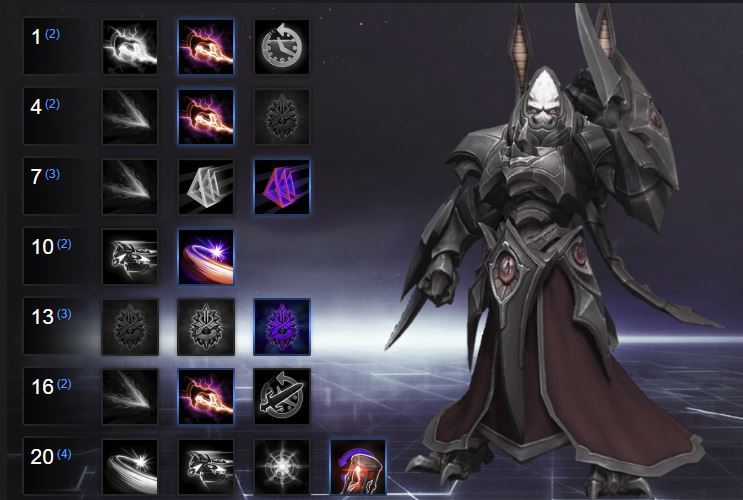 This quest gives Alarak 20% increased range and allows his E to apply a 40% slow to enemies for 2 seconds if they are hit in the middle. Your goal is to finish the quest in about 4-5 minutes. Use your W to push enemies into a line to hit three with one E.

This increases the range of his W by 20% and makes it push targets 20% further at the cost of 10% Sadism. This increases Alarak's range significantly, allowing you to pull enemies from very far away.

This allows Alarak to channel for one second, becoming protected and unstoppable. If he took damage during the channel, he then deals high damage in a triangle in front of him. Use this to negate enemy burst or CC. It is most of a survivability tool than a damage one.

This allows Alarak to mark enemy heroes, giving him Sadism when he lands his Q on them or when they die. It lasts 300 seconds or until the marked hero dies. Keep marking enemy heroes that look close to death or just mark enemy tanks to farm Sadism off of them.

This allows Alarak to reset his basic ability cooldowns at the cost of 4% Sadism. This will give you insane burst or an escape. Just be wary when using it as you do lose some damage each time. Cast it without getting value enough and you can find yourself dealing very little damage.

This can be strong  if you need more dive to get on top of the enemy team.