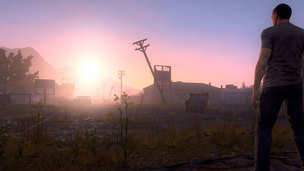 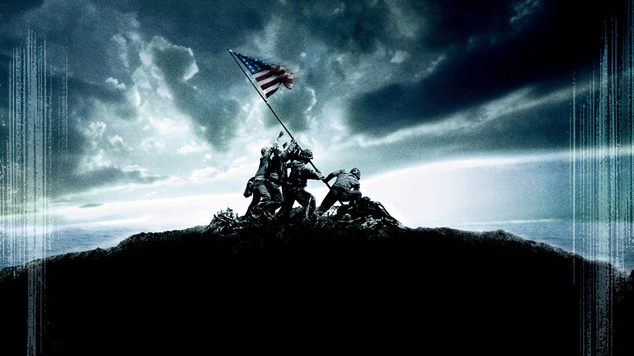 Breaking News: Sturm and Drang Back on the Table
Veluux sat down with Daybreak President John Smedley and got a bit of insight on the formerly shelved SOE MOBA

Earlier this week I got to have a nice chat with Daybreak Games' President John Smedley. There were tons of interesting and insightful questions, answers, and quotes packed into that so be sure to check it out if you haven't. In addition to that main interview, John also gave me a couple other nuggets of information that have me both concerned and excited. What you're about to read here is the latter of those two emotions.

Sturm and Drang - translated as "Storm and Stress" is a German literary movement of the late 18th century that exalted nature, feeling, and human individualism and sought to overthrow the Enlightenment cult of Rationalism. Goethe and Schiller began their careers as prominent members of this movement.

Here is a question and answer from my interview with John Smedley sparking new life to the previously "shelved" status of Sturm and Drang - which some readers may or may not be familiar with.

Me: In the past we heard you guys talk about a potential MOBA concept that in all the recent chaos got shelved. Is that a project that still may see life, and does your studio have any interest in providing a competitive-play experience in the eSports side of the industry?

John: It's really important to mention that this project isn't just a MOBA, it's called Sturm and Drang and its an MMOFPS/MOBA hybrid. Imagine there is 200 vs. 200 vs. 200 or even 500 vs. 500 in a World War II setting. You pick a side and pick a class and you get a complete "hero's journey" over that one-hour game session. There is both a win and a lose condition, and you grow in power over that session (similar to what you would experience in DOTA or League) and that will get reset so that every new game session is a whole new experience. This game is absolutely something that we are still planning to do.

It's no mystery that over the last several years, the MOBA genre has dramatically increased in size and has taken a massive bite out of the greater online gaming player population. This new genre has stormed its way unto PCs everywhere. Whether through League of Legends, DOTA2, SMITE, or the up and coming Blizzard make: Heroes of the Storm - these games are highly attractive and quite accessible for most gamers.

Perhaps most intriguing about these games is that they offer highly competitive play in addition to the common casual formats that most people enjoy. This competitive environment has grown so much that one of ESPN's talking heads even felt the need to bash the eSports scene and gamers everywhere due to its rise in popularity and a legitimate question of whether professional PC gaming should be televised on major sports networks.

That controversy aside, MOBAs carry some massive weight and account for an impressive chunk of income in the gaming industry (not to mention revenue from rabid players everywhere). It is a growing storm that doesn't appear to be waning anytime soon, and will likely only see an increase in popularity and participation, whether that is through casual play, competitive play, or just purely spectating.

It makes sense that Daybreak has plans to join the fray, as one of the leading online games producers and developers over the past two decades. At this point we should honestly be asking, "What's taken them so long?" Obviously there have been a lot of issues and the studio has suffered some painful losses (both in unsuccessful products and as a result losses in revenue that required significant downsizing). While they are still in a state of recovery and restructuring, I fully expect the studio to find its feet again soon.

Once it does you can be certain they'll pick up the concept of Sturm of Drang and resume their pursuit of providing a competitive-play experience of their own. As a fan of FPS games of old (I played a hell of a lot of Golden-Eye for the N64 back in the day), and also of MOBAs - I will be pretty excited to see a hybrid of these game types enter the mix. The fact that it will include some historical elements is also a big plus in my book.

It won't be easy breaking into the ranks as even the gaming-juggernaut Blizzard is only just now making slow headway with Heroes of the Storm (which to be fair is still technically in closed beta). From the above quote by John Smedley and previous rumors about the game, it should be different enough to find its own niche in this growing genre - but they certainly have their work cut out for them.

One of my cocreators over at TheoryForge believes that the current zombie-survival MMO H1Z1 is mostly a tech testbed for making this new hybrid eSports style game a future reality, and I'm highly inclined to agree with him. Everything from the live-combat to the world, map, and server size indicates a radical shift away from the studio's traditional MMO models. Which tells me that this game might not be quite as far off into the distant future as one might initially suspect.

[Again, if you'd like to check out the full interview with John about the future of Daybreak, you can find that here. Additionally you can find another set of quotes in a related article where I discuss the dangers of the transparent open-development experiment happening currently with H1Z1, Landmark, and EverQuest Next.]