Developer Interview with Revival's Adam Maxwell - Part 3
In this final part of Alex's interview with Adam, the questions dive deeper into what makes this world tick and
Feature
Revival 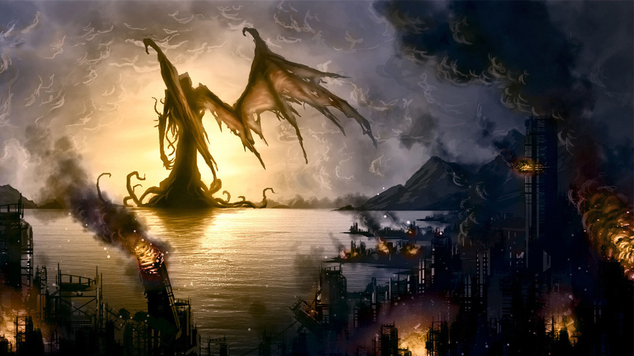 Dear Developers: Stop Feeding the Beast
Alex has a bone to pick with MMO developers about a trend in content development... If MMOs are important to yo

[Not a sequel to my first Dear Developers letter on the pains of Early-Access.]

I've spent the past year examining MMOs (particularly up-and-coming MMOs). I've noticed a disturbing trend, made all the more frightening by the fact that it isn't just chronic in future games - but also of upcoming expansions for current titles.

When I think about an MMO (whether an MMORPG, or an MMOFPS, or the various other subgenres), I can't help but consider the social gameplay elements. They are what defines the genre as a whole. If you rip out massive scale social interaction, you're left with either a single player RPG/FPS or a small-group multiplayer or co-op experience.

What concerns me most is the fact that most "MMO"s today are only made massive by the size and scope of their persistent shared worlds. They could easily be classified as single-player or small group cooperative games that just so happen to be taking place in a very large shared world.

Meaningful social interaction (and I highly emphasize the word meaningful), is the core of MMO gameplay - or at least it should be.

That social element should be the defining focus and every other feature or element should come secondary (and complimentary) to that. Otherwise, what's the point? Why should any massively multiplayer game be bothering itself with the complexities and challenges of enormous player-bases, community conflict, and large-scale resource management if social gameplay isn't an essential core experience?

It's a complete waste of time and resources.

If a game isn't going to give me the ability, opportunity, and agency to meaningfully interact with other players as a core focus of the gameplay experience itself then why waste the time? I'd rather the developers spent all that time and money making awesome single-player or cooperative RPG experiences so I'd have more choices to pick from for my isolated playing sessions.

A Sheep in Wolf's Clothing

We think we're playing an MMO, but most all mechanics are actually encouraging and incentivizing us to play by ourselves or in small groups and on a specific, defined path that doesn't really deviate. Which, by the way, is a hell of a lot easier to plan, and adjust for. When developers know what players are going to be doing and where, we are much easier to account for.

Dynamic interactions that can have massive cumulative effects and influences on the in-game world are much more difficult to design for, which I think is a big reason developers haven't really encouraged them. Most of the time, they seem to be actively moving away from that.

That bothers me because I'm watching the core experience I was first enamored with quickly erode into a sea of single-player chaos.

I'm not fond of the original EverQuest or Ultima Online because of the archaic mechanics or incredibly dated graphics. The nostalgia for me isn't focused around the content those games offered back then - in their largely vanilla flavors. No. What made those games so memorable was the people and the unexpected interactions. The worlds were dynamic and alive and interactive back then. Of course the mechanics played into that, they forced players into situations where they had to interact (which was sometimes good and sometimes bad, but mostly memorable either way).

Games just aren't built that way mechanically anymore, and it's clear that developers aren't holding their features up to the social microscope to determine if they offer any opportunities or incentives for meaningful interaction. But the hole gets deeper. Social interaction isn't just a core experience that MMO fans crave - it's also the bedrock for a long-term community.

If you're wondering why you see floods of players bouncing around from one MMO to the next and invading new MMOs at launch but quickly moving on to the next big thing, there's a big reason why.

Players haven't truly invested themselves in these games... usually because they've never been asked or required to. Massively multiplayer games today are extremely easy to not log back into. A lot of developers have even danced with the devils of habit-training and incentivized and encourage frequent log-ins or even added habit-forming gameplay; and you can probably think of a few games and features I'm talking about.

They've got it all wrong though.

We'd log in, if only we had a reason to, but frankly the games don't have any. Not anymore. For most of us, I'd wager that we've already established a group of friends that we collectively bounce with from game to game with. Sometimes, (and its rare) a game might hold an already tight-knit group's attention for several months; but even those eventually move on, usually together.

Unfortunately I don't have any specific solutions to this epidemic.

It's a fundamental sickness that goes much deeper than the skin-level of individual features. MMO game developers and designers need to start questioning their collective work and asking themselves: "Does this mechanic/feature/whatnot provide any opportunities for meaningful social interaction?" If the answer to that question is yes, then proceed as planned. If it isn't, maybe that feature needs to get tweaked, redesigned, or completely removed; especially if it's a core gameplay element.

Meaningful social interaction is crucial to the success of MMO games.

It isn't just what makes this genre of games unique, but it's also what makes them so long-lasting. The strong communities of early MMORPGs is the primary reason for their longevity today. People aren't playing because they enjoy low poly count models, unintuitive UI, and repetitive and predictable mechanics. They're playing because it's home. It's where they met and made friends, and sometimes even family.

Communities and social interaction are what makes MMOs tick.

MMO games today must have this focus and the majority of systems and features should offer and even incentivize social interaction on some level. I've mentioned trade, politics, and combat as avenues of social interaction where relationships can be formed, but it doesn't stop there. With a clever enough team, the majority of a game's features and mechanics can and should be able to interlink players on some level.

I feel as though there is some giant fictional beast of content consumption that developers are trying to feed, as if we've stopped playing their games simply because there isn't enough to do. The reality is, the problem is much bigger than that. Rabid content consumption is a symptom of the much larger deficiency I described at length above. We're consuming content at a record pace because all that content lacks value. It lacks memorable moments and the deeper joy of sharing all those experiences with other people.

Of course we're going to rip through such shallow waters.

Power to the People

You make players matter to each other. You give them back influence, agency, and power over each other's experience... and then (and only then) will you bring back the depth and meaning to each and every encounter. Sure, it won't always be pleasant; and there are those out there that will abuse their power (but there are ways of designing conflict into the systems).

Conflict and abuse shouldn't require the elimination of player agency and meaningful social interaction. But it has, hasn't it? And as a result of that, MMOs are dying as a genre, especially MMORPGs - which require higher amounts of immersion and community than other MMO subgenres. These games require social intrigue to truly succeed.

To thrive and to cause players to invest themselves into the game (financially too), the social element must become the core design focus. The question is whether anyone has the gall to do it.

Yours Truly,
An MMO Fanatic

[What do you think? What MMO  games currently have your attention? What makes these experiences worth your time/money? What do new games need in order to survive these rapidly evolving times?]