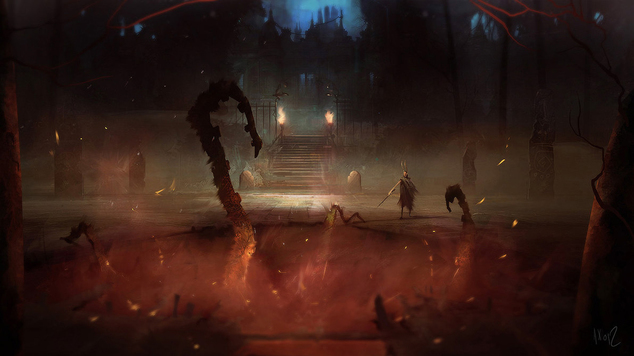 Developer Interview with Revival's Chris Holtorf - Part 1
Alex sits down with Revival's Ombwah to talk about story, lore, and content design for the upcoming MMORPG Revi

[This is Part 1 of an interview series with Revival's Lead Content Designer: Chris Holtorf, a.k.a. Ombwah from the game's official forums. Revival is an upcoming online multiplayer game being developed by Illfonic Studios. The game is attempting to return to the core of what an RPG experience is truly all about, with immersion standing at the forefront of nearly every design decision. Coverart by Alexander Brox on DeviantArt]

TenTonHammer's Veluux: Thanks for taking the time to sit down with me and talk about Revival! Can you share with our readers a little bit about yourself?

I’ve been working in professional game design since 2001, but have been into games since as far back as I can remember. I’m not sure what the first video game I ever played was, but I frequented arcades in the ‘80s and if there was a game released for the Apple II during that time, I’ve played it.

I’ve also been an avid player of tabletop and role-playing games since I was very young, I picked up my first D&D set in 1982! In my late teens I worked gaming conventions in LA, running AD&D and Vampire: The Masquerade games, often with Snipehunter.

Outside of work, I spend time with my family, do some medieval recreation with the SCA, play games (sometimes live on the internet), and write stories for myself. I’m also studying philosophy at the local community college. So, needless to say, I keep busy.

I love table-top and classic role-playing games as well, which I consider the grandparents of modern MMORPGs. What was the most memorable D&D campaign setting you ever participated in and what was your group composition like?

Wow, that’s a tough question! I’ve played so many characters over the years that I can’t remember all of them. Often, I was the DM or Ref as well, so some of the best games I wasn’t even a player in!

I think I had the most fun with my core high-school group because after a few years there were in-jokes and repeat characters that really fueled a sense of continuity and world history that was memorable. I guess the settings we used most often were largely Forgotten Realms cut with a dash of Planescape. Our group only used ideas from the published guidebooks and my Dragon subscription and hashed them all into our own world.

Whenever I wasn't GMing, I usually played some “OC of the month” – whatever was the intriguing character concept to me at the time. I have never been one to rules lawyer or to min/max scores though, that’s not the part of Tabletop RP that I find compelling. For a long time, my favorite archetype was the crafty Illusionist/Thief, but I’ve also done almost every other stereotypical character build, and a bunch of weird combos intended to make cooler stories.

A fun memory was DMing a character that had powerful armor possessed by an imprisoned being of chaos. Try as he might to be wholly good, things always went sideways for any crew that ran with him. It was always fun to incorporate elements of Paranoia into my tabletop games too, where each character often had a b-line or hidden agenda. That was great because it made each person’s character a little richer, and their interactions were thus more exciting to watch and play with.

Another really memorable time was team running a sixteen-player Vampire: The Masquerade game over radio headset at a convention. That was two teams of eight vampires from opposing factions in the same city at the same time. When our parties crossed paths, fireworks ensued!

Popular entertainment has shifted to include a lot more survival, horror, and dark fantasy themes over the past several years, and gaming is no exception. Can you talk about why your team decided on dark-fantasy horror and what elements of this genre you're trying to emphasize?

The dark fantasy setting has been a part of the idea for Revival since the first meeting we had with Kedhrin about the game. Heavy metal music and gritty realism in games are a couple of his passions, and if I’m being honest I like that stuff quite a bit myself. When you add the Lovecraftian mythos to a low-tech fantasy world, it’s hard to imagine doing it any other way.

A lot of our content is investigative, lore-based, and world-driven, and as such our world-building and story choices need to make sense and be more consistent with real-world examples that can be more readily understood. Of course, the sun will still shine over verdant fields in the daytime, but that is a necessary contrast to the chill of a lonely moor at night. Against the calm security of a bright afternoon, the dark of a moonless midnight is much more stark. 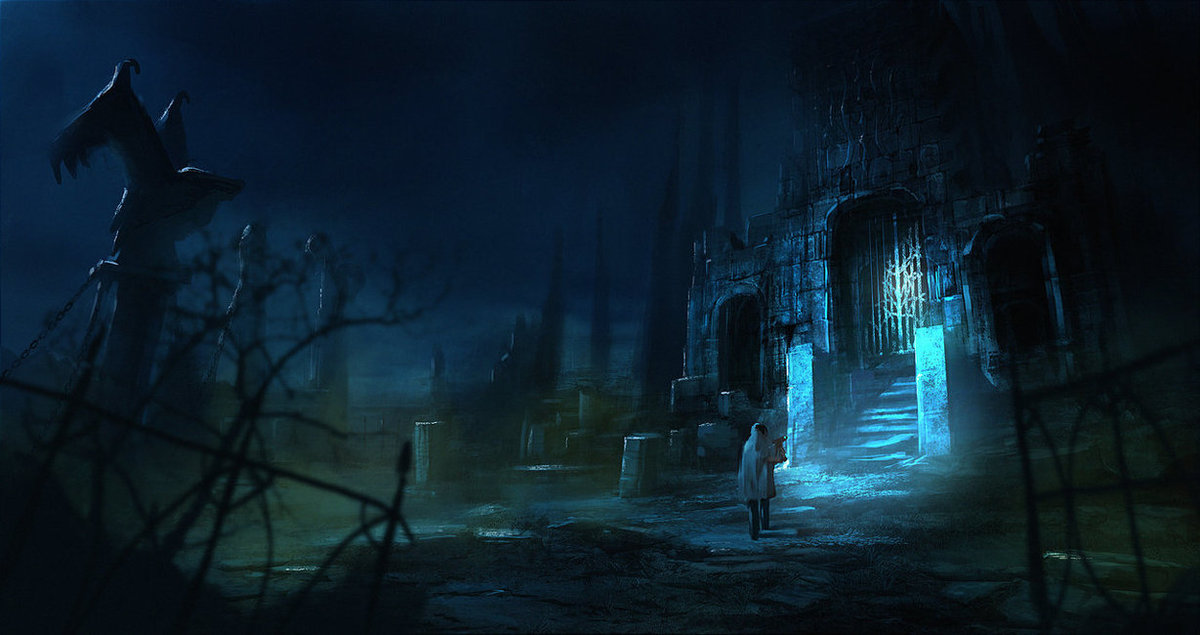 I'm a pretty big fan of that contrast you all are trying to achieve; it's absolutely essential for any game trying to offer a true horror experience. Can you share an example of something specific you want to put in Revival to help induce terror?

I don’t think that any character should just walk into the game with a feeling of mastery. Likewise, without mob normalization or a ready “con” system, most strange and otherworldly encounters in Revival should be approached with some sense of apprehension. Even sizing up another player is as much social engineering as it is mechanical comparison.

If I can achieve a reasonable sense of uncertainty with regard to magic and “high adventure” I will have succeeded.

I’m pretty sure that no presentation of skeletons or tentacles by themselves are enough to make someone legitimately nervous. Even spiders are pretty safe when they’re just a digital baddie on the other side of a monitor, doubly so when you are pretty well assured that you’ll be able to smash them. Ubiquitous bad guys that are easily wrecked don’t really foster fear in players. Likewise, the lack of any sort of penalty for failure removes the nervousness of unpredictable circumstances.

So for Revival, I want to make adventure more dangerous by providing a real risk of loss. By reducing the mechanical predictability of many results, we intend to create the kind of uncertainty that lends to more fear, therefore amplifying the thrill for players when challenges are overcome.

Revival’s biggest influences are the Weird Tales and its dark, low-fantasy represented by the mythos stories of H.P. Lovecraft and Conan tales by Robert Howard. We’re also bringing in some Stormbringer, a touch of Saberhagen’s Book of Swords, and a dash of Le Guin’s Earthsea.

We’re trying to establish a world that feels like it could have happened that way, with all of the grit and grime of a truer to life medieval setting. We’ve decided against several common fantasy technologies for storytelling reasons, and thereby tend to eschew anything approaching steampunk or gear-tech.

Simple mechanics for mills and such are fine, but our world is dark, and humanity’s mastery of it is only now kindling from the embers left glowing through long ages of strife.

That's got me curious, how is Revival going to handle magic/religion and the whole civilization vs. wilderness situation?

We want to make sure that alchemy and lost magics have a place, but we want that place to be a little more low-key and wondrous rather than lurid and ubiquitous. Many upon Theleston are content to live day-by-day, though all have some understanding that greater powers move upon their world - whether or not they choose to engage them. Still, there are many secrets lost in Theleston’s history, and we would like a lot of our content to rise out of our players’ rediscovery of it.

We’d also like our wilderness to feel remote. The hinterlands should remain mysterious. The farther a player character has traveled from a cozy center of civilization, the less secure they should feel in their knowledge of what they will encounter.

Likewise, the secure hearths of a well-guarded city should feel like the only safe haven. Long distance travel won’t be taken lightly, and travelers should feel somewhat adrift when not at reputable inns or quartered in a secure home.

Last, but maybe most importantly, players aren’t naturally born into greatness; they must earn it as any other would.

[For more info you can go visit the game's official website and browse around a bit. There's plenty of information there to whet your appetite about what this game is shaping up to be. The Mission Statement and the Developer Blogs in particular are quite revelatory. Additionally, below you can find my latest episode of Revivalcast, where we explore one of Ombwah's lore blogs.]