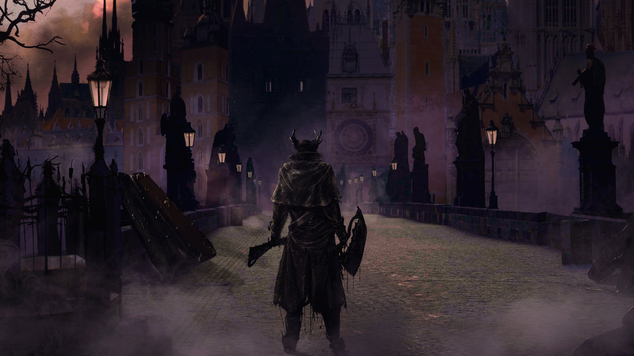 [Welcome to the final installment of my interview with Revival's Lead Content Designer: Chris Holtorf  a.k.a. "Ombwah" on the game's official forums. If you didn't get a chance to read Part 1 or 2, you can find the first bit by following this link. If you want to find out more about Revival, go check out the game's official website. Shout-out to Edouard "Silberius" Noisette for the cover image  "Fear the Old Blood" and following insert art for this interview.]

Alex: With every choice in Revival bearing a consequence, what we do with our own individual characters already seems to be incredibly interesting. However, before I let you get ahead of yourself, can you talk about how players will begin their individual stories in the world of Revival?

Chris: The first thing we ask of a new Revival character is that they negotiate a series of questions about their past on Theleston, and how they came to be where they are when they begin play. This serves a couple of purposes.

First, it gives the player a grounding in the world, and an idea of who they were before now. This ‘character initialization’ tweaks base stats, awards skills and applies tags. The story created via a given run-through of the origin matrix integrates a new character into Thelestonian life.

Second, it also feeds the mechanics of the game-world by setting the character up with all of the data necessary to allow the NPCs to know who that character is in relation to themselves, thus letting the NPCs know how to react to each individual player's character.

What I know about your plans for Revival so far makes me extremely eager to get into a character and start playing. From what I understand, the Origin Matrix is just a launching point right? Can you talk about what the future for a player character in Revival will be like?

Well, I try to give an idea of what a player’s average day will be like in the ‘Day in the Life of’ blogs that I write every few weeks. The main point of those blogs is to illustrate what I think a typical play session, or arc of a few sessions, would be like for a player with a particular set of skills. So the titles imply which set of skills the main character has cultivated, and the story in the blog shows them playing in the world.

We started doing this because how one plays and progresses in Revival is strikingly different than most popular MMOs presently in the market, and we felt that an illustration might help new arrivals see what we’re doing here with a little more clarity. It has often been joked at by the founders that I should write one entitled “A Day in the Life of an <Insert popular MMO here> Player” – but I think I’ll save that one for April.

That would be a pretty entertaining series, so I totally agree with the Revival community's suggestion there! Haha!

I imagine that for the majority players, the most obvious and easily measured modes of player progression in Theleston could be seen as the acquisition of property, influence, and knowledge. Of these, the last is arguably the most important - as it is the most powerful - and therefore the least likely to be stolen from you.

Which brings us to an unusual aspect of Revival's progression: that of loss.

Almost anything that can be gained in Revival can be lost or diminished, so it will be difficult if not impossible to maintain a given level of achievement of this sort without support, or at least without regular participation.

Another driving factor in player progression is age.

Each player character lives only for their lifespan, which, while long, is still limited. That means that nothing is forever, and your ‘perfect build’ could shift every few player years as your skills progress and your character ages. At the end of it all, you can only leave your goods, properties, and your journal behind for your heir, who will then have to progress their own skills with the base that you left for them. 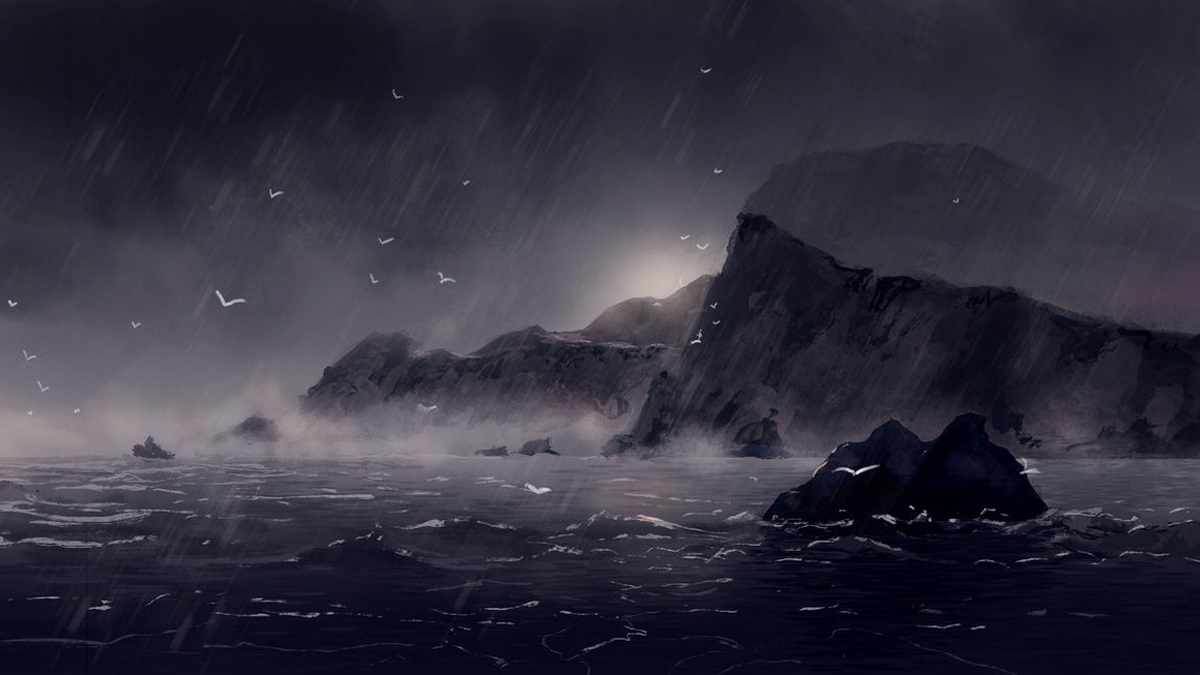 Character Progression in Revival seems completely different than what I'd expect from typical MMORPGs (which is probably why you guys avoid that descriptor like the plague). Can you talk about why you and the rest of the Revival design team have chosen to walk off the beaten path in terms of character development?

Heh! I could start by saying “Well, we’ve already done it the other way a couple of times…” but that would be dodging the question a little.

It’s more the idea that what it is that Kedhrin, Adam (Snipehunter), and I want from the MMO experience has been almost completely removed in the MMO gold rush that followed the release of a certain  genre juggernaut. The ascendant model doesn’t bring the same joys that we’re looking for. It doesn't reward character role-play, allow for real exploration, nor any sort of unpredictable adventure.

We’re trying to get at the promise that virtual worlds used to hold forth. That of a world where you can do pretty much whatever you want to do, except you're doing so as this other fantastic character. It’s not a progression race, or a gear-level grind, and why should it be?

I completely agree. It's a total misconception that older MMORPG players just want difficult games with ancient mechanics that barely worked - even back then. It was the spirit of adventure, the exploration of a wide new world, and the social entanglements that really  made those games fun and appealing. Can you go into detail about how Revival is stepping away from this traditional and even many older MMORPG models?

The progression race and gear-grind I mentioned above are both super-personal goals that basically require zero interaction with other people.

We’re working towards a totally different goal, one more aligned with the concept of character immersion and the feeling of visiting another living, breathing world.

Rather than the monotonous feeling that you’re logging into a video game to do your dailies or grind out a level, we’d prefer that you felt like there was a place you could go to that allowed you to be a wholly separate person.

We’re shooting for the feeling that there is a world that keeps on going when you aren’t around. We want those that that hold mundane positions to be able to escape to another place; one where they can be an influential statesperson or a powerful villain and actually impact the world in ways that others will experience.

Since the game is about interactions and not just a stairway to endgame - there is, in fact, no "end-game" in the current sense of that word. Progression in Revival is living through another, always different day, in the life of whatever character you want to become. 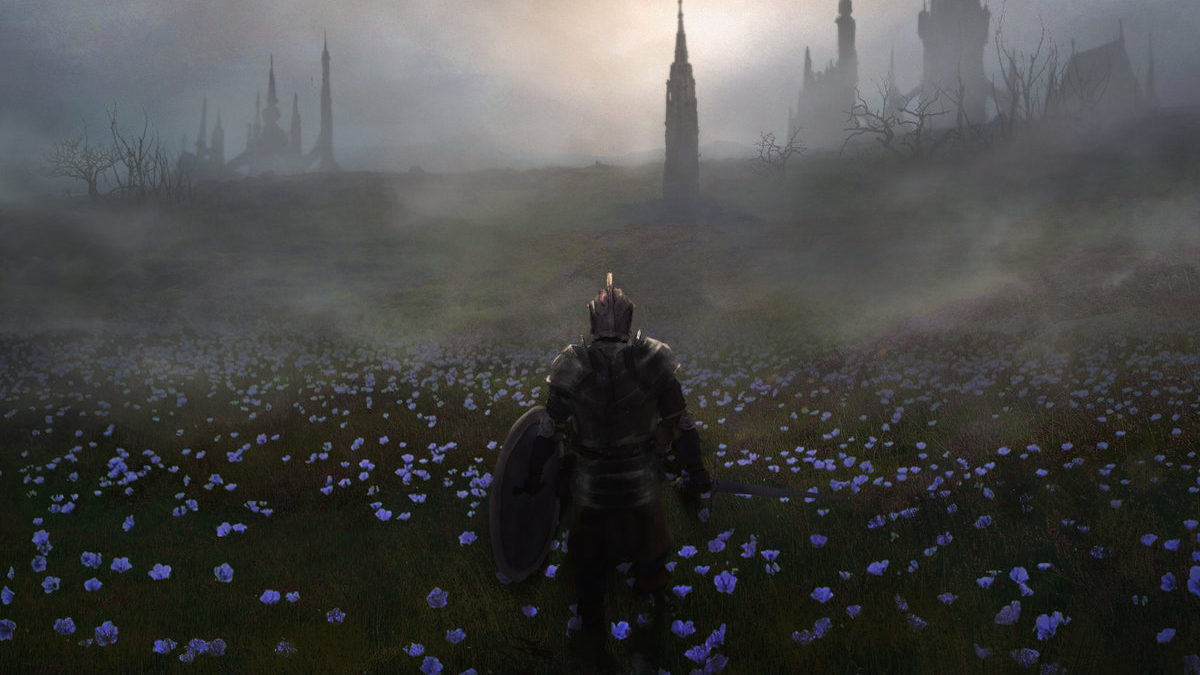 ("Legends of the Ruined Land" by Edouard 'Silberius' Noisette.)

It sounds like playing a character in Theleston and progressing through this dynamic world will be a truly unique experience. Can you share with the readers here any clever designs you haven't revealed yet that your team is trying to achieve with Revival in terms of character expression, immersion, or life in Theleston?

Hmm, well... There is the political stuff we just put out in our last developer blog, and I’m not sure that all of the things that we can do with a simple, unique, or hyper-focused tag have been explored by the community.

We’ve discussed characters’ limited lifespan, and the limited-resource economy that we’re building; and I think we’ve even mentioned that many artifacts in the world of Theleston truly are unique, and only exist as one instance on a given server.

We haven’t been too specific on the mini-games that exist for much of the crafting, but I think we’ve given enough ideas to extrapolate the sort of flavor we’re trying to achieve. Most relevant is that Theleston is not a static world, nor one where two players can follow the same course of content.

All of our choices are guided by those ideals.

You've provided a lot of insight into Theleston's lore, deities, world, and character life for readers so far; but is there anything else you'd like everyone to know about Revival that we haven't covered?

Revival is as much a stage and a sandbox as it is a game.

Our goal is that this will be a place for communities to form and epic dramas to play out; histories will be made, and great discoveries will be found. We’re making this because we ourselves would be passionate about playing it - and also because we know that there are others out there, just like us, who share that dream.

Thanks for taking the time to sit down with me and share your thoughts about this game. I hope our readers have enjoyed this extended peek into the story, world, and character-life as much as I have! Enjoy your holiday season and thanks for entertaining us all.

Thank you Alex, it’s been fun, I love having had the opportunity to do it. Happy Holidays everyone!

[That's it for this interview! Go visit the game's official website and browse around a bit if any of this has you curious. There's plenty of information there about what this game is shaping up to be. The Mission Statement and the Developer Blogs are particularly revelatory. Additionally, you can find the latest episode of Revivalcast below, where I and my fellow cohosts explore the latest tidbits from the Developer Blogs, Founder's IRC, and other communication avenues.]