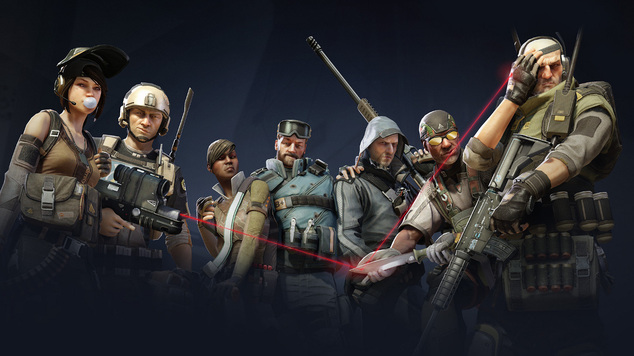 Dirty Bomb Open Beta Impressions
The FPS genre gained a worthy new contender with the recent launch of the open beta for Dirty Bomb. We offer up

There was a point in time when the FPS genre didn’t simply become bloated, it burst wide open at the seams with a seemingly never ending stream of lackluster releases. There have certainly been a few titles of note launched over the past few years, but even some of the most heavily anticipated among them have struggled to retain a sizable community. And as we all know that’s the big gamble of competitive multiplayer – you either capture a large enough audience to keep the servers running, or you don’t and years of hard work get flushed down the drain.

In the cosmic dance that is modern FPS gaming, you either choreograph your moves with expert precision, or players will quickly abandon the client for the next competitor waiting in line. With the recent launch of its open beta, Dirty Bomb is facing this exact same risky proposition, but hasn’t come to the party unprepared.

The good news for Dirty Bomb is that the game has proven to be both stable and fun, without attempting to be too ambitious straight out of the gates. What it does, it does exceptionally well, even though it will also be readily apparent that the game still has a few major wrinkles to be ironed out. Keeping in mind that the game is technically still in beta, this only makes sense. And there hasn’t been a single issue even half as cringe-worthy as just about every single game hitting Early Access on Steam these days. 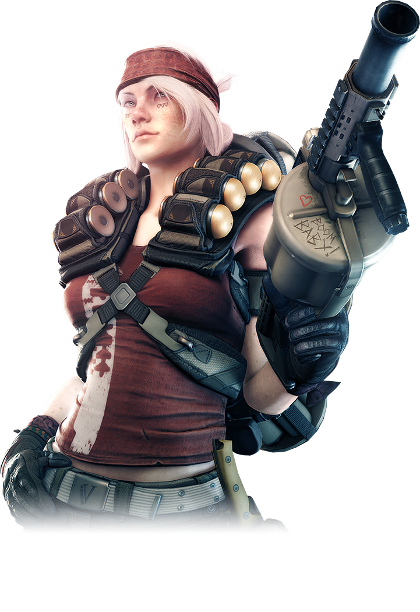 Gameplay in Dirty Bomb is largely focused on completing or defending various objectives on any given map. There are two core modes at present, Objective and Stopwatch.

Objective places one team on offence where their goal is to complete certain objectives before the clock runs down to zero. The defending team’s job is to prevent them from doing so at all costs. While you could look at any given map and assume that either attackers or defenders have a natural advantage, this is where squad selection come into play.

Stopwatch is very similar to Objective, except each team will get a crack at attacking or defending in turn. The first offensive’s team performance will determine how well the opposing team needs to perform when teams switch sides. For example, if the first team only completes the first of three objectives before the clock runs down, the other team only needs to get as far as completion of the second objective to ultimately win the match.

Squad selection does go a long way towards keeping things balanced in either game mode. Prior to queueing in the matchmaking system, you’ll be able to select three different mercenaries for your active squad. Each of the 12 available characters will function differently in combat due to a combination of core stats, weapon loadouts, and active skills. Selecting a well-rounded squad is critical as you will want to account for a variety of different situations and potential needs for your team.

As a perfect example, I’ve been playing one of the more recently introduced characters, Kira, quite often. In certain situations her role as long range support will either completely shine, or simply not be as effective as another member of my squad. Defending on the first phase of the Chapel and Bridge maps is perhaps the best time to use Kira, as her Orbital Strike ability can cause massive damage to the vehicle the attacking team needs to escort across the map. In later phases, different squad members can oftentimes prove to be more effective.

When you add mercenaries to your squad, you’ll be able to select any of the available Loadout Cards you currently own. Each card will determine weapon loadout, and additional attributes depending on the tier of a given card, up to a maximum of three. There are a total of 6 tiers for Loadout Cards, though the final three tiers – Silver, Gold, and Cobalt – provide no additional augment strength above Bronze, but do provide unique cosmetic looks.

Each character will start out with a basic card, but there are a number of ways to obtain more either through active play, or purchasing Elite Cases via the in-game store. The basic Equipment Cases will occasionally be rewarded at the end of a given match, or can also be purchased for 1,000 credits. Opening a case is completely randomized in terms of the quality of card you’ll obtain, and which mercenary it will be for.

Most of the time these have been Iron or Lead for me, though I did get extremely lucky with one case and managed to get a Cobalt (highest and rarest tier) card for Arty. As shown below, each card can be viewed for additional details on its bundled weapons and augments. 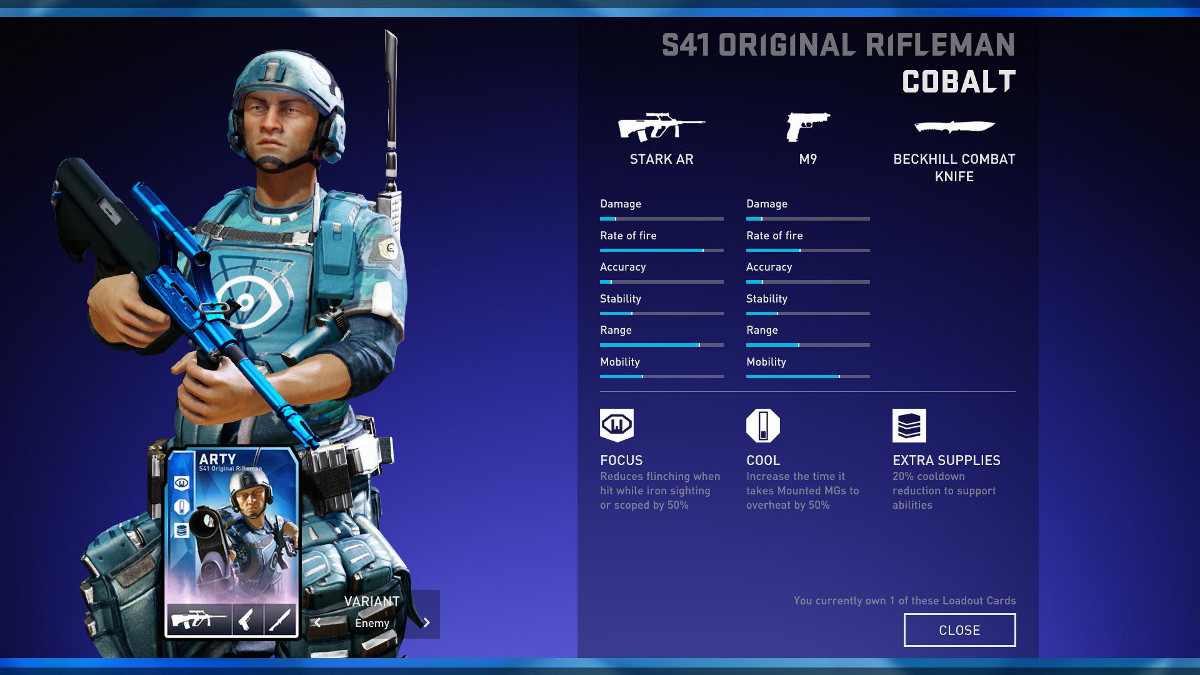 One thing I particularly like about this system is that you also have the ability to trade in unwanted cards for upgraded versions for specific mercs provided you have enough cards and credits on hand to make the trade. You can’t guarantee which weapon loadout or augments the card will contain, but you can at least control the variables of quality and mercenary in the process.

So far I’ve played enough matches to reach level 6, and unlock enough Loadout Cards and mercs to keep things interesting. While Dirty Bomb is somewhat limited in overall scope, I honestly see this as a strength rather than a weakness. What it does, it does extremely well and sits firmly on the fun end of the gameplay spectrum rather than ever leaving me flustered or frustrated.

There are a few missing elements in the open beta that are flagged as “Coming Soon” in the UI, such as the Execute game mode, or the ability to view your Performance Snapshot at the end of a match. However, neither of these feel as though there is a major void left in the experience, and will instead augment the game once they do come online.

While many shooters have issues with matchmaking due to a lack of participants, Dirty Bomb has seen quite the opposite since the open beta began. At times there have been more players queueing than the system can handle, leading to being placed on servers outside of the optimal range. This has already seen some improvements and will no doubt get better over time. I’ve only had trouble finding a match once, though will often be placed in matches that are already in progress.

Dirty Bomb is currently available to play for free on Steam, and is very much worth checking out if you enjoy objective-based FPS gameplay. Be on the lookout for more Dirty Bomb coverage as we dig even deeper into the game, and in the meantime be sure say hello if you run into Sardu during your matches!

To read the latest guides, news, and features you can visit our Dirty Bomb Game Page.