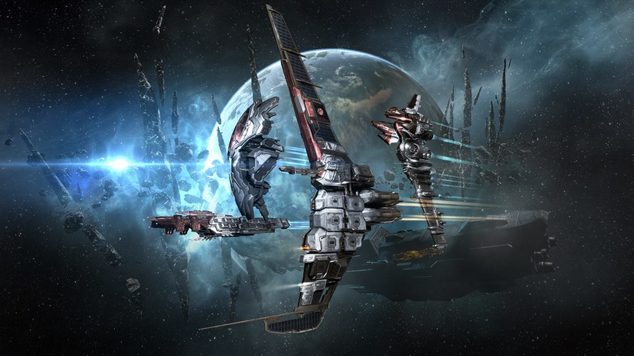 EVE Online: Can you earn lots of ISK from just mining?
One of the first activities that players do in EVE Online that let's them earn some extra primary currency is m

One of the first activities that players do in EVE Online that let's them earn some extra primary currency is mining. EVE Online ISK is used to buy new Battleships, equipment, PLEX, Skill Point and more. Pretty much anything can be bought using ISK which makes this a very important EVE Online currency and one that you need to have a good amount of. Farming ISK through mining is something all players can do and might not be the most profitable at first but it does let you grind your way up.

To get ISK, all you need to do is get Mining on level I which then lets you equip any Frigate you own with the Miner I module so you can mine ore from Asteroids.The ore is then stored in your cargo hold or another specific container according to the needs of that ore. So this is very accessible then and consistent which means it's secure however, this is pretty boring. In the high-sec zones this can actually be done semi-afk so while it might seem very annoying to start with, it does get better and becomes a stable way to earn EVE Online ISK consistently.

The types of mining

How to make the most out of Mining

While you do need to start with Ore Mining, there are still ways to make the most out of the most boring option. The most important this you need to do is utilise Wormholes. Jumping into Wormhole space means you can reach valuable asteroroid fields at gravimetric sites. Though this does require more experience and is quite risky since you are then entering null-security zones so you must be very aware of your surroundings.

To make the most money then, you do need to invest in some skills and modules which does mean you need to use the EVE Online ISK you earn. However, it does mean you will make more EVE Online money in the long-run. This includes modules, updgrades and ships also which will give you higher return.

A good thing to do is to use drones which will mine things for you but have a limited activation timer. Useful for mass mining EVE Online ISK in areas with a lot of asteroids. There are also Combat Drones which will damage and destroy enemey ships which help you when mining in more dangerous places so it's a good idea to bring some with you in the later stages.