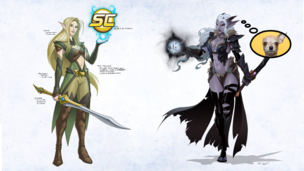 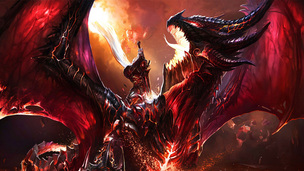 EverQuest Next: Bring Back Flavor Spells
Combat spells may make a game, but flavor spells make an experience. They may not be staples in today's MMOs bu

The
EverQuest franchise is nothing if not… um…
innovative. Whether it’s the controversial sale of level 85
characters for EverQuest
II (though it may just be controversial to me – in actuality
it’s proving
*very* popular) or going against the communities desire for specific
race/class
combinations (though I agree with their reasoning), there’s
rarely been a time
in the franchise’s history that they haven’t been
at the forefront of some new
concept or idea in the industry. This is not only one of things
I’ve come to hope
for from Sony Online Entertainment, it’s something I
expect… nay - *demand*
continue, specifically in the realm of flavor spells.

They
may not be as flashy and immediately understandable
as pure combat spells, but they add a needed ambience to any role
playing game.
It’s the flavor spells of EverQuest that helped cement
innumerable memories
within the hearts and minds of millions.

So
what is a flavor spell? To me, it’s any spell that
doesn’t have a pure combat component. A lightning bolt is
clearly a combat
spell, but something like Sight Graft isn’t. Sight Graft
allowed a Necromancer
to see through the eyes of their pet. It wasn’t the most
useful spell since you
couldn’t control the pet and use them as a scout, but when
you eventually
combined it with the higher level spell, Voice Graft, the results were
beyond
awesome.

I
used mine like a ventriloquist dummy all the time. It
drove most of my friends pretty crazy because like most budding
ventriloquists,
I was a pretty quiet and nice guy. My pet, on the other hand, was a
total ass.
Whether using him in low level zones to give new players quests I would
make up
(I gave them gold, so it’s not like they did it for nothing)
or harassing my
fellow groupmates, the spell was a blast. The best though was the day I
realized
I could use Voice Graft to create fake emotes. Let me tell
you… when my buddy’s
girlfriend saw my pet skeleton “steal 2 platinum
pieces” from her, she snapped.
To this day, I think she still wants to kill me over that gag.
Priceless.

Enchanters
had a number of illusion spells at their
fingertips. This allowed them to not only access cities they would
otherwise be
slaughtered in to purchase spells or tradeskill items they may have
needed, it
also allowed for some amazing role playing. How? Remember that in
EverQuest,
there were race and class combination restrictions. An Iksar
couldn’t be an
Enchanter for example, so I was pretty shocked to discover an Iksar
Enchanter
one day. At the time, I didn’t even know illusion spells
existed. When I
stopped to ask how he made an Enchanter as an Iksar, he just laughed
and tossed
me a piece of gold. To this day, I don’t know what his actual
race was.

There
was also an illusion spell that allowed an
Enchanter to turn themselves into a tree. That’s
right… a tree. Seems pretty
pointless and boring, doesn’t it? It was too - right up until
some enterprising
young soul realized that you would stay in tree form when you died. By
leaving
one item on their corpse, that “tree” would also
persist for 7 days. Imagine my
surprise when running through the Desert of Northern Ro one day when I
came
upon a forest where none had been the day before. Keep in mind that
leveling
took much longer back then, so I had been in that same general area for
weeks.

It’s
moments like these that shift a game from being just
that to something genuinely special. Flavor doesn’t have to
just come in the
form of non-combat spells though. When developers have a little fun
with the
spells they create, it not only makes them more memorable, it makes the
team
more endearing to the players. Take for example, an Enchanter stun
spell called
“Whirl Till You Hurl”. It was a stun that spun the
target in a circle while
they were under the effect. Not really a big deal… until a
mob casts that spell
on you. Let me confirm from personal experience that the screen spins
very fast
and the spell is very
aptly named. I
may not have blown chunks, but even thinking about the first time that
happened, I have to tell my stomach who is boss so it doesn’t
get any funny
ideas.

Another
classic was my Necromancer’s Dead Man Floating
spell. Back in the day, the developers of EverQuest had a penchant for
combining spell effects. Dead Man Floating (or DMF as it was
affectionately
known) gave a player the following spell effects for a little over an
hour:
increased poison resistance, levitation, see invisible, and water
breathing. It
was an extremely useful (and popular) spell that any old EverQuest
player
remembers clearly to this day.

By
creating spells such as these and more, the EverQuest
team imbued the game’s spell system with more than just
numbers – they
instilled a sense of spirit and community. I know you hear me harp
about the
importance of anything that encourages community and this is no
exception. It’s
time for a game to take up the gauntlet and show the world how it can
be done
again. Here’s hoping that EverQuest Next: Landmark and
EverQuest Next are the
games to do it.