Final Fantasy XI: Moogle Kupo d'Etat Walkthrough Tour
With Final Fantasy XIV on the way, many gamers have turned their attention back to Square Enix and their previ

With Final Fantasy XIV on the way, many gamers have turned their
attention back to Square Enix and their previous MMO offering FFXI.
Luckily, the folks at Square Enix have just released their latest major
content addition to FFXI in the form of a Moogle Kupo d'Etat Evil in
Small Doses. The Ten Ton Hammer staff recently had the opportunity to
check out the content included in this mini-expansion and were
intrigued by what we found.

And, just like the sub-head in the game suggests, a Moogle Kupo d'Etat
presents evil to the players of FFXI in bite size increments. After
walking through a rather innocuous door and completing a few quick
quests, players are greeted with a cut scene that really introduces
them to the events in the mini-expansion. Apparently, a great Moogle
threat is pestering your character - who seems to only take the events
half seriously - and it's your duty to not only defeat a squadron of
evil Moogles but save a series of good, "cute" Moogles as well.

The man behind the storyline in "Evil in Small Doses" is Masato Kato,
an individual that was integral in the original plot and direction for
the original Final Fantasy XI, and he's been brought on board to tie up
a lot of the loose ends that were left hanging with the original game.
Masato sends players traipsing about the entirety of Vana'diel
completing quests and learning more about the history of Vana'diel in
the process. New spells have been added for the Blue Mage and the White
Mage, and the Ninja has seen the addition of two new job abilities,
transforming them into either a "tank" or "melee dps" master. A pair of
new monsters have been added as well, and they're known as the Ruszor
and the Gargoyle.

Of course, a variety of new loot has made its way into the game,
including the typical pieces of loot, but also an improved enhancement
system as well thanks to a troupe of pixies that are more than helpful.
Much like the Field Manual system where you can trade items, defeat
monsters, and get the item back with a random improvement, the pixies
can do something very similar - except they give you a variety of
different looks at the item before you accept the enhanced version.

Along with the new pixie, field manual, and class updates, the Moblin
Maze Mongers have also been adjusted. The novelty with the Maze Mongers
was the ability for players to create their own "dungeons," but the
developers have opted to add a little more character to the Moblins by
giving them their own quest line where players can take on a Moblin
trainee and level him up. It's a pretty streamlined quest - all you do
is walk the Moblin next to monsters and he attacks them - but it's
still a fun little, laid back quest that has the potential to give you
a fairly nice item at the end of it.

The last bit of the update that was shown to me during the Kupo d'Etat
tour was the new player event system that's been added to the game.
While it's nowhere near as intense as the Mission Architect system in
City of Heroes, essentially players can go into the game and add their
own objects and/or non-player characters to do things like treasure
quests, scavenger hunts, or races. The messages, appearance and
placement of the objects can adjusted by the players, and then those
must be approved by the GMs in the game. No experience or loot is given
with these player made events, so it's merely a cosmetic, flavor sort
of system.

Veteran players of Final Fantasy XI will certainly enjoy this
additional content, but newer players shouldn't overlook the
opportunity to take in some of the new systems as well, including the
Moblin updates and the event systems. Plus, you certainly must enjoy
all of the lovely Moogles. 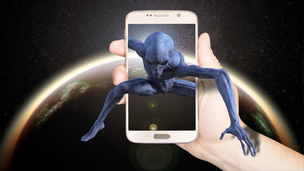