Can you Cash out Steam Wallet?
When gamers learned that Borderlands 3 planned to release its game on Epic Store and not Steam earlier in April
Editorial
Counter-Strike: Global Offensive 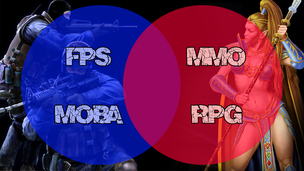 A Shift in the Meta - Chance vs. Skill
Veluux examines the dichotomy of skill and chance based mechanics and the shifting trends of online gaming.
Feature
Counter-Strike: Global Offensive 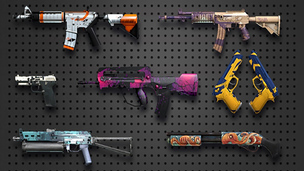 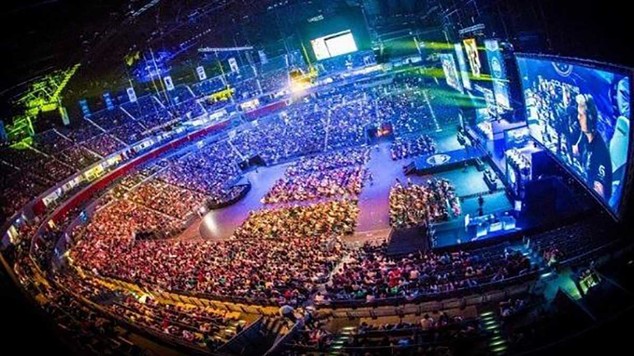 Four Upcoming Counter-Strike Tournaments You Should Watch
One of the most popular esports games Counter-Strike: Global Offensive has gained its popularity among the prof

One of the most popular esports games Counter-Strike: Global Offensive has gained its popularity among the professional players and gaming fans. Event organisers have seen the Counter-Strike viewership increase year on year, reaching over 1 million average viewers in 2018, organising several tournaments throughout the year. The betting operators have quickly caught up on this exciting first shooter multiplayer game and for the past years have increased their interest in offering CSGO betting for all major tournaments.

Three days after the FACEIT Major in London is over, another Counter-Strike event will take place in New York. ESL will be organising the premier tournament between the 26th until 30th September at the Barclays Center. The top eight Counter-Strike teams will go head to head for their chance to win a share from the total cash prize of $250K.

In the history of ESL One New York, Natus Vincere (NaVi) defeated Virtus. Pro 2-1 in the 2016 Grand Final, taking home a surprising reward of $125K. The following year, FaZe Clan won over Team Liquid with an unbeatable score of 3-0, claiming the championship trophy and their remarkable prize of $125K.

The ESL One event will bring along many local gaming fans to the arena in support of two home teams, North American qualifiers, NRG Esports and the invited Team Liquid. These two squads are expected to be the favourites in this competition as they are playing in their home country. Faze Clan, Fnatic, G2 Esports, Mousesports and Natus Vincere are five top esports units that received direct invitations to take part at the CSGO tournament. Another team, Gambit have also earned their spot for ESL One New York 2018, ranking first place in the European qualifiers. Now that you know which squads will participate, on whom would you place your CSGO bets?

If there was a unique opportunity to show your skills in Counter-Strike, would you take it? You could meet up close with Team Liquid player Nicholas ‘nitr0’ Cannella and challenge him in the YOU vs PRO match. Maybe who knows, you could have a bright future ahead.

ESL One New York will be available for you to watch online via YouTube, Twitch, ESL TV and some of the top CSGO betting sites that offer live streaming. Who do you think will become the new Legends of ESL One New York 2018?

Istanbul will be the first International host city to celebrate all that is Counter-Strike: Global Offensive at the Blast Pro Series event. The tournament will take place at the Ülker Sports Arena between the 28th and 29th September 2018. Top six Counter-Strike teams received invitations to compete for a prize pool of $250K.

The first BLAST, Pro Series competition launched in Copenhagen in 2017. The grand final saw SK Gaming win over Astralis with a score 2-1. An advantage in two maps, Inferno and Cache, declared SK Gaming the winners, taking home the championship trophy and a reward of $125K.

The CSGO tournament will be a show unlike any other esports event with around 10K Counter-Strike fans expected to attend. The blast Pro Series Live streaming will be available for you to watch online while you place your bets on CSGO teams. Breaking viewership records, Cinemas and the Flow TV station will be broadcasting live, reaching an audience of over 200 million across 100 countries worldwide.

The Blast Pro Series Istanbul will be the biggest esports event in Turkey, featuring their home team, Space Soldiers. Alongside the local favourite squad, there will be five other top Counter-Strike squads, Astralis, Virtus. Pro, Ninjas in Pyjamas, Cloud 9 and Made in Brazil taking part on the world stage. 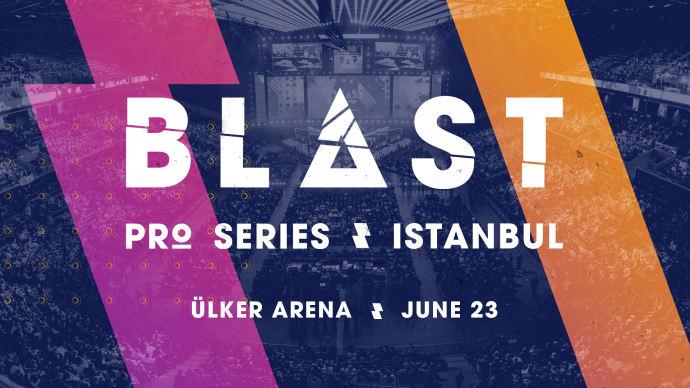 Being one of the shortest gaming tournaments that will take place on two days, the Blast Pro Series format will kick off with the Group Stage matches in a best-of-1. Each unit will compete in five CSGO games. The top two in the Blast Pro standings will advance to the Grand Final in a best-of-3. The world will be watching the best teams entertain the global audience to battle it out on game day. The winner of the Blast Pro Series Istanbul will win an iconic trophy and the first prize $125K.

Another bonus match is the Blast Pro Standoff that will feature the third runner-up who will get to choose their worthy opponents. Whoever wins the Pro Standoff will win an added $20K to their winning cash prize.

All eyes will be on the Blast Pro Series in Istanbul, Turkey which will be an exciting and fast-paced energised tournament, after all this is Counter-Strike at its best. Which team do you think is worth betting on CSGO to take the esports title?

The Beyond the Summit event organisers are famous worldwide for their laid-back esports tournament, the CS Summit. Many esports fans have been in anticipation of the third CSGO Major, the CS Summit 3 which will be held between 11th until 14th October at the Summit House in Los Angeles. Eight Counter-Strike teams will be competing against each other for a big cash prize which has yet to be released.

A look at the past seasons of CS Summit 1 and 2 was quite a big hit among Counter-Strike fans around the world, following their favourite players in the matches. Add to this, the spontaneous behind the scenes casting of top cyber athletes analysing other teams. They get to share the exciting insight into CSGO strategies in a relaxed environment.

There is a lot to be excited about at CS Summit 3 for all fans following the matches, as well as for the esports players battling it out for the final prize. The month of October marks a kind of short break from the CSGO competitive scene with only one major event taking place.

The best thing about broadcasting direct esports tournaments is the spontaneity, jokes and mistakes that happen live on TV, adding beautiful memories of the CS Summit.

Even though the organisers have yet to announce the team’s line up at The CS Summit 3, it is expected to be another great CSGO success. Be sure to follow the top teams that compete in the recent past events to help you decide on which squad to place your CSGO Esports betting.

ESL esports organisers will be hosting a prestigious CSGO gaming event in Chicago at the Wintrust Arena. The premier tournament will take place between the 6th until 11th November 2018, featuring top sixteen units that will battle to win their share from a prize pool of $250K.

The Vice President ESL, Michal Blicharz explained the decision to organise IEM esports event in Chicago. “We are happy to have found a brand-new long-term home for Intel Extreme Masters in North America. Chicago, with its strong worldwide reputation and sports history, is a perfect fit for what we are aiming to build with IEM in the years to come.”

Esports Tournaments held around the world give you the opportunity to see new beautiful countries and places apart from watching the best Counter-Strike players battle it out. Chicago has some of the most beautiful gardens like the Millenium Park or The 606 Humboldt Park that you should visit. You could take a boat trip around the river, taking in the spectacular architecture and skyscrapers that line the streets or perhaps a bird's eye view of Chicago's skyline, 94 floors up at John Hancock Center. 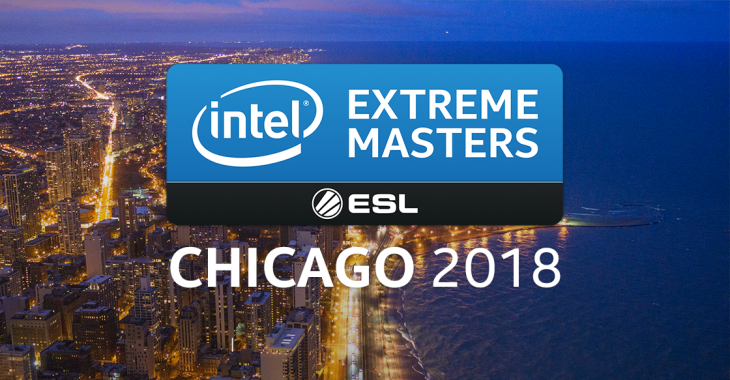 The Intel Extreme Masters Chicago invited the top ten CSGO teams, Astralis, Big, FaZe Clan, Fnatic, Team Liquid, MIBR, Mousesports, NaVi, NRG, Renegades. Five teams had gone through Regional qualifying matches to earn their spot in the main tournament, North and Avangar for the European region, the North American squad EUnited, Luminosity for South America and MVP PK for Asia. The sixth participating squad still has to be determined from 20 units that will compete in the GG.bet Shuffle.

Esports players have spent endless hours training to compete to the best of their ability towards earning their best ranks in prestigious Counter-Strike matches. All you have to do now is wait and see the results of the FACEIT Major in London to give you an idea who could be the next best esports team worth wagering on in the next tournament.

Eighteen years have passed since Counter-Strike was released, thanks to your gaming support CSGO remains to be one of the best competitive esports out there. From New York to Istanbul, all the way back to Los Angeles and on to Chicago, you cannot miss out on the upcoming four esports tournaments. After all, these events are a celebration of all that is Counter-Strike: Global Offensive.

Can you Cash out Steam Wallet?
When gamers learned that Borderlands 3 planned to release its game on Epic Store and not Steam earlier in April
Editorial
Counter-Strike: Global Offensive

A Shift in the Meta - Chance vs. Skill
Veluux examines the dichotomy of skill and chance based mechanics and the shifting trends of online gaming.