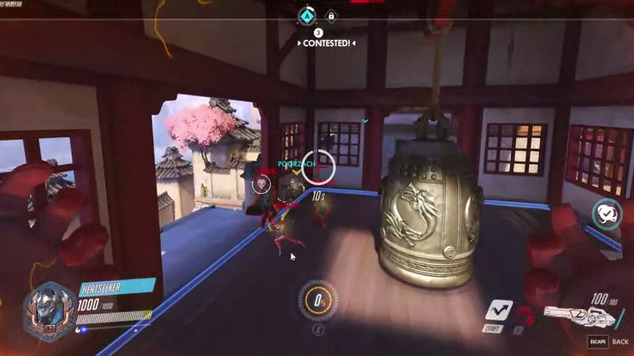 Here's the Quiz You Absolutely Need To Try

I've gone a bit mad for quizzes. Pub quizzes, the QuizUp app, and generally just asking each other what we think is a brain buster question. It's still a bit of a mystery as to what brought this on, maybe it was the World Cup and the sense of competition hanging in the air, but either way, we want to quiz and be quizzed. We're even still checking here again and again to see if we can get the .quiz domain ending, but sadly it hasn't appeared yet. We're not entirely sure what we'd do with it, but it would still be cool to have. Long story short: we're all about quizzes.

You probably know how much we love games over here, so we're going to give you 12 questions that should be somewhat difficult for the majority of gaming fans out there. The questions will be in multiple choice format and the answers will be given at the bottom, but no cheating! Let the games begin.

1. What was the original name of Mario?

2. When was the Nintendo Entertainment System released in the USA?

3. What was the name of the digital camera device sold for the PlayStation 2?

4. What is the highest-selling video game of all time?

5. What was the name of the villain in The Legend of Zelda: Majora's Mask?

6. What's the name of our hero in the Metroid games?

7. Which League of Legends champion is also known as The Thunder's Roar?

8. What item in Mario Kart will always hit the race leader (and no one else) when fired?

9. Which company created the GoldenEye game for the Nintendo 64?

10. What is the name of the main character in God of War?

11. What is the name of the hugely annoying parasitic aliens in Halo?

12. Which Mortal Kombat character is half man/half horse?