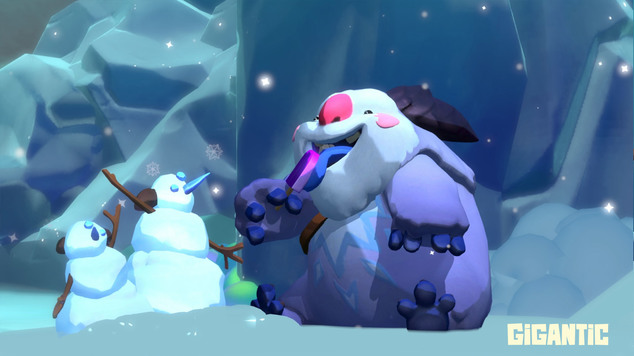 Gigantic: How's It Doing?
After a six month break, has Gigantic improved and is it any nearer to launching? Here's our thoughts.

Its been many months since I last played Gigantic and I left at a time when its developer, Motiga, was in precarious territory. With staff redundancies, limited funds and no clear path to release, it was with relief that Arc Gaming game to their rescue. Six months on (if not a little more) is Gigantic better off and are we any closer to seeing a launch? I thought I'd take a quick look.

I have to admit I’ve missed Gigantic. There’s nothing like it on the market, from a gameplay and aesthetic standpoint. It’s beautiful to look at and has some of the best art direction I’ve ever seen. Although it shares many similarities to other games on the market (its effectively a team based arena brawler with limited action sets) it offers much more than that. Where Battlerite only has combat, or Paragon finds itself chasing a MOBA design, Gigantic does away with all this. Instead, it has a unique system that sees players gather Power for their respective Guardian, before it then rampages across the map. 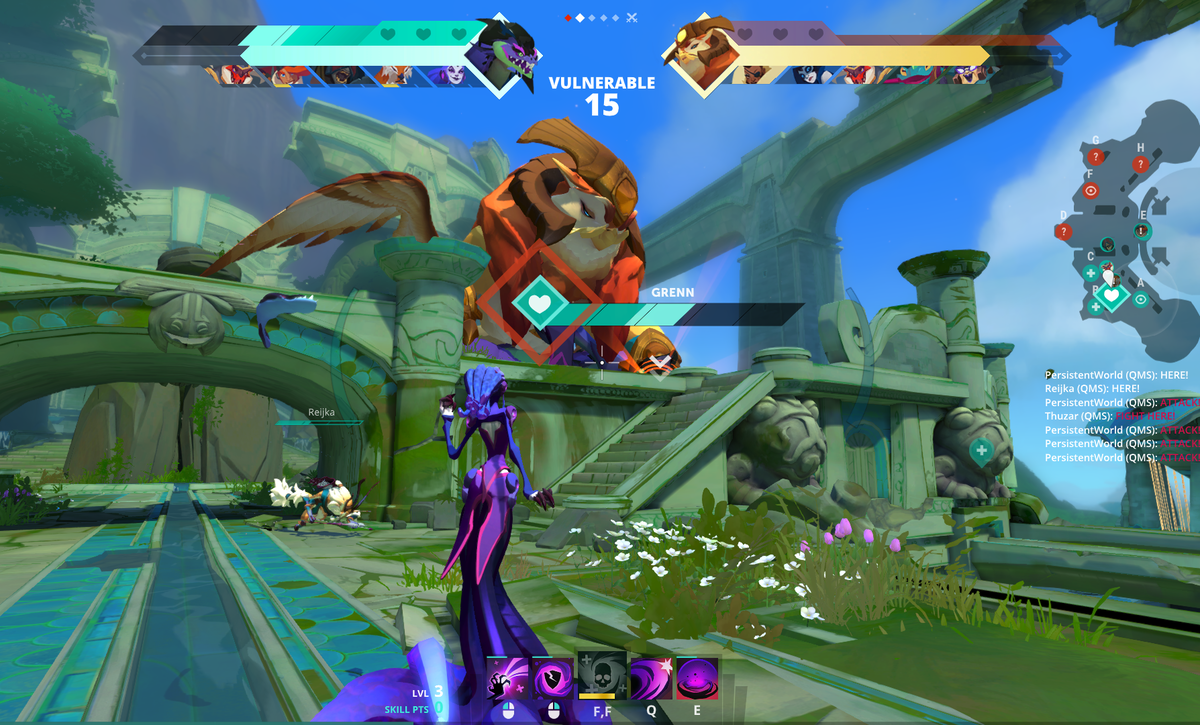 It sounds relatively simple, but there are many ways that not only go into powering up your Guardian, but also preventing the enemy from powering theirs. The use of Creatures to protect Control Points, the ability to upgrade them, and the exchange of power if you kill or be killed all goes into one big pot. The end result, combined with the fast pace and slick visual effects, is a game that has a rapid pace with a great deal of personal skill required.

While much of the above has always been "Gigantic" - certainly for as long as I’ve played it - it’s clear that Motiga have spent a great deal of time and effort polishing the game and refining the Power system. Where the user interface was once placeholder and with the Guardian rampage mechanic relatively confusing (certainly for a new player) both have been streamlined and I assume, finalized.

The new user interface is wonderful and not only does an incredible job of relaying a great deal of information, but it perfectly suits the existing art style. Unquestionably one of the most difficult things about Gigantic is understanding how much Power your Guardian has, how much the enemy has and what is actually providing that Power. Cleverly Motiga have found a solution to this with a rather slick interface, at the top of the screen, that relays in real time what’s being generated. 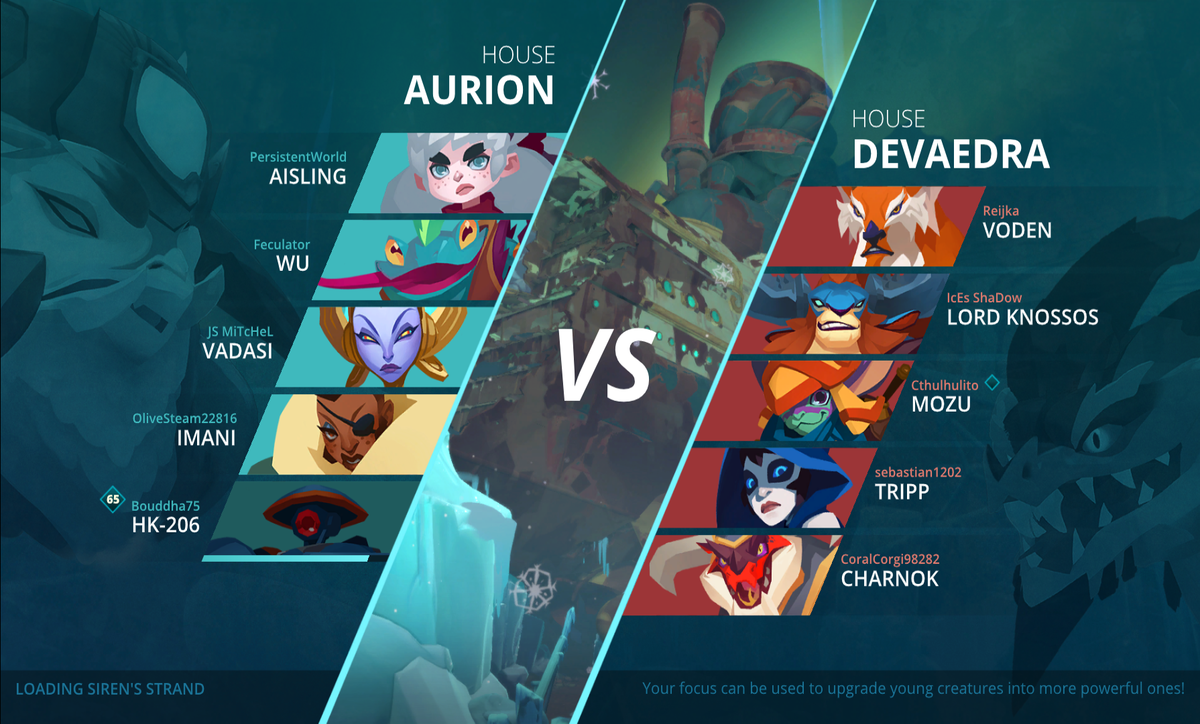 The loading screen now has a flashy new look.

From a gameplay perspective this issue alone was one of Gigantic’s biggest hurdles, and the game is instantly better for remedying it. Not only that, but there’s now a whizz of fantastic graphics to signify your Guardian is on the attack. Interestingly, final animations have also been added to Guardians that seem themgrapple one another for supremacy during a rampage, providing an amazing visual display that has bite and real “oomph”. It’s the level of detail both Guardians desperately needed in order to come alive and feel part of the overall battle.

So what about the rest of the game? Well, it still only has the same three maps but they’re all exceptional and offer very different approaches to how you need to build your team. Ghost Reef has undergone a few more minor changes to its layout and is much better for it, while Siren’s Strand is now complete: it’s a truly brilliant map. As with everything in Gigantic, all the maps look and feel fantastic and with more in the works (including the possibility night time variants), the lineup should look rosy for launch.

As far as heroes are concerned, Pakko has officially launched (yet again wonderfully designed) with Zandora right around the corner. There’s also a host of frost themed skins and creatures that have been added to a storefront that, overall, is looking very polished. 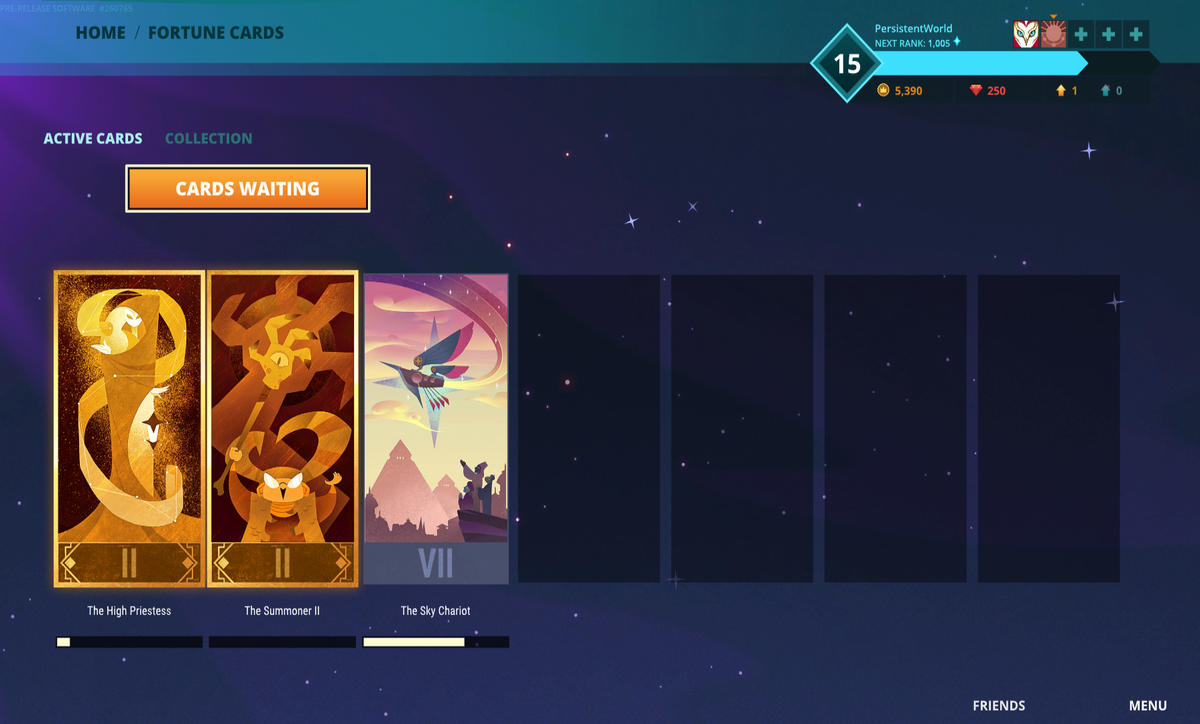 If there’s anything of concern with Gigantic right now, it’s simply that its integration with the Xbox Live app is relatively wonky. I’d like to see everything undertaken solely within the client, but for now it often requires doing simple things such as inviting a team mate through Xbox Live as opposed to in the game itself. Not only that, but basic features such as adding someone to your friends list after a match, reporting an AFK player, or talking in the lobby (or even the match itself) are totally missing.

For a game so reliant on communication and team work, it’s odd that lobby and in-game chat still hasn’t returned and in many ways this lack of knowledge sharing does seem to manifest itself in how people are playing. While the tutorial does a reasonable job of providing the information players need, there are nuances and complexities to the ebb and flow of Gigantic that can’t be tutored in such a rigid environment. Having players being able to chat in the lobby would do wonders for sharing information, tactics and tips.

Besides the above, I’ve never seen Gigantic in better shape and it feels more than ready to launch. It remains fast paced, frantic at times, tense and with a great deal of skill necessary to succeed. There’s still improvements to be made with Hero balance, (crowd control, the ease of mobility on some Heroes are far too strong) but that’s entirely natural for a game that’s in Beta with new Heroes still entering the roster.

What’s surprised me the most (well, probably not actually) is the fact I’ve instantly abandoned all my go-to games once again. Instead, I’ve been filling all my spare time playing Gigantic. There’s just something about it that’s compelling and unique and if you have any love of competitive games, it’s a game you should be gravitating towards. Considering it’s also free (but requiring Windows 10 or an Xbox right now) if you have either, you should definitely pick it up.