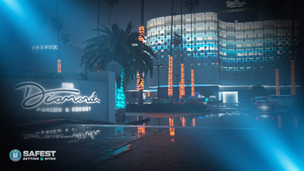 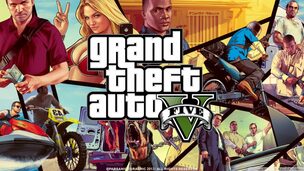 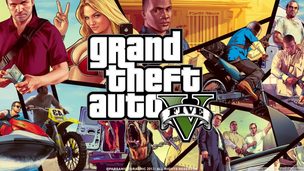 Those of us in the MMO industry love to theorize things, especially when major AAA game launches happen like Grand Theft Auto 5. Open world sandboxes like GTA 5 allow players to openly explore the world and sort of pick their own adventure, something the MMO industry emulates to a degree with games like The Secret World. Games like All Points Bulletin give the illusion of following the GTA open world sandbox mechanic, but use clever UI tricks to copy the artistic style more so than the gameplay.

The interesting thing about GTA 5 is that there is no PC launch, nor is there any record of one ever appearing. Major gaming news outlets have been working desperately to get a release date out of Rockstar and so far there is nothing but some PC preorders popping up on various versions of Amazon at random. What corrolation does this have to MMOs? Well

There is a small chance that GTA 5 may release to the PC in MMO form. Right now, GTA 5 comes with a neat second version of the game called GTA Online which opens up in October. It uses the same world and engine as GTA 5, but allows up to 16 (or 32 depending on who you talk to) players to play a persistent version of GTA 5.

Hrm, persistent. Where have we heard that before? Oh, thats right, the definition of an MMO to many people is a massively multiplayer online game that incorporate a persistent world, ala World of Warcraft. If Rockstar is building out an engine that allows 16 to 32 players to play online persistently and they are delaying the PC launch, which is inevitable, then what kind of conclusion can we make?

Is it possible that theyre looking at making an actual MMO version of GTA 5 due to the delay on releasing to the PC? I think so, I really do. I think there are two options going on here. The first is that the PC delay is because they want a second wind in marketing. They delay the PC version until either the holidays or into next year and get a second round to promote their game throughout the media.

The other alternative is that GTA 5 and GTA Online is leading into an MMO version of GTA. It could work out that purchasing GTA 5 allows you access to a large persistent version of GTA or it could be its very own spin off, either way the chances are there.

Why do you ask? Well, lets be honest, who doesnt love the chance to charge micropayments and with the GTA Online system incorporating custom character creation / vehicle modification / etc. there is a wide open world for charging players for services. It might not even be super huge persistent worlds. Maybe itll be like APB with 100 players to a map and that might be what the delay is, there will be multiple copies of the world and youll switch channels or servers between them, but on a much larger scale than the consoles. Instead of 16 maybe itll be 100 players or 1000 players per map.

Then again, the delay of GTA 5 for the PC could just come down to marketing and I might be a raving lunatic for thinking otherwise. Delaying the PC release just means that they get a second round of reviews and hype for the game, which synergies well once the console game takes a hit in its price around the holidays.

I do have hope though that at some point we will get a GTA like experience wrapped up in an MMO. APB is nowhere near a true GTA experience, its simply a capture the flag / king of the hill style third person shooter that allows multiple games to go on during the same map. Id actually compare TSW to GTA far quicker then I would APB. In TSW you basically walk around taking missions from whoever you want and do whatever you desire.

Do you think that GTA 5 will become a GTA MMO? Let us know in the comments section below.