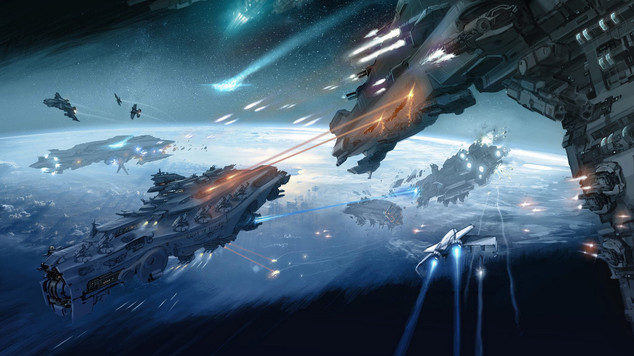 Hands-On with Dreadnought at PAX South 2015

We had the chance to get our hands on YAGER's upcoming Dreadnought during PAX South 2015 and share our thoughts on why you'll want to keep your eyes on the game in this hands-on impressions piece written through the eyes of a Tactical Cruiser pilot.

Before getting a chance to play Dreadnought during PAX South 2015, I had a basic concept of what to expect bouncing around somewhere in the back of my brain. I had assumed that Dreadnought was essentially a technologically advanced take on World of Tanks that took advantage of z-axis movement, and the occasional map in space rather than strictly on a planet’s surface.

Following two rounds of team deathmatch during the expo this past weekend, I would argue that there is a sliver of truth to that earlier assessment, but I was pleasantly surprised to discover that Dreadnought is a far more distinctive and unique game than one might expect. Due to the sheer scale of the ships involved in Dreadnought, you do get subtle hints of the slower, more calculated movement of a tank. Likewise, you’ll find a variety of different roles you can play during any given match based on ship selection. However, the game does offer plenty of additional depth under the hood that we'll touch on here for our first hands-on preview. 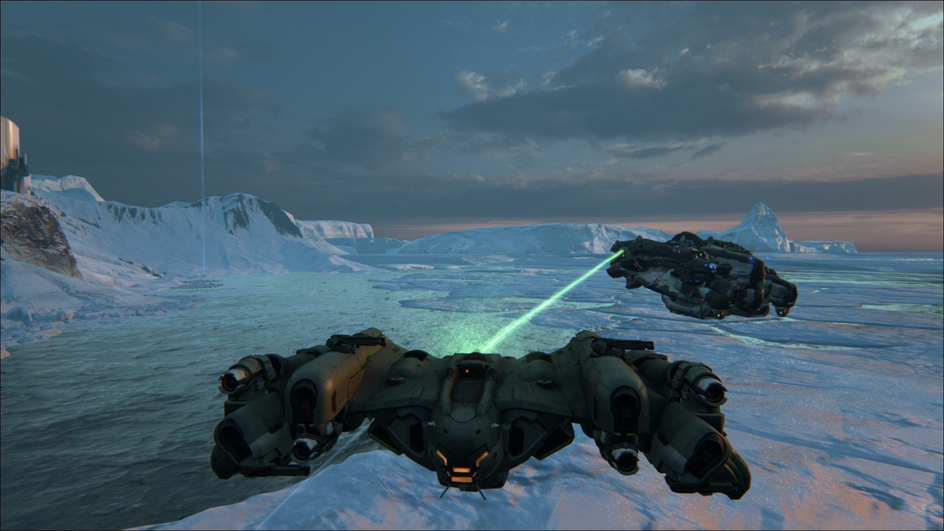 Hands-On with the Tactical Cruiser 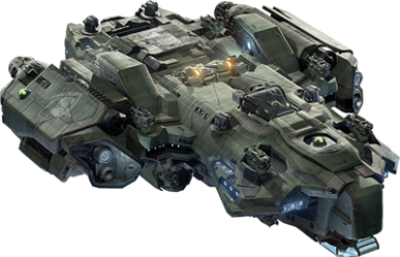 For our two matches I opted to play the Tactical Cruiser which fulfills more of a support role. While it can certainly dish out a solid chunk of sustained damage at opportune moments, the cruiser was most effectively used in more of a straightforward healing role. This is primarily done through use of a channeled beam weapon (Medium Beam Turrets) that can also damage enemies depending on what you have targeted at the time.

The Beam Amplifier active ability can also be used to dump all of your ship’s energy into the beam turrets to help dish out a sizable chunk of damage or quickly heal an ally to near full health in dire situations. The tradeoff here is that you’ll regularly need to decide how to juggle the energy resource, so using the beam amplifier will leave you in a position without having any shields, for example.

The real magic behind the tactical cruiser ended up being the forth active ability that would allow you to warp directly to the currently selected teammate. During our first match I was admittedly a bit stumpy when it came to knowing when and why to use the teleport, but by our second match felt I had a good handle on how everything worked. While our team still had a couple of deaths during the second match, on the whole I managed to keep my team up and running for what ended up being a comparatively swift victory.

The key mapping in Dreadnought is highly intuitive and would feel quite comfortable for anyone who has spent time playing MMO or FPS combat on the PC. There are a few key pieces of the control puzzle you need to learn and eventually master, yet I would argue that any game that gives me the impression that I know what I’m doing on only my second match must be doing something right in that department. 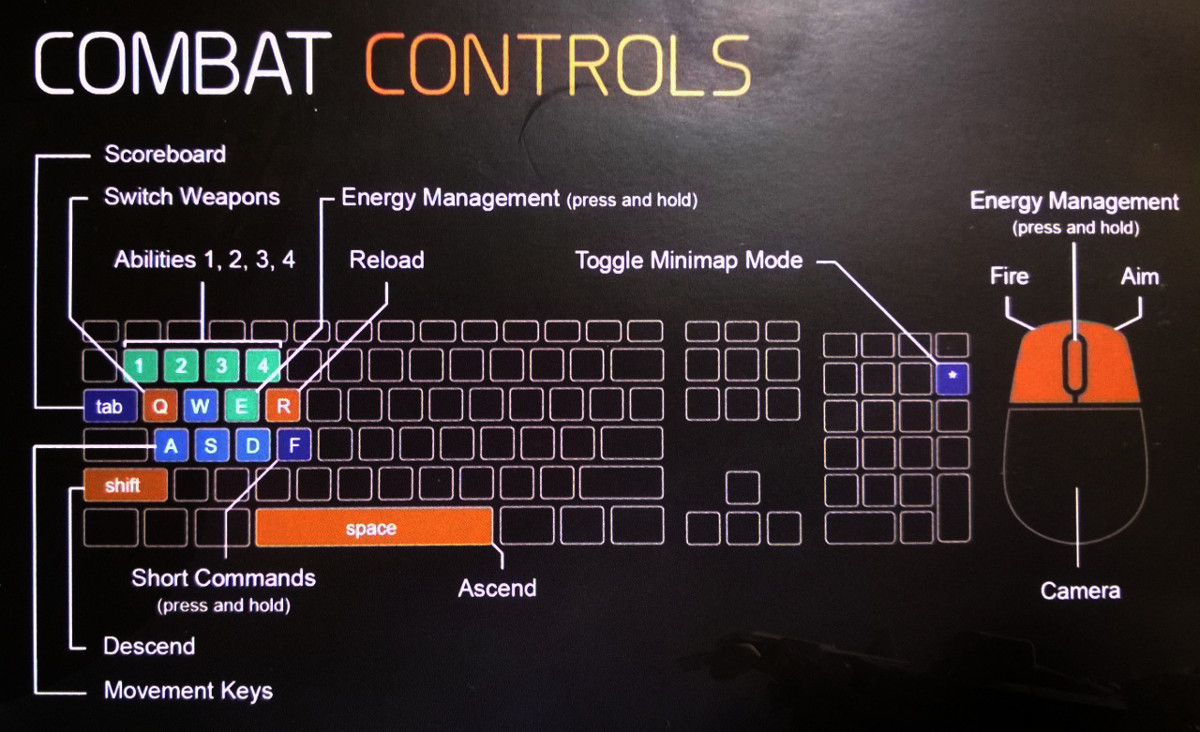 A quick overview of some of the combat and control particulars for Dreadnought include:

Your core movement follows the standard WASD mapping, augmented with using the [Space] key to Ascend, while the left [Shift] key allows you to Descend. While basic movement in the Tactical Cruiser could feel a bit sluggish at times, there are other ship options that are intended for greater mobility. This also carries over into another combat control system you’ll want to master early on, including…

I quickly discovered that effective energy management is critical to success in Dreadnought combat. Unlike an MMO where you simply cast spells or swing a sword until your energy is depleted, in Dreadnought your energy is also going to help shift the priority of how energy is spent in one of three ways: movement, damage, and shields.

These are all pretty straightforward concepts, and are quickly accessible through holding down the [E] key on the keyboard, or optionally holding down the middle mouse button. This opens a very simple radial menu that lets you change energy settings on the fly. 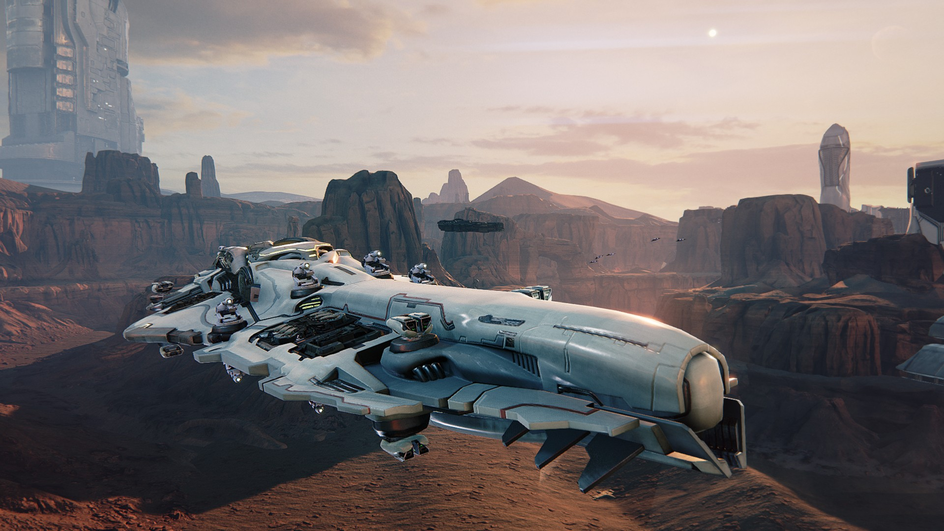 I found that all three settings had definite purpose and use cases, and also injects some critical decision making into the mix of combat. Above I had described a situation where you could use the Beam Amplifier on the Tactical Cruiser to rapidly heal an ally, or help finish off an enemy. However, doing so means you won’t be able to immediately put up your shields which would otherwise help protect you while waiting for the cooldown on your teleport ability to finish. In fact, that was exactly the situation I found myself in during our second match that caused my only death for that round. My ally survived that particular scuffle, but had I managed my energy more effectively I would have been able to quickly warp out of harm’s way.

There are multiple options for weapons in Dreadnought that can quickly be cycled through using the [Q] key. From there, you fire using the left mouse button, while the right mouse button allows you to aim for greater accuracy.

These base weapons are augmented by 4 active abilities, mapped to the 1-4 number keys. Many of these skills may have conditional factors much like MMO combat based on things like line of sight or distance to target. A very subtle and incredibly helpful touch is that Dreadnought features small icons representing these four skills in the center of the main HUD. For example, if I’m able to warp to an ally in the Tactical Cruiser, the forth icon will be lit up in the HUD when targeting an ally.

This means I don’t have to spend time watching cooldown timers on the main hotbar, though doing so is still an option.

Wrapping it All Up

Overall I found my hands-on time with Dreadnought to be highly enjoyable, and I absolutely plan on spending more time with the game as soon as possible following PAX South. You can check the game out for yourself via the official website, or we’ll also be providing a more detailed look at Dreadnought once some of the event dust settles.

Also be on the lookout for our exclusive video interview for another of the Grey Box-published titles at PAX South, Petroglyph’s PC RTS Grey Goo. That one will be hitting your friendly neighborhood Ten Ton Hammer as soon as our team of subterranean video editors can package that puppy up!

To read the latest guides, news, and features you can visit our Dreadnought Game Page.