Balanced decks are exactly what they sound like.  They aim for a balanced approach to the game.  Balanced decks look to be able to handle all other decks in some way, while still applying their own pressure from the early game through the late game.  While not specifically focused on an early game rush or a late game win, these decks want to apply pressure throughout and win by being able to answer every threat.  They do this by focusing on cost effective cards.

This guide looks at two typical Balanced Decks and how to play with them or against them.  Each of these decks can help you make your way to the top of the ladder if played correctly.

IMPORTANT NOTE: Deck lists change often, so it is important to note that these lists were made in February 2014 and can be considered competitive at that point in time.

Paladins are a great choices for balanced decks as they have class cards that are able to provide control and cards that can provide huge hits later.  This deck is one that I have used to great effect in the ladders, and it does well no matter the opponent you face.

This deck is all about two main stages.  First off you want to control the game early by clearing enemy minions with your minions that have been boosted with your Sword of Justice. Better yet, use a summoned Knife Juggler and your Imp Master to keep clearing the board of low cost minions for the early game.  Remember that even though your Sword of Justice can be used to attack, it is almost always better to not attack with it, leave it’s durability in place to boost minions.

The mid and late game both revolve around keeping pressure up with low cost minions and deflecting damage against you personally with taunt. At this stage you also want to use cards like your Equality, Consecration, Avenging Wrath, Blessing of Kings, and Truesilver Champion to clear the board whenever the enemy gets minions on the board.

Even later into a match you aim to get out your heavy hitters like Ragnaros and Tirion for the late game hit. Tirion is by far and away the best legendary in the game, with the potential of doing 27 damage all on his own if not silenced (multiple attacks, and then the deathrattle weapon provided), therefore he has the ability to win a game almost all by himself.

If you find yourself running out of steam in the late game you have Lay on Hands to bump up your health and help boost you to a nice card advantage to get you moving again.

How to Play Against  Paladin Balanced

Playing against this deck is about recognizing the threat cards and saving ways to deal with them.  The main threats that you can control are the Knife Jugglers early on, and Ragnaros and Tirion later in the game.  Silence cards work amazingly well for these, even though Ragnaros can then attack.  You must save a silence for Tirion if at all possible.

Many of the other cards cannot be dealt with, as there is no real way to stop an Equality / Consecration, unless you are a Mage with Counterspell.  The way to deal with them is by mitigating their effect.  Try to trade minions early and effectively. The deck has very few big threats and relies on slow steady damage over time, therefore if you can stop that slow steady damage, you will likely outlast this deck and beat it.

Lastly, since this deck features 4 weapon cards an Acidic Ooze or two in your deck can really mess this deck up.

This deck works best with at least a Knife Juggler and a Sword of Justice in your hand to start with, therefore you should throw away anything else in an attempt to get those.  If you go second and have the coin, the best play is to wait for turn two and then use the coin and bring out your Sword of Justice to start boosting minions on turn 3.  Counter to normal strategy, if you can do this, I normally attack with the Sword to at least get a point of damage out of it, just in case your opponent has an Acidic Ooze in hand.

If you do not get the coin by going second, you want to get a Paladin summoned minion out on the second turn and then the Sword of Justice on turn 3, followed up by the Knife Juggler and something else on turn 4.

The deck outlined above has a number of options open to it, that I flip through as my mood see’s fit.  Once strong option that I sometimes prefer is to swap out the Wild Pyromancers for Argent Squires.  These provide you less board clearing ability, but do provide a faster starting hand option, and trade extremely well in the early game.

Another good swap can be the Faceless Manipulators being put into the deck, because if 1 Tirion and Ragnaros is good, more must be better, right?

If you do swap in the Argent Squires and even potentially some Argent Crusaders then you also will have additional divine shields (7 in the deck total) which can mean that swapping in a pair of Blood Knights is also a strong option.  Imagine summing a Blood Knight on turn 4 with a Sword of Justice active after going second and 2 minions with divine shields up, this would generate a 10/10 minion on turn 4.  Even late game that would be huge, never mind by turn 4 or 5.

This is a great list that can be used to get pretty high up the ladder and only uses a few legendary cards, which can be swapped out for cheaper cards if you have to. It focuses on early game clearing, and then mid-game taunts, and mid to late game heavy hitters.

This deck has a lot of things going for it.  Playing it is broken up into several phases, early game control, mid-game taunts, and late game beat down.

Early on this deck has great board control with all of the lightning cards, Feral Spirits, and the Wild Pyromancer.  Don’t forget your totems as well, which can provide an extra blocker or even better a healing totem.  The goal early on is to shut down your opponent and keep board control with minimum card usage.  Stormforged axe is another great card early in since it lets you kill off 3 low cost enemy minions with one card.

Once you are into the mid game you are looking at some big blockers or attackers.  You can pull out your elementals to get a big game advantage.  One of the best minions you have is the monstrous Earth Elemental who is way better than his mana cost.   Also do not forget about your Unbound Elemental.  If you can get him out while you also clear the enemy minions with some lightning, you can setup a massive attack the next turn.

Once you are into the late game, all of your mid-game minions still play a big role as they have huge threat.  This is the time you can bring in your biggest hitters as well though.  Remember to keep the board as clear as possible, and make use of your Faceless Manipulators for either your minions or the opponents minions if they get something better than you out.

How to Play Against  Shaman Balanced Deck

Playing against a shaman deck has a lot to do with timing and patience.  Since many of their cards can remove multiple minions at once, or damage all minions, it is important to not setup a situation where this is possible.  This means not putting out all of your 2-3 health minions at once to be cleared by a Lightning Storm, no matter how much you want to have them on the board.  It also means holding back removal or silence cards for the key moment and not burning them early.

Many Shaman cards have overload and therefore mean that your opponent will be weaker than normal for a turn after playing them.  Use this to your advantage.  Keep key cards in hand and play them after overload cards are played.  This will make it far less likely that your minions can be removed the next turn as the Shaman will be short on mana.

There are so many great opening cards in this deck that it is hard to choose.  For me personally I always look for at least 1 cheap damage spell, a Stormforged Axe, and a Feral Spirit card.  Having the three of these in your hand sets you up for a solid early control phase.  From this base you can almost always get card and board advantage going into the mid-game.

While I have Ragnaros in the deck as a great finishing card, another option could be Sylvanas Windrunner instead as she gives you a strong minion with a great deathrattle effect.

A second great late game finisher card is Ysera, which can be added in as well.  She can be extremely effective, as can Ragnaros, especially with Faceless Manipulators in the deck.

Another option that many players like with this deck is to swap out a pair of minions for a pair of Hex spells. If you do this it becomes a choice to remove two higher level minions, making the deck faster, or remove two lower level minions making it a bit more control based.

What are your thoughts on these two Balanced Style decks?  Are they similar to what you use?  How would you change them up? Do you have your own completely different Balanced deck?  Let us know by posting in the comment section below. 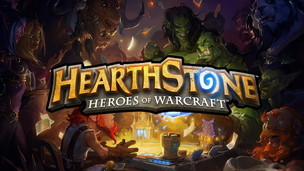 Top 10 Reasons Why Hearthstone is Successful