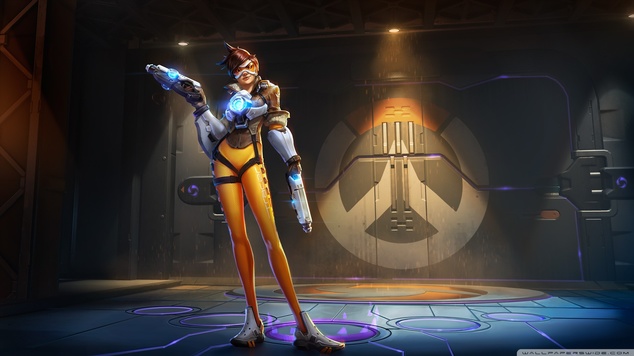 Our ever popular Heroes of the Storm Tier List ranks each Hero in a Tier that we consider to be "the best" and while we have descriptions next to each detailing why they're there, its detail is intentionally limited: we want you to be able to quickly view the list and see where Heroes are placed. This article will, upon every change to our Tier List, reflect the best 5 assassins in Heroes of the Storm.

After Chromie's rework, there's no mistaking that she's a monster in the right hands. With outrageous range and enormous damage, she can poke with ease and survive dive from most Heroes thanks to her Time Trap. If you also factor in how easy it is to complete her Sand Blast Quest, allowing her to bombard enemies with even greater potency. Factoring in the zoning potency of Slowing Sands, or the fact she gains all her Talents 2 levels early, there's little wonder she's in such high demand. As long as you can aim well, there's no stopping her.

A ridiculous lane bully, Fenix can win just about any solo lane matchup. Not only that, but his lack of mana and a personal shield ensures when he does join his team, he can bombard the enemy with ease. Both his Heroics are excellent, and he can comfortably escape when the need arises. While he's vulnerable to repeat crowd control, if he positions correctly Fenix can be incredibly oppressive.

Despite repeated nerfs, Genji remains a constant threat. With damage in Heroes of the Storm being so high, he can all too often snowball the opposition the moment they get low health. In the hands of a skilled player, Genji is difficult to pin down, frustrating to fight against, and can comfortably clean up against opposition that haven't drafted against him. There's no doubting he's a frustrating Hero to fight against, and he works wonders against a squishy back-line comprising of Heroes such as Ana, Chromie or Lunara. As long as the enemy don't draft to shut him down, Genji can comfortably hard-carry.

Maiev is one of the few Heroes that works well against Genji and Tracer. Although she isn't a gaurenteed counter, her use of tethering combined with Warden's Cage does limit their movement potential, as well as everyone elses. Combined with her Vault of the Wardens and Spirit of Vengeance, she can get in and out of combat incredibly easy - while being hard to punish. Regardless of who she drafts with, as long as she makes effective use of her tethering, while deploying Wardens Cage at the right time, few teams can survive being contained.

Tracer has never not been annoying. Amazing mobility, a powerful early Heroic in Pulse Bomb, and Recall allowing her to reset herself makes her a frustrating, lethal Hero to fight against. If she's given the opportunity to roam, not only can she snowball for her team with incredible ease, but there's few Heroes she can't comfortably harrass and kill. Even if you do draft heavily against her, a good Tracer is still painfully challenging to pin down and requires absolute focus from your team. In a random player environment, having your team bring her down can prove particularly challenging.

After his rework, Malthael is a monster on Battlegrounds that allow him to solo lane or wave clear. Tomb of the Spider Queen and Braxis Holdout are his best, and showcase his cleave damage and self-sustain. Although his Trait is no longer as powerful as it once was, by the time you hit level 16 and pick up Momento Mori, Malthael's damage potential does increase, and he can comfortably pressure any team that doesn't shut him down quickly. What makes Malthael so valuable at the moment however is his Heroic, Last Rites, which allows him to blowup Heroes such as Muradin and Garrosh with very little they can do about it.