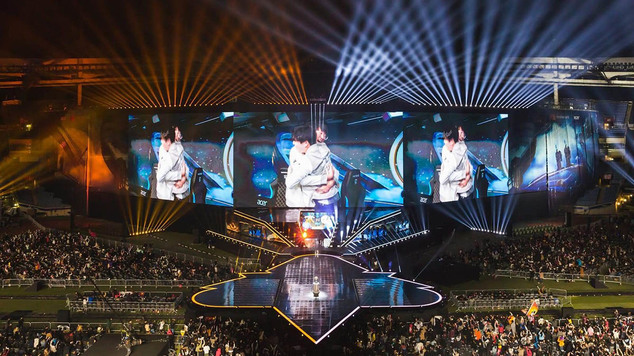 Highlights From The 2019 League of Legends World Championship Finale

There are few events more exciting for keen gamers or those who follow the world of esports than the League of Legends World Championship Finale. The 2019 tournament came to an end on Sunday 10 November and was a thrilling final match which took place between FunPlus Phoenix and G2 Esports. Fans of cash-based esports gambling came out in force to place wagers on the possible outcome of the finale as updates were transmitted live from Paris where the event was taking place. As the culmination of the yearly Riot Games hosted esports tournament, this finale would see the awarding of the 70lb Summoner’s Cup together with a prize fund of $1 million to one of the competing teams, both of which were surprise contenders. It was no wonder, then, that there was such excitement in the 20,000 seat stadium.

Within just seconds of the match beginning, it was paused due to technical reasons. One player keyboard wasn’t properly resounding, so the problem had to be rectified while the crowd impatiently got louder and then finally started doing a wave just to pass time!

Although European fans had held high hopes for the Summoner’s Cup this year, it wasn’t to be. Despite G2 Esports’ unusual play style, it turned out the FunPlus Phoenix team from China held the edge over its rivals, beating G2 three games to nil to claim the prize worth $1 million. As might have been expected from a European-held final, the audience was predominantly pro-G2 and so the failure fell especially hard. As the third game began, the excitement of the fans had begun to wane and after two losses, the crowd, which was 15,000 strong began to lose enthusiasm in their chants. As FPX took the title, the crowd remained seated, something which almost certainly wouldn’t have happened had G2 held aloft the Cup.

Although the third game played by G2 was their best that day, it still wasn’t sufficient for the European team to outpace their competitors. However, the team refused to give in to their failure, saying that next year, they will bounce back even stronger now that they know where they went wrong.

The Summoner’s Cup was won by FunPlus Phoenix by building up a huge lead in Bot Lane – a most unusual place. The deathless grand finale performance  was achieved by smashing Mikyx and Perkx in lane and breaking down the Tier 1 turret in record time. Despite G2s brave fight throughout the mid game, FPX quickly took Baron to regain their initiative, using extreme discipline and displaying the highest level of coordination.