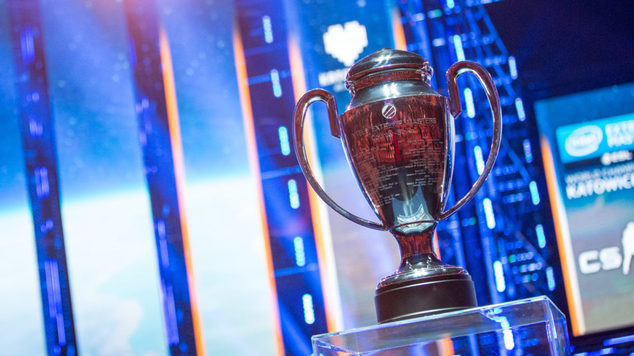 Is e-Sports Gambling the Next Thing?
It was not until a few years ago that the world learned about eSports.

Is e-Sports Gambling the Next Thing?

It was not until a few years ago that the world learned about eSports. Surprisingly, the history of the sport can be traced more than 40 years ago. The first video game competition occurred in 1972 at Stanford University. The competitors played a game called Space war and the winner earned a one-year’s subscription of the Rolling Stone Magazine.

Unfortunately, eSports went unnoticed until in the 2000s. The first major eSports tournament launched in 2006 in the US. A dozen other tournaments have since launched. And with the US making a land-mark gambling rule last year, the future of eSports is bright.

Speaking of legal gambling, eSports is now supported in most online betting sites. And given the global appeal of betting, here’s how eSports gambling is likely to shape up in the next decade.

eSports has been growing steadily for years. In 2012, the industry was worth only $130 million. Three years later, the sport has more than doubled in value, hitting $325 million in 2015. The industry doubled once again, reaching $655 million in 2017.

While increased TV interest and advertising have helped eSports reach to where it’s today, the gambling industry also played a role. Few gambling platforms supported eSports until 2015. Before then, eSports fans simply enjoyed the game without a place to bet on its events.

These days, respectable bookmakers like https://onlinecasinos24.info/en/ casinos let you bet on eSports games. Major tournaments are announced at the beginning of the year. So, it’s always clear to fans when the events will happen. When it comes to eSports odds, you get much better odds here than with most games.

Most gambling sites are just learning about eSports anyway. And while they have low-value odds at times, bookies tend to follow the hype. They undervalue underdogs too often, meaning you can beat them often if you follow eSports and know players well.

One of the reasons eSports gambling is growing is because it’s fast becoming an established sport. Being able to attract million-dollar sponsorships from big brands like Toyota and Red Bull offers big benefits to its stakeholders.

With huge financial powers, eSports can hold professional tournaments that are not marred by integrity issues. Gambling sites are confident players are not paid to lose. Tournament holders have the means to hold large tournaments and pay up competitive gamers from around the world.

Essentially, the huge sponsorship deals being poured into eSports will only expand its gambling side. It’s now easier for the sport to grow globally, giving exposure to millions of people willing to bet on it. Twitch, for instance, has a $90 million deal with the Overwatch League, ensuring millions of Twitch fans can watch Overwatch related tournaments on the gaming channel.

Support on all Levels

All of the popular sports in the world wouldn’t exist without the support of colleges and high schools. Think of football, basketball or any other sport you love. Would the games be as popular if kids didn’t grow up playing them at school?

In fact, most professional athletes credit their high schools and colleges for helping them nurture their talents. eSports is quickly gaining the support of schools. According to ESPN, there are now 50 American colleges with eSports programs.

The University of California Irvine has one of the most advanced eSports leagues in North America. Kansas Wesleyan University, Albright College and Juniata University also have countrywide popular eSports programs.

While many of these programs will support players the most, they will build a foundation for the successful growth of the sport. Popularizing online gaming in schools will help build its fan base worldwide. And when the fans gain interest in gambling, eSports will be one of the sports they decide to bet on.

eSports is Still a New Industry

Imagine a sport most people only learned about a few years ago is now a billion-dollar industry. Less than 10 years since eSports became a phenomenal sport and it’s already available in most gambling sites.

So far, eSports is mainly a big business in North America, Europe and some parts of Asia. In fact, only a small number of leagues makeup eSport’s billion-dollar industry. As the industry grows, more people will learn about it, elevating it to the level of success most mainstream sports enjoy.

Fortunately, eSports is growing at incredible rates. With a fan base of close to 500 million active fans, the new industry has more fans than traditional sports like hockey and rugby. Compared to American football, eSports is also doing great.

While the Super bowl averages viewership of 110 million people, eSports tournaments attracted more than 350 million viewers in 2018. Of course, this is the accumulated viewership throughout the year but it shows that the sport is headed in the right direction.

It’s only a matter of time before eSports changes from being a minor sport to a major sport. And when that happens, betting fans will have access eSports-related matches they could bet on every week.

It may be a coincidence but eSports is rising as a sport just when many countries are adopting progressive gambling laws. Spain legalized online betting at the beginning of this decade. The UK and Malta legalized the industry a few years before that.

Around the world, online betting is starting to gain government support. Even the US, which has always restricted online gaming, made a landmark ruling in 2018. With the new law, regulate and monitor online gambling actions.

With a legal gambling playing field, online gambling will grow as a whole. However, eSports and other sports that are fast gaining popularity will benefit the most. New betting sites coming up all support eSports, which will further steer it to global popularity.

Contrary to popular opinion, eSports didn’t start in 2010. People were competing in professional video game tournaments long before Twitch happened. However, the world is just learning about the sport. Most people are open to eSports, with millions of them streaming E-tournaments every month.

If you love gambling, eSports is one of the sports to watch out for. As the sport grows worldwide, so will the number of gambling sites supporting it.