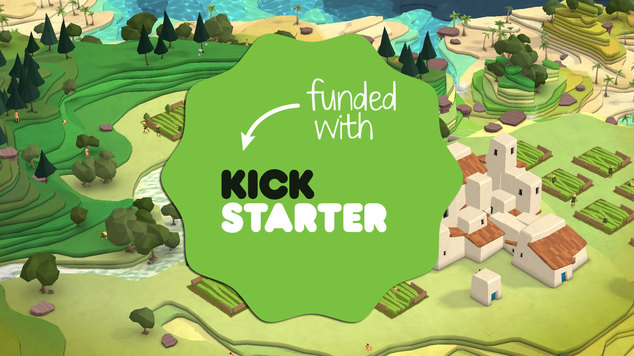 I’ve only ever backed one Kickstarter project. At the time of backing, I’d just celebrated a birthday and happen to have a spare £50 lying around. My backing of the project (Camelot Unchained) was based on nothing more than personal nostalgia for a game I once loved (Dark Age of Camelot) rather than City State Entertainment filling me with hope, based on their pitch, that they could not only recreate Dark Age of Camelot but better it, on what seemed a very small budget. Although Mark Jacob’s appeared relatively honest in the scope at which they would be developed Camelot Unchained, including throwing in a significant sum of his own money, I never really felt that the pitch was unrealistic. Despite that and despite some excellent progress from City State Entertainment, Kickstarter and this method of procuring funds to make games leaves me particularly uncomfortable and for a variety of reasons. 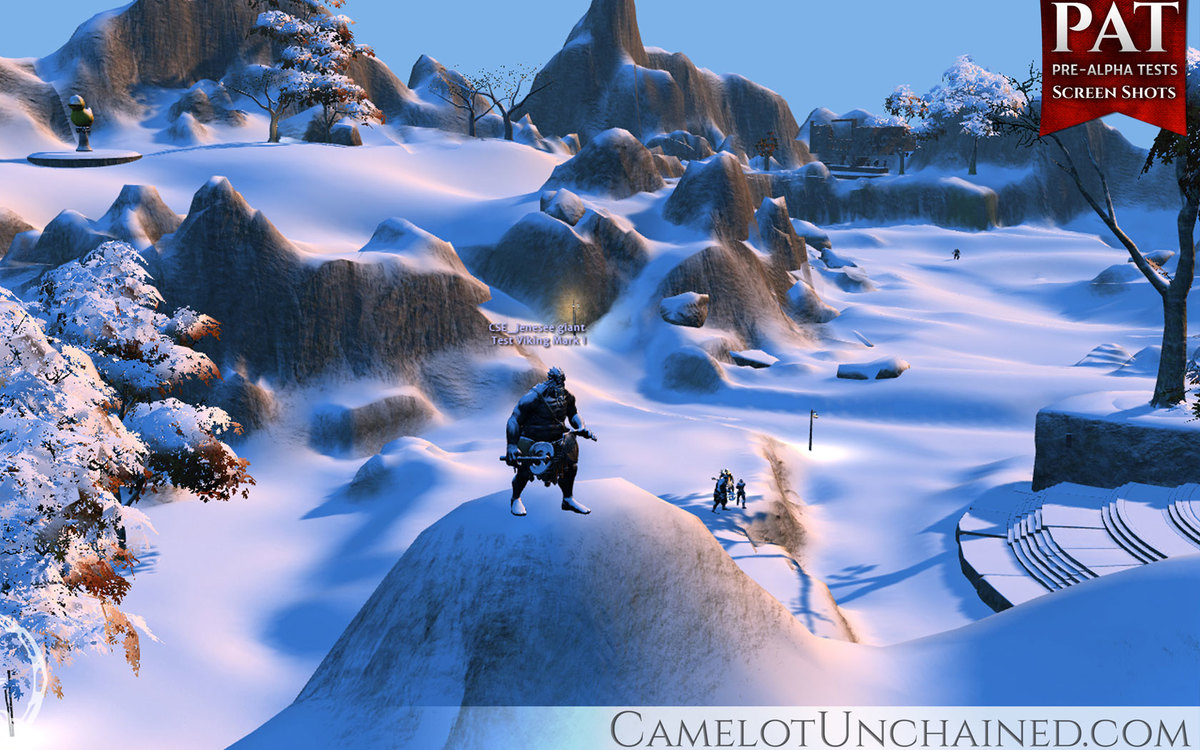 Perhaps the most obvious is the fact that these “pitches” to potential backers aren’t ever supported with hard evidence. Besides the usual “We’ve loads of industry experience!” and “it’s going to be the best game ever!” there’s often very little else to go on besides lofty dreams and ambitions. I always cringe when I read a Kickstarter pitch because I’m the sort of person that wants to know exactly how money is being spent (despite me backing Camelot Unchained) and yet I’ve still not read a single Kickstarter where transparency and clarity of spending is at the forefront of the pitch. City State Entertainment like every other developer on Kick Starter are guilty of failing to detail where money will actually be spent. For example, it’s alright saying something like “When we reach $300,000 we’ll be hiring a 3D artist to create new maps!” but that’s not actually providing very much information, is it?

Whenever I see a Kickstarter pitch I always think about what a bank or publisher would say if said developer waltzed into their office with such a small amount of information. You couldn’t just say that you’re making a game and need $2,000,000. You’d need to provide the numbers on where exactly every last cent of that money is being spent. Why then, is this not being adopted on Kickstarter, with developers having to provide a genuine business plan of expenditure attached to their pitch? For all we know, a game might only require $1,000,000 of a proposed $2,000,000, with the remaining funds being spent on cocaine and hookers.

While that’s an exaggeration and I’m in no way suggesting City State Entertainment are doing this, I’m simply referring to every single Kickstarter out there. If we take a look at the recent disaster known as Godus, Peter Molyneux originally asked for £450,000 to complete the game in seven to nine months. He’s since said that number was pretty much pulled out of thin air and after meer months, they’d almost run out of money. Perhaps it wouldn’t have changed much, but if we’d have seen a proposed expenditure list that potential backers could have scrutinised, we might have caught wind that what was being proposed was entirely unrealistic. Even the likes of Star Citizen which has obtained more than $65,000,000 in funding is continuing to accept more money. This comes with little more than a tag line of “it’s to help fund the games development!”. Yes, but how? How exactly is that money being spent?

I think it’s wrong of us, as backers, to not ask for more detail and it’s wrong of developers to fail to provide transparency on where the money is being spent. I think if developers aren’t going to do this, Kickstarter should force them to during the pitch.

This brings me onto my second annoyance with Kickstarter: Stretch Goals. I absolutely loathe them and for a variety of reasons. Firstly, the game isn’t even anything more than an idea and the developer is already pitching what they’ll add to it during development. If that wasn’t bad enough, the timelines for development seldom change as a result of the Stretch Goals and even less detail is given on the impact these stretch goals might have on development. Godus’ Stretch Goal at £500,000 was to implement Multiplayer CO-OP and Possession Mode.  There was absolutely no information provided on this besides a single paragraph explaining what it would be:

We have competitive multiplayer in GODUS, but as we have discussed in our design videos, we would love to expand into Cooperative Gameplay. Something we would love to develop, and then play test with backers, is to have gods teaming up to control one set of followers battling against other pairs of gods. We would have epic team God vs. God matches in online multiplayer, as well as two players teaming up to fight AI gods in campaign battles. In addition we want players to be able to invite other gods into their home-world so that they can join each other in sculpting their lands and growing their populations.

It sounds wonderful and yet there was no accompanying information on how long this might take to design, the impact it would have on the team, development timelines or if new staff would have to be brought on board to build it. Such vague Stretch Goal pitching, as a means of appealing directly to knee jerk backers, is so common on Kickstarter I’m amazed it’s allowed to continue. If Stretch Goals are to be permitted, they should only be revealed privately once you’ve backed and they should only be pitches as post launch content.

My final bugbear with Kickstarter has to be the means in which the crowdfunding system not only encourages developers to over-egg their product (to ensure funding) but how it acts solely as an indifferent middle man. Firstly, even if you’re $1 under your target, the entire Kickstarter project will collapse. You could argue that’s evidence enough of a project not having legs but I think it unnecessarily encourages brazen embellishment to the point where developers are almost willing to lie just to get over the finish line. Secondly, when a project is funded and it gets handed to the development studio (minus Kickstarter’s cut and taxes) it’s often a big lump of money that’s passed out. 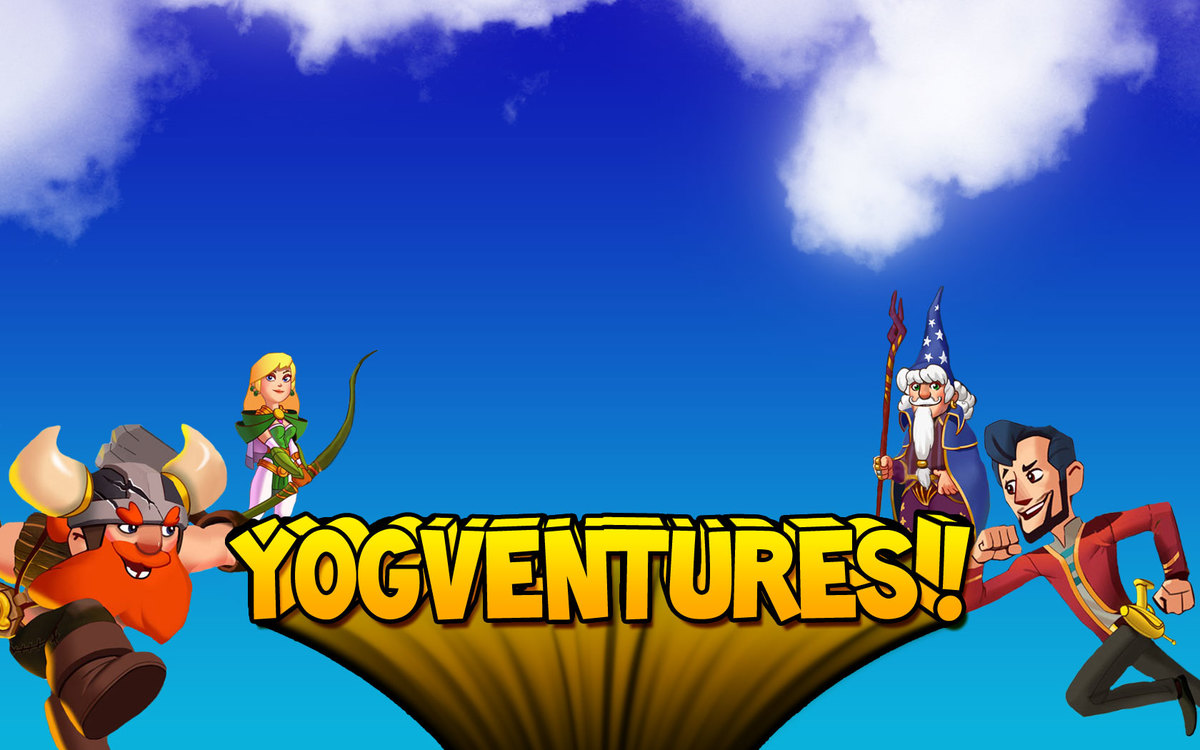 There have been over 20 failed Kickstarter games in the last year, with the recent The Stomping Land scuppered. What frustrates me here is that backers have no means of getting their money back and those who made the original pitch seem immune to repercussions. Where The Stomping Land is concerned, someone pocketed $114,000. Even the Yogcast Kickstarter to create Yogventures (honestly, who backed this shit?) scooped up $567,000. Two years later, it was officially canned. While the backers have been compensated with another game, it does little to ease the fact that gamers are being duped. Perhaps a heavy handed proposal, but I think developers taking to Kickstarter should have to lay out a very specific timeline. During that timeline a proportion of the funds would be distributed for each milestone that is reached and if the studio needs access to money sooner, a backer voting system would take place.

Would this be an administrative headache for Kickstarter? Very likely but I think they and developers owe it to gamers to not only be more transparent but to also be more accountable for the way pitches are made and money is sought. I suppose the easiest solution in all of this is to simply keep your money in your pocket and don’t back any project. I won’t ever be again and I regret backing Camelot Unchained. When I hear about the thousands upon thousands of dollars some players have thrown at Kickstarter I sometimes wonder if publishers really are such a bad thing afterall.