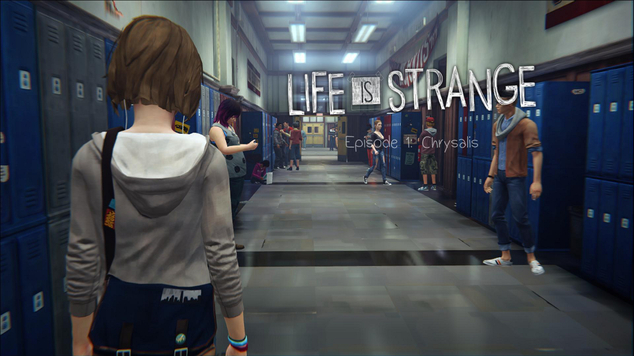 Life is Strange Episode 1: Chrysalis Impressions
Life is Strange, an episodic series by the creators of Remember Me, is definitely left of center for our typica

Even though massively multiplayer and competitive online games are the mainstay of our coverage here on Ten Ton Hammer, every once in a while a single-player title comes along that we feel warrants our attention. Life is Strange, an episodic series by the creators of Remember Me, is definitely left of center for our typical coverage areas, but well worth a closer look, and a title we feel gamers who greatly enjoy story-driven experiences will want to check out.

Being released as a five-part episodic game, the first episode, Chrysalis, finally became available this week after much anticipation. In it, you play as Max, a photography student enrolled at a private school in the sleepy Oregon coastal town of Arcadia Bay for her senior year. Following the shock of witnessing a tragic event, Max discovers that she has the ability to rewind time, albeit in small increments.

This ability proves to be central to gameplay, as it provides players the opportunity to replay events and make different choices. You might think that this will break certain gameplay staples since you can effectively rewrite key moments of Max’s history, but Life is Strange is a game heavily based on the consequence of your actions.

Time manipulation is not a new concept in gaming, though the implementation in Life is Strange does tend to create those interesting moments that give you pause and make you truly consider the choices you’re making all throughout the game. Developer DONTNOD Entertainment has even used this same mechanic in its first release, Remember Me, but in that title the focus tended to be more on combat, with the rewind ability only factoring in during key moments of the story. 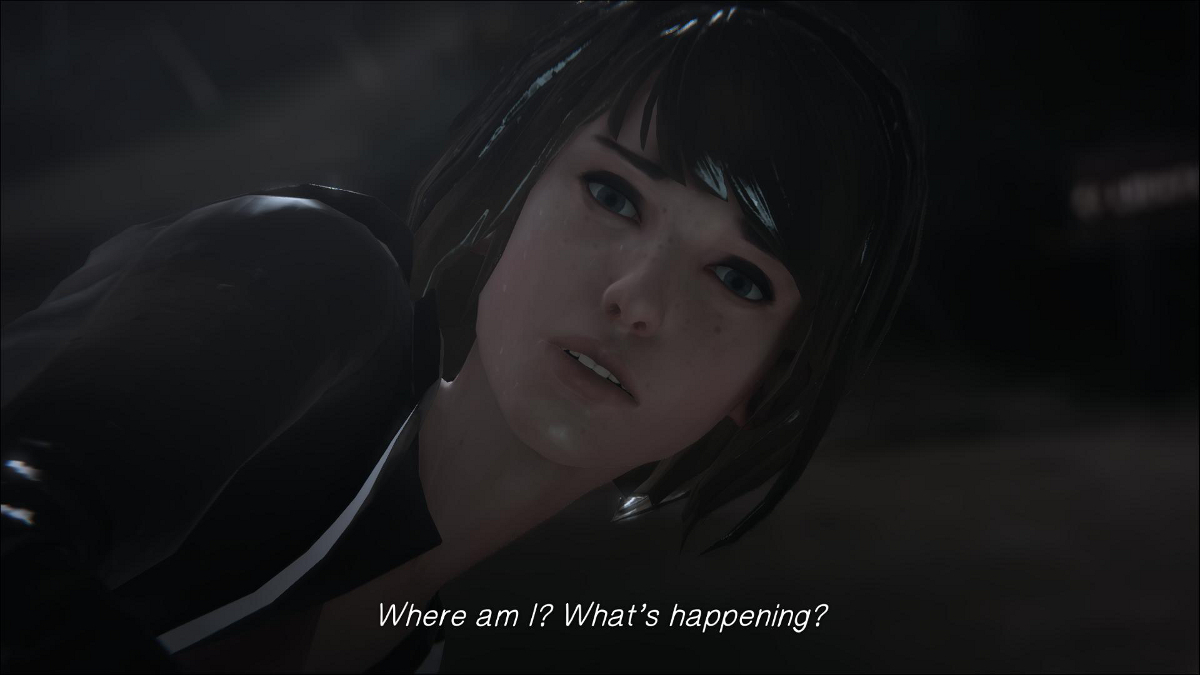 Unlike that title, Life is Strange makes liberal use of the rewind ability throughout the game, and allows you to rethink nearly every action you take. It is also a purely story-driven experience that will feel familiar to fans of games like Quantic Dreams’ Beyond Two Souls or Heavy Rain, or the excellent Longest Journey series.

While Life is Strange shies away from combat as a gameplay mechanic, that doesn’t mean it is without some intense moments of conflict. The key difference is that you’ll be able to use your rewind ability to alter the outcome of conflicts that do occur, for better or worse.

Given the short length of Episode 1: Chrysalis, I’ve been highly impressed by the game’s ability to make me genuinely care about my actions and interactions with the world. A very simple on-screen prompt will alert you when those moments arise when your choices will have consequences, so you’re not left completely guessing at every turn of events. Max will commonly reflect upon each choice you make throughout the story, and due to some very clever writing it is never made 100% clear whether you’ve made a “right” choice in any given situation.

The game tracks each of the major choices you’ve made, so you’ll be able to view a running log from the start screen. Unlike the Mass Effect series that used a similar consequence system bridging between installments of that series but kept you guessing as to which choices would have consequences further down the road, this include of a tracker is a welcome include in Life is Strange. 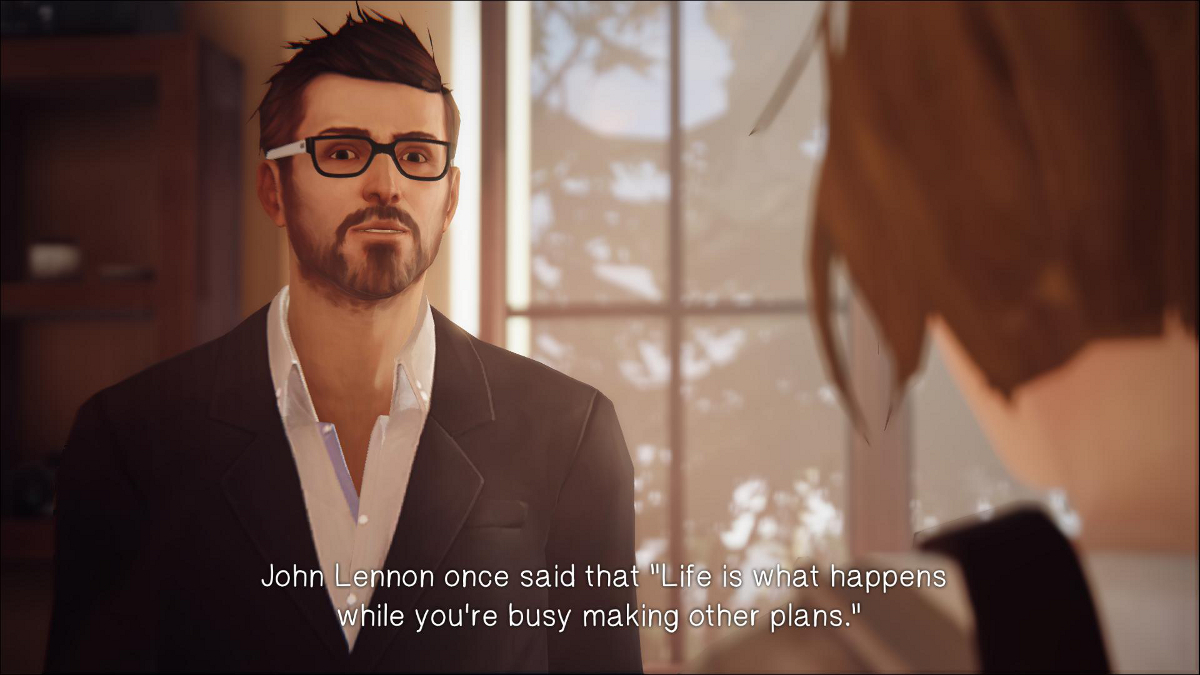 Life is Strange also gives a polite nod to Twin Peaks on more than one occasion, some less subtle than others. As a huge fan of that series (and most of David Lynch’s work) I consider this a major plus. Perhaps the most obvious of these is one of the central plot points, the mysterious disappearance of a girl named Rachel Amber. You’ll be introduced to this element of the game early on, and it will presumably become an even more involved component of the game in future episodes.

Another nice touch is that you’ll be able to save the game to three distinct profiles, allowing you to make different choices on successive plays through the game. While this may seem like a basic feature in single-player games, and not one to pay much heed to, I would argue that it adds even more depth to a game already steeped heavily in the concepts of choice and consequence.

Having played through Chrysalis twice, for example, when the second episode hits this March I’ll have to decide which of those experiences I want to carry forward. While both will no doubt be an option at that point, it will ultimately rest on my shoulders to determine which of them I consider to be the “cannon” of my particular journey through the remainder of the series.

I’d be remiss to finish off this impressions piece without giving mention to the superb visuals and soundtrack in Life is Strange. The graphics are incredibly well done, with hand-painted textures that manage to capture the essence of Arcadia Bay and its peculiar inhabitants. Having lived in Oregon at the time of its release, the include of Piano Fire from Sparklehorse’s excellent It’s a Wonderful Life on the soundtrack brought up more than a few moments of nostalgia for me.

I’m already greatly anticipating the release of the second episode of Life is Strange this March. The first episode can be picked up as a once-off purchase on Steam, or you can also purchase the complete series for a reduced price per episode. At $20 for the full series, Life is Strange is a worthy purchase for those of you who enjoy story-given games and are looking for a change of pace from your usual diet of massively multiplayer online games.