Looking Towards Final Fantasy XIV - A Q&A with Square Enix from gamescom 2010
The launch of <span style="font-style: italic;">Final Fantasy XIV</span> is approaching rapidly, set to releas

The launch of Final
Fantasy XIV is approaching rapidly, set to release this
September. Ten Ton Hammer caught up with Square Enix at gamescom to
discuss the state of the game and find out a little bit more about the
anticipated release. We sat down with Hiromichi Tanaka, Senior Vice
Presient of Software Development and Corporate Executive of Online
Business Management; Sage Sundi, Global Online Producer of Community
& Service Division; and Nobuaki Komoto, Planner. The team was
able to answer some of our questions and teach us a bit more about what
Final Fantasy fans have to look forward to.

Square Enix:
As we were expecting, were still working on some last minute stuff,
fine-tuning things right up to the end to keep our players
happy in response to their feedback. Were still having some
bugs and server issues in the beta version which we are working out.

Ten Ton Hammer: How is
the progress in beta? Are you finding that the players are providing
enough feedback to make the game what you want it to be?
style="font-weight: bold;">

Square Enix:
We have received a lot of feedback from the players, some of what we
were expecting, and some that we were not expecting. It has been very
interesting. We were able to make some drastic changes during the beta
to the final version which were working on now--especially the battle
system and also the UI system, including the mouse operation. We got a
lot of feedback from the users, and were very happy to be able to
implement the changes. The current beta started this month and youll
see a huge difference from the earlier stages.

Square Enix:
We have both options. We have worked really hard on the mouse and
keyboard combination, but of course, some people will use the
controller. Those people will find it easy to move around the cameras
in the game using the controller and then using the keyboard to chat
with the other players.

Ten Ton Hammer: We see
that you have a 3D version one of the game's cutscenes running
on the computer screen there in the background. Is 3D going to
be available on all versions?
style="font-weight: bold;">

Square Enix:
Were still investigating the possibility, but this is the benchmark of
the game. We havent decided on how were going to officially support
it for the game, but if you have the equipment, youll be able to enjoy
it. Were trying to adjust it as fast as possible.

Ten Ton Hammer: Can you
play on the console and the PC with the same account?
style="font-weight: bold;">

Square Enix:
Yes, your account will allow you to play on both systems, but you will
need to own both the PC version and PS3 version if you want to switch
between them.

Ten Ton Hammer: When
developing the game, do you primarily focus on developing it for the
Playstation first and then port it or do you develop them separately at
the same time?

Square Enix:
Same time, like we did with Final
Fantasy XI. Its much more efficient. If youre going to
import it from one version to another, that is going to take extra time
and manpower and end up delaying the game. For an MMOG, it makes more
sense to work on both.

Ten Ton Hammer: How easy
is it to get into the game for Final
Fantasy fans and those who might have never played style="font-style: italic;">Final Fantasy at
all?

Square Enix:
First of all, for Final
Fantasy fans, you can expect attractive characters,
storylines and cutscenes, so it will feel natural for them to enjoy the
MMOG even though they may have only played the offline games
previously. For those who have never played any of the style="font-style: italic;">Final Fantasy
games, it will be easy to find out the story because just by following
the story, you will learn the world and get into the new story.

Ten Ton Hammer: Are there
any identifiable themes, places, or characters from previous stories?
style="font-weight: bold;">

Square Enix:
As you have probably noticed in earlier titles in the series, youll
find, coincidentally, the same named characters in the game that you
may have seen before. Of course, their personalities may be different.
And also, you'll probably recognize that yellow big bird from other
games in the series.

Ten Ton Hammer: What has
been some of your greatest challenges in developing the game and how
did you overcome those challenges?
style="font-weight: bold;">

Square Enix:
It was a huge project and a long term project. There were a lot of
different creators involved, and each of them had a different opinion,
so we had to have a lot of discussions to come to an agreement. That
was very challenging and required a great deal of patience to do that.
Keeping a high motivation was something that we always tried to do, but
being able to get the game to the users really helped keep us going.

Ten Ton Hammer: As far as
the crafting system, is it something similar to what we saw in style="font-style: italic;">Final Fantasy XI,
or is it a new system entirely?
style="font-weight: bold;">

Square Enix:
Some aspects are similar, but crafting is very different this time in style="font-style: italic;">Final Fantasy XIV.
Of course, youll be following recipes like in style="font-style: italic;">Final Fantasy XI,
but this time not in making it in just one action. You have to make it
gradually, which makes it more challenging and interesting. Depending
upon your actions, the outcome in quality will change. Also besides
crafting, we have [harvesting] and gathering of items. You need to buy
materials to make the items with crafting, which youll end up selling.
Thats the process that we think is very interesting and exciting, so,
hopefully, youll enjoy the market system, youll enjoy that system as
well as part of the crafting.

Ten Ton Hammer: What are
the one or two aspects of the game that you feel that you really made
an advancement with and youre really looking forward to see how the
players respond to?

Square Enix:
One thing that were looking forward to the players reaction is the
cutscenes. We havent, purposefully, put in all the cutscenes in the
beta version because we didnt want to spoil the storyline. Once its
released, we hope they enjoy the enormous amount of cutscenes and enjoy
going deeper into the storyline.

Also, theres the guild system. Again, in the beta version, youre only
able to enjoy the low level type of guild content. But in the actual
release version, youll be able to fight against different monsters.
Therell be different rules and we hope that thats something that they
can enjoy as well.

Ten Ton Hammer: Are the
cutscenes done like they were in Final
Fantasy XI, where theyre in-game cutscenes, or are they
specially rendered cutscenes as well?
style="font-weight: bold;">

A large amount of cutscenes will be related to the users personal
story and related to the world. How their story is connected to the
world is related through the cutscenes. Also, we have class quests,
which are specifically designed for a certain class which is a more
personal experience, then you will find out how that will affect the
world and how you will be in involved. 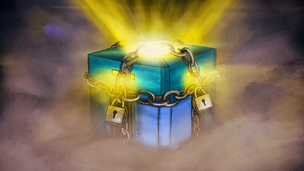 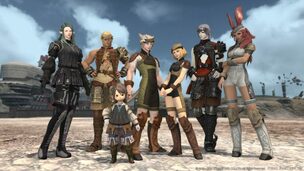