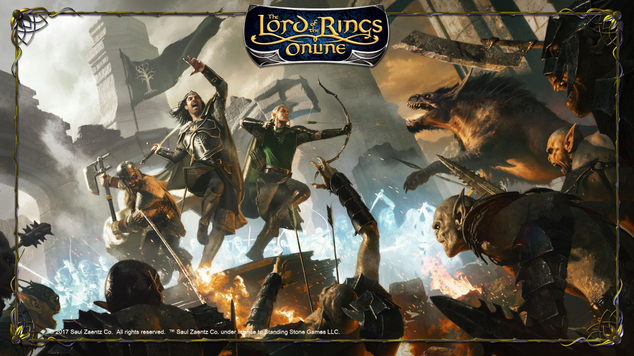 The Lord of the Rings Online's newest expansion, Fate of Gundabad, launches today, November 10. The expansion's launch trailer,  shows off some of what to expect in the latest expansion to the PC MMO that's been running continuously since 2007.

The trailer shows off some of the new environments and enemies that players will encounter in the expansion. It also includes a new look at LOTRO's new Brawler class, which is the game's first since the release of the Beorning in 2014.

"Delighting in the thrill of combat, the Brawler is a heavy armor melee fighter that utilizes Battle Gauntlets to unleash powerful strikes upon their foes," reads a line from its description. Build your mettle and strike with a flurry of blows to devastate your enemies, or focus on defense to protect your allies."

Fate of Gundabad also increases the level cap to 140.

Players are fighting to reclaim the Mattugard citadel, and they will also discover the Gloomingtarn lake, the ruins of Clovengap, and the Pit of Stonejaws throughout their journeys. Outside of Gundabad, the new expansion will take players to the vale of Car Bronach and the Welkin-lofts.

Fate of Gundabad is available starting at $40 for the standard edition. Standing Stone Games is also offering a collector's edition ($80) and an Ultimate Fan Bundle ($130) that include a variety of extras.