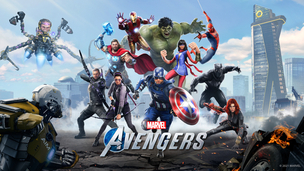 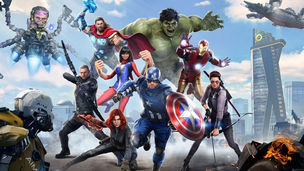 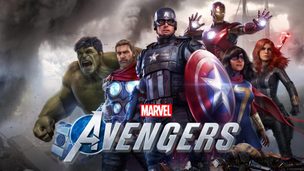 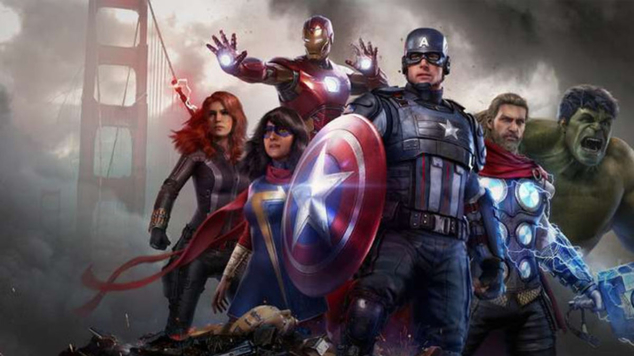 Read on for the highlights and more details on what you can expect when you dive into our Marvel's Avengers Expansion, available now as a free update to anyone who owns the base game.

To ensure our original War for Wakanda story does justice to such an important hero, our talented narrative team enlisted the help of well-known writer and Black Panther expert Evan Narcisse, author of the Rise of the Black Panther Marvel comics. Evan was particularly inspired by past Black Panther storylines, including

In collaboration with Evan, the writing team felt it important to ensure this was a story with Wakanda at the center, although it takes place within a larger Avengers universe. As many of you know, Wakanda is a sovereign African nation and the most advanced civilization on Earth. Its technological advancement is fueled by Vibranium, a precious material found only in a meteor that crashed on Earth centuries ago. The kingdom is ruled by King T’Challa the Black Panther, and in War for Wakanda, T’Challa is faced with an unprecedented invasion that will not only put his strength to the test as the Black Panther, but as a king, a leader, and a brother. 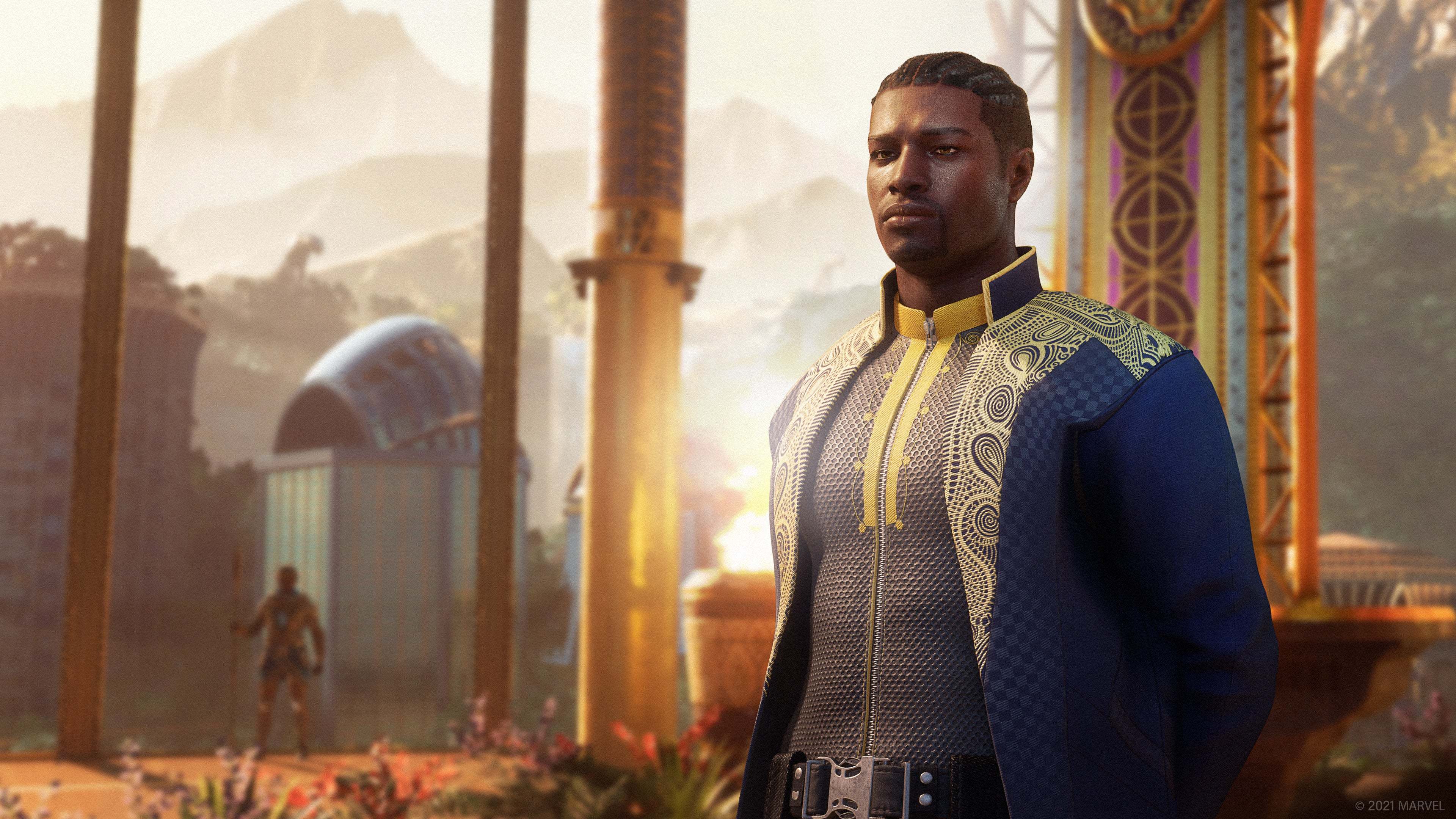 This invasion is led by a familiar foe to fans of Black Panther - Ulysses Klaue. A rogue scientist with a dark secret and a darker grudge, Klaue has assembled an army of mercenaries equipped with deadly sonic technology, bankrolled by one of the world’s most sinister organizations. Klaue launches sonic fracking towers across Wakanda to extract the Vibranium from the ground, a devastating process that corrupts the Vibranium and creates clusters of deadly poisonous shards.

This is how the Avengers get involved in  War for Wakanda. After the A-Day disaster, Wakanda closed its borders and cut off all communication with the outside world. After the dangerous corrupted Vibranium starts to appear across the globe, the Avengers travel to Wakanda to offer their help to King T’Challa.

The new Expansion unfolds in the jungles of Wakanda – a new Biome – and showcases both the rich and amazing history of this ancient, unconquered African country but also the futuristic technology of contemporary Wakanda. At the center is the Wakandan capital Birnin Zana, where our new Outpost is located. It features King T’Challa’s throne room from where he rules, and the command center where all important decisions regarding the country’s security take place. Shuri’s lab houses the nerve center for Wakanda’s Kimoyo network. The spiritual annex is located on the lower floor, where Zawavari aids the royal family in the ways of mystical powers. 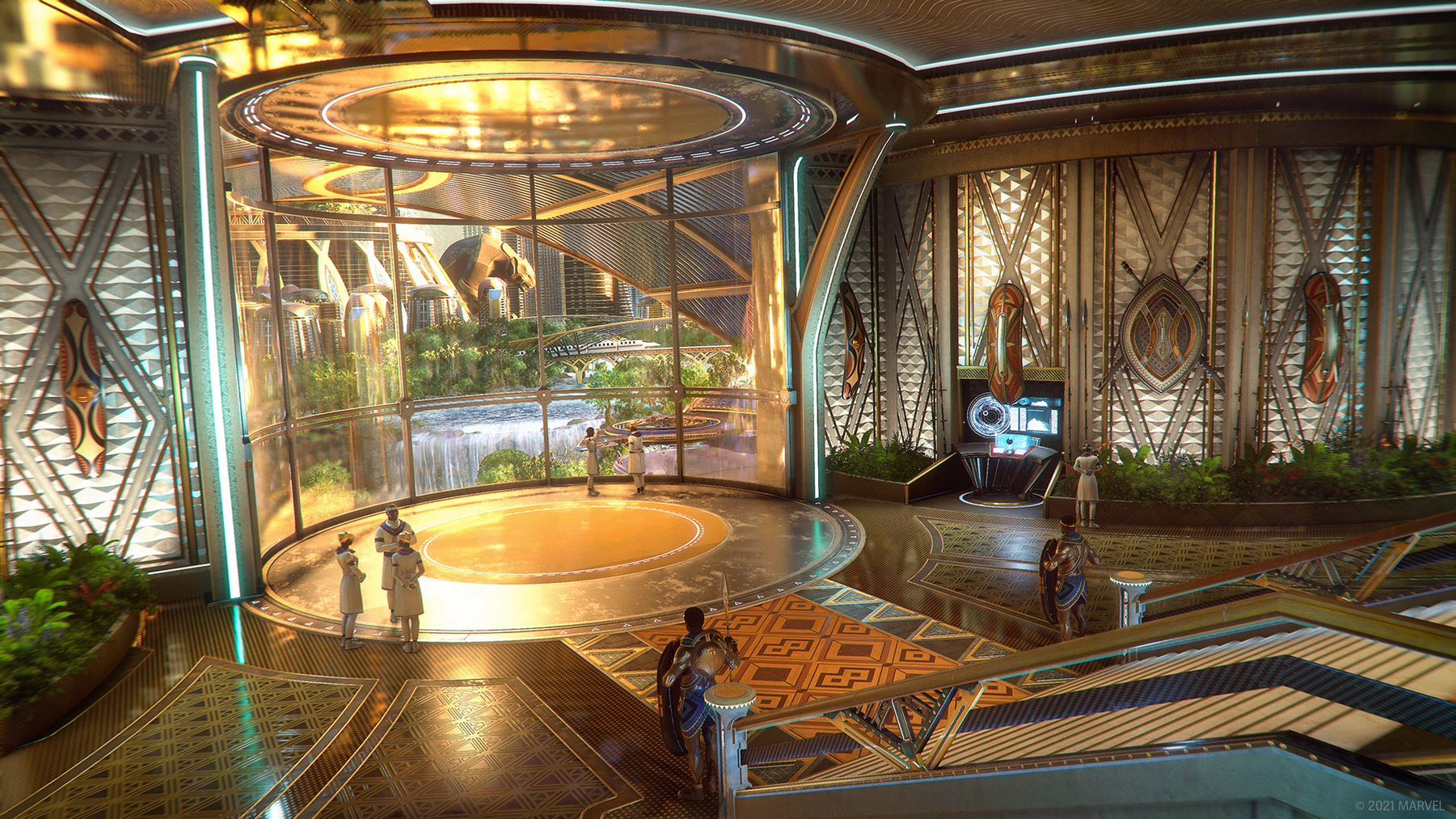 The Wakanda mission design is built on the same foundation as Marvel’s Avengers, but with new objectives and an extra focus on dangerous traversal, exploration, and puzzles. Almost all War for Wakanda content is multiplayer-enabled, apart from the introduction mission, where Black Panther is introduced and celebrated as a new unique hero.

T’Challa – voiced by the incredibly talented Christopher Judge of God of War and Stargatefame – is joined by a phenomenal cast who bring his most trusted advisors and dangerous adversary to life.

Princess Shuri – played by Erica Lutrell from Dishonored, Westworld and Apex Legends is the head of technological development in Wakanda. She does not agree with T’Challa’s approach to dealing with Klaue, and the War for Wakanda  exposes the fragility of T’Challa and Shuri’s relationship. It sets up a series of confrontations that will test their bond. Even if they all find a way to come together, it may not be enough to stop the growing threat to Wakanda and its people.

Okoye – played by Debra Wilson from Star Wars Jedi: Fallen Order – is the captain of the King’s guard and the voice of truth for T’Challa. Zawavari – a mystic who has a fraught relationship with the royal family – is played by Dave Fennoy, best known from the Walking Dead games.

Last but not least, Steve Blum leads the invasion into Wakanda as Ulysses Klaue.

To get the Wakandan accent right, our team worked closely with Beth McGuire, the dialect coach from the Marvel Studios’ Black Panther movie. Beth has had multiple coaching sessions with each of the key actors to ensure that the accents are properly delivered.

On to gameplay, as we know you’re all eager to traverse through the jungles of Wakanda with the King. Black Panther’s combat focuses on his cat-like agility and the unique Vibranium technology of Wakanda. In addition to the below, other skills can be unlocked to power up his sprint, evade, and finishers. Here is a look at his custom moves: 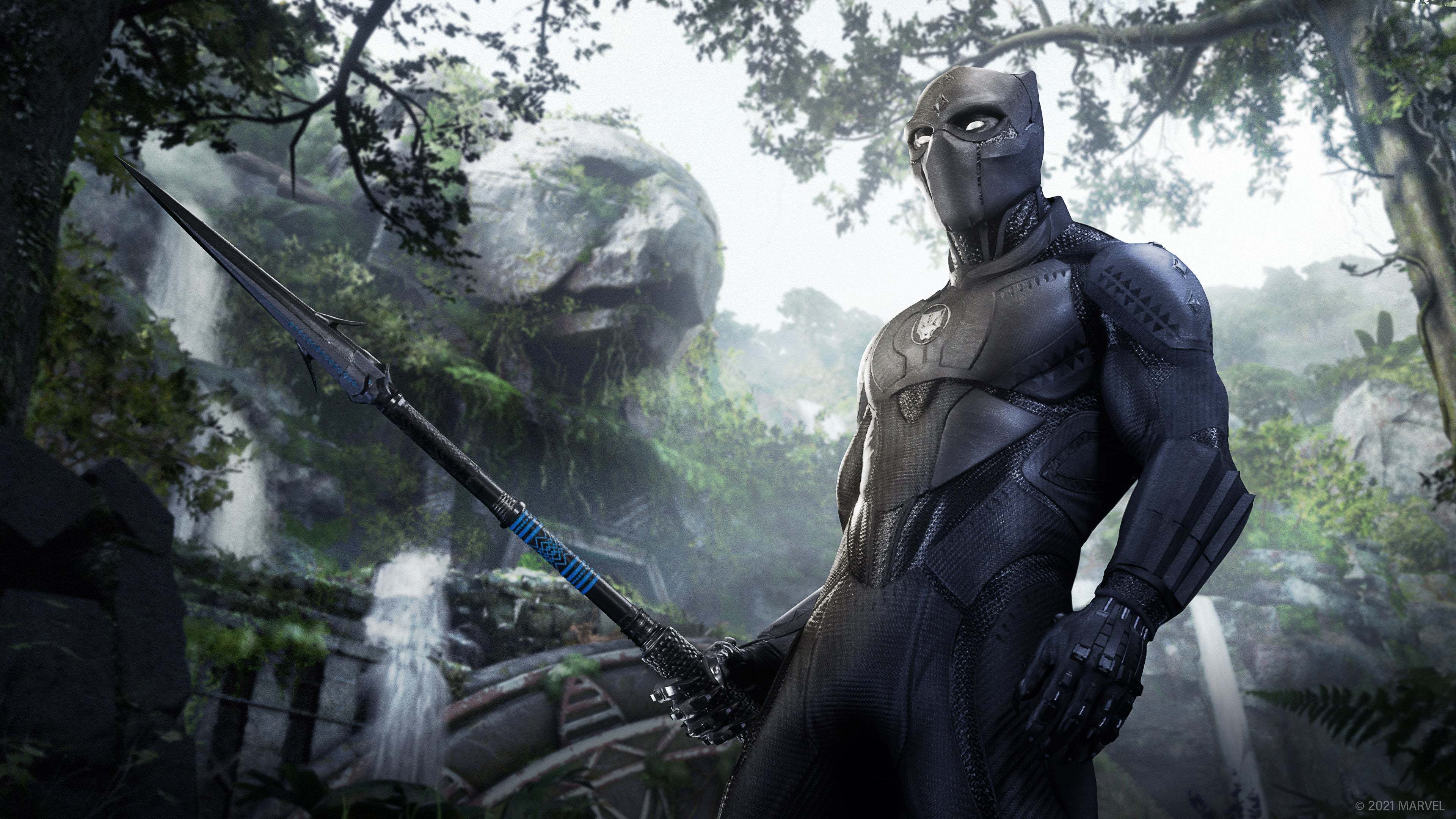 Black Panther is a fully unique hero with the same number of skills and gear as the rest of the Avengers, and will have around 40 outfits, as well as a full suite of emotes, takedowns, and nameplates for the marketplace.

Wakanda will release with several new enemies. The main villain is Black Panther’s nemesis from the comics, Ulysses Klaue. We’re bringing a new sonic rendition of him to life based on his iconic comics look. As mentioned, Klaue’s story is linked to Wakanda, and the Expansion will explore our all-new origin story for the character.

We're excited to announce the legendary comic villain Crossbones as Klaue’s head lieutenant. Crossbones, aka Brock Rumlow, is a sociopathic super-mercenary who works for the highest bidder and he’s ready to lead the invasion of Wakanda. Crossbones is a formidable foe and has an impressive arsenal at his disposal, including an impenetrable shield that makes him immune to many of Black Panther’s attacks. Klaue also brought with him a team of mercenaries that have a variety of Vibranium and sonic powered weapons and should pose a real challenge for Black Panther and the Avengers. 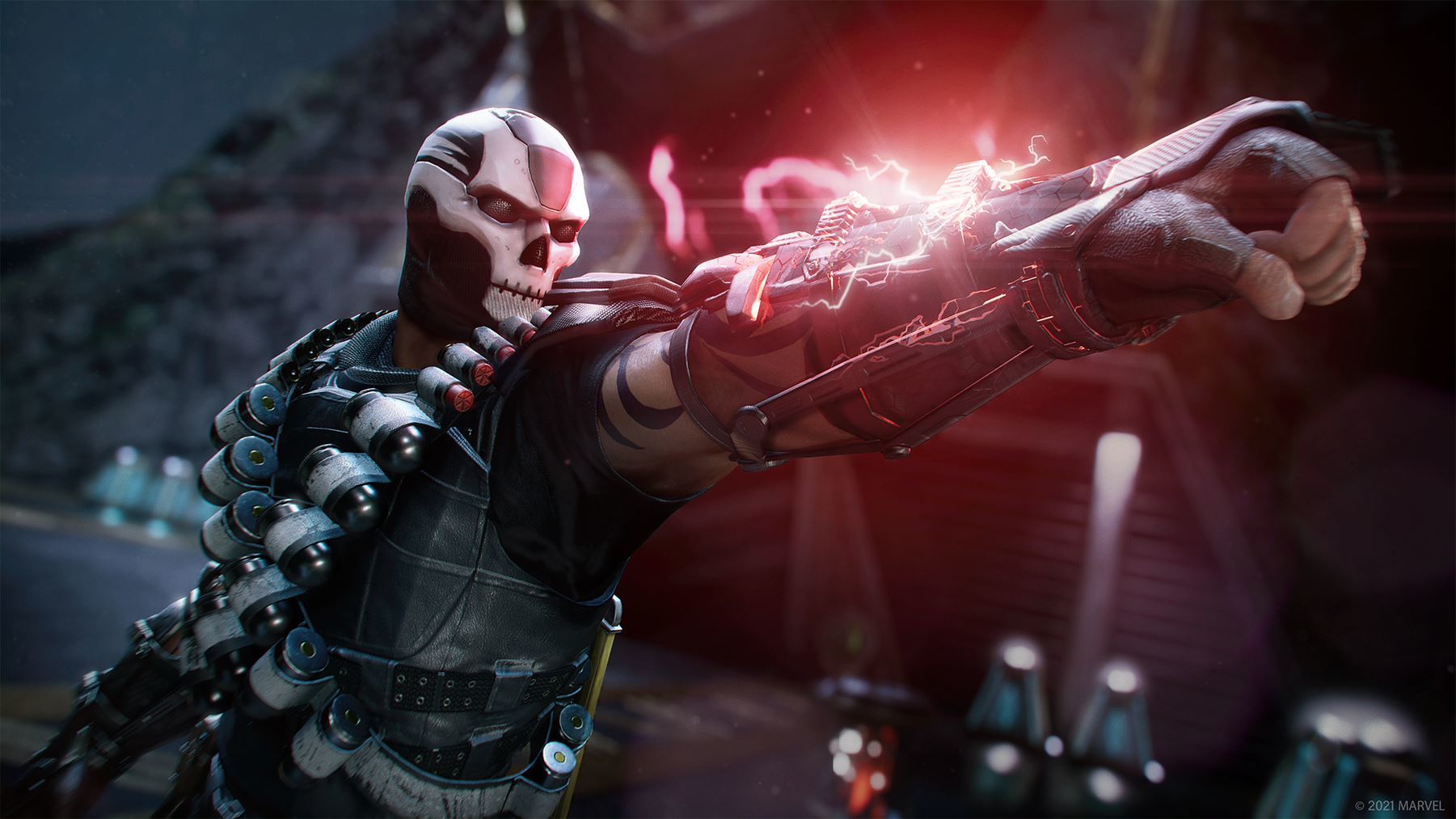 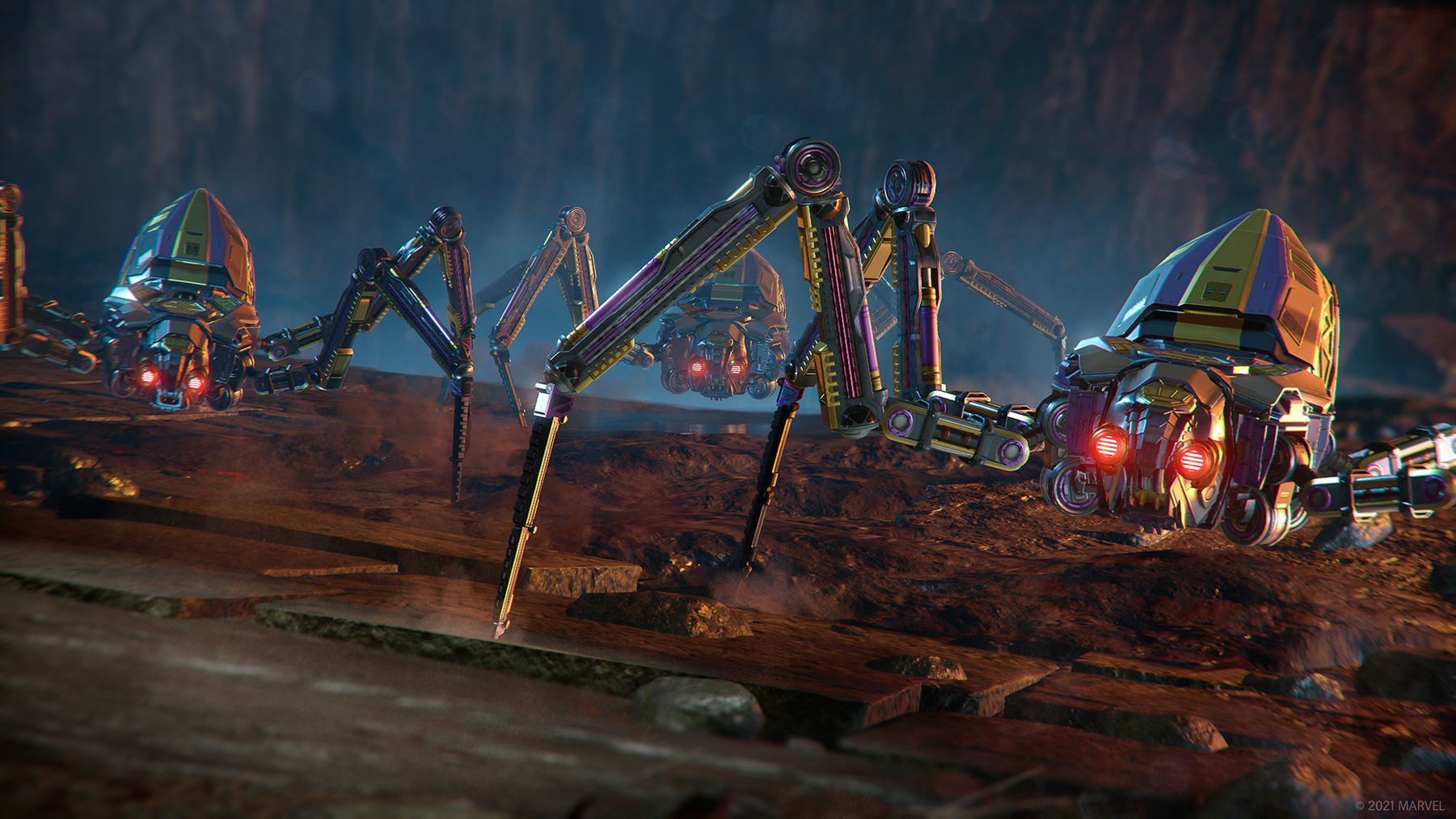 Also dropping tomorrow is a UI Update with popular changes requested by our community! Some of the biggest updates are related to the new unified character page. It contains everything associated with a hero in one easy to navigate space. Here, you can manage your gear, cosmetics, emotes, and takedowns, as well as view hero and challenge card progress; so you can get back to the action more quickly.

This update also includes commonly requested improvements for managing a hero's loadout including: more easily comparing items, locking your favorite gear for safety, and dismantling multiple items at once. Direct access to your Locker from anywhere adds an extra layer of convenience. This only scratches the surface of the UI improvements our team has crafted for you in this update! Be sure to give us feedback once you check it out so we can continue refinements in the future.

Phew – that was a lot! There is so much to be excited about in our first Expansion for Marvel’s Avengers, and we can’t wait for you to jump into the game.

As a gift at launch, we’re also including T’Challa’s Damisa-Sarki Outfit in the Marketplace for free this week. The Damisa-Sarki Outfit for Black Panther is a reinterpretation of Jack Kirby’s drawing of Black Panther and how he first appeared in the comics back in 1966. We wanted to ensure one of T'Challa's outfits had a cape. We know you did, too! You can learn more about the inspiration behind Black Panther’s outfits in our recent blog.

If you are looking for additional Black Panther cosmetics, you’ve got options! You can earn outfits, emotes and nameplates by completing Daily and week Hero Challenges to progress his hero card. If you activate the Black Panther Challenge Card for 1000 Credits, you’ll be able to earn more cosmetics as rewards for you progress.

The “Protector of Wakanda” Bundle will also hit the marketplace at launch, which includes The Strategist outfit, the Muscle of Wakanda takedown, and a Black Panther nameplate, and a bonus 3-day Hero Catalyst, which offers up a XP boost for players looking to level up quicker. The outfit, takedown and nameplate are all discounted for the purchase of this bundle, and Hero Catalyst is included at no additional charge. 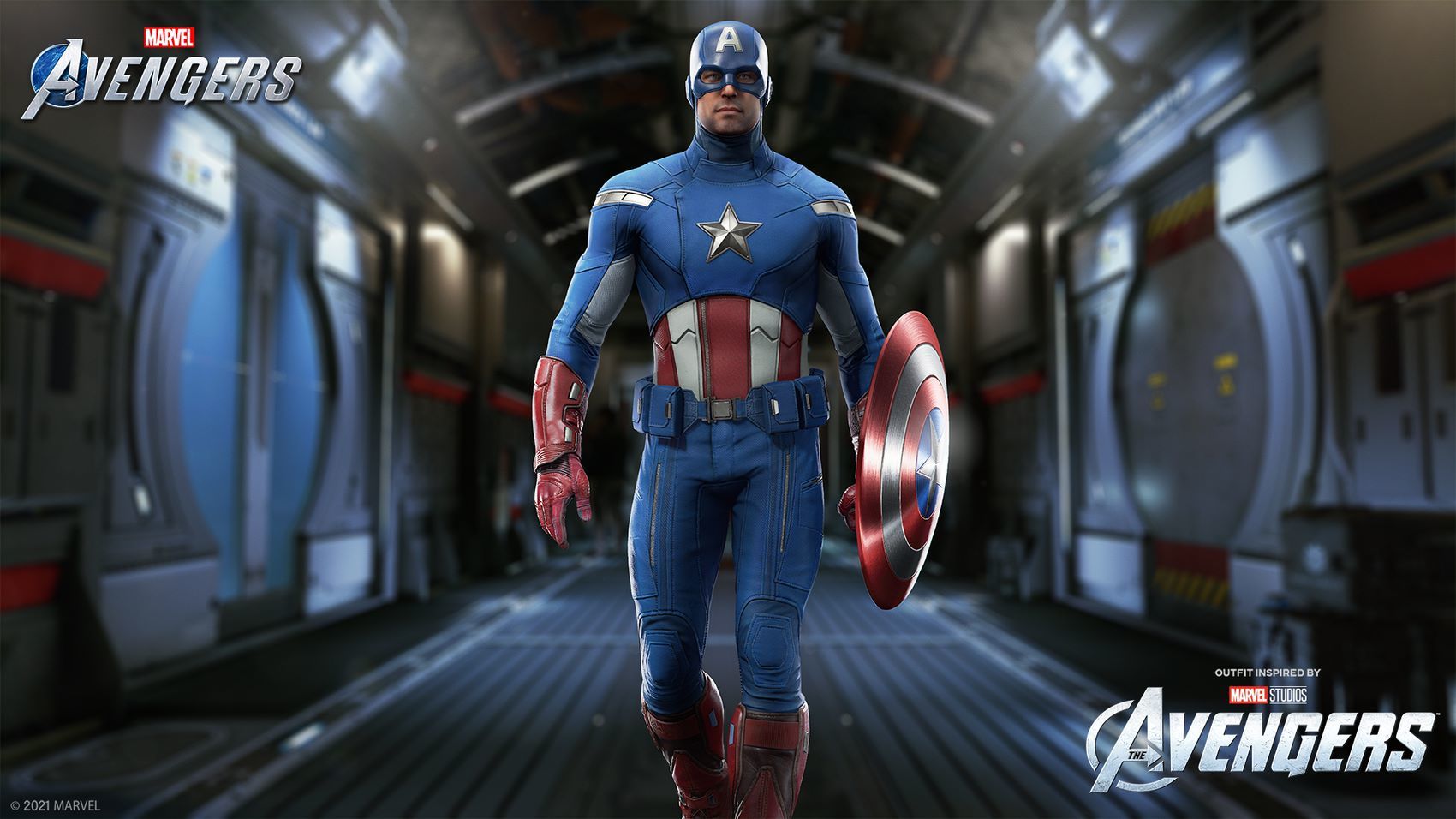 We can’t wait to see you roam the Jungles of Wakanda as the Black Panther. As always, be sure to provide us your feedback and share stunning snapshots with us online!