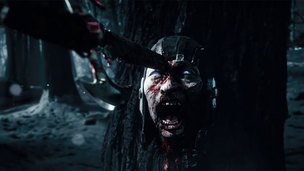 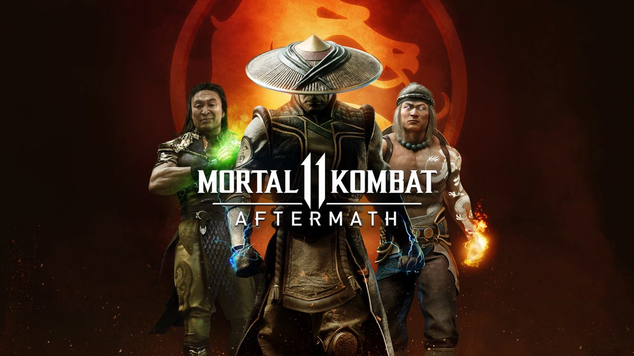 Mortal Kombat 11: Aftermath Review
Back in the 90s Mortal Kombat franchise was so big, that Midway even made several great slot machines based on

The beginning of the Armageddon

Back in the 90s Mortal Kombat franchise was so big, that Midway even made several great slot machines based on the Mortal Kombat game series. Sadly, today you may find such slots only at an online casino. However, in the 2000s MK lost its positions among top fighting games. And only in 2011, NetherRealm studios made a reboot of Mortal Kombat. From that moment on, the popular fighting game series practically competed on equal terms with the best representatives of the genre. If the gameplay MK always did not reach the depths of Street Fighter or Tekken, then in terms of the abundance of content and, often, its quality, the creation of NetherRealm surpassed its competitors from the Land of the Rising Sun. This is especially noticeable in the story mode, which in MK combines a good story by the standards of the genre, cinematic production, and outright cruelty.

The story of the Aftermath (small spoiler alert)

The Aftermath story begins immediately after the finale of the main game. Shang Tsung, one of the main antagonists of the MK series, informs Raiden and Liu Kang that without the ancient artifact, they cannot destroy the darkness without destroying the universe itself, and tells how to get it. The heroes agree with the sinister sorcerer's plan - this is how we travel back in time to rewrite history and fight in a series of epic battles involving heroes that were previously only available in an online multiplayer and when completing towers. Among the main characters are the Night Wolf, Emperor Shao Kahn, Sindel, Shang Tsung, as well as two well-known heroes of the series who have joined the roster of fighters: the Shokan Queen Shiva and the wind god Fujin.

The scenario offers five new chapters, which take 2-3 hours to complete, depending on the chosen difficulty. Even though Aftermath is presented as a sequel, we have just a slightly different look at the events of MK 11. This is especially noticeable at the beginning when even part of the add-on's plot videos repeats cut-scenes from the original. And if you take into account the rather logical ending of the main game, then at first it is not at all clear why, this plot add-on was needed, the main advantage of which turned out to be the characters and the chemistry between them.

So, the relationship between Sindel and Shao Kahn is much more interesting to follow than the main plot. In the chapter when you play as Fujin, the authors perfectly revealed the character and history of the wind god, while repeating the events of the original almost word for word - there are differences, but they are minimal. Shang Tsung performed by Kei-Hiroyuki Tagawa generally steals every scene in which he participates. The hero hardly develops. In front of us is the same powerful sorcerer, plotting against both his enemies and allies.

For those who have always considered the plot in Mortal Kombat as an optional appendage to online battles and towers, the main advantage of Aftermath will be the appearance of Shiva and Fujin on the list, each of whom, as expected, has its unique fighting style.

For example, Shiva relies on grappling and powerful strikes in fights. Her main trick is contact combat. But the same Descent Dragon move will give a lot of trouble to opponents trying to keep their distance from her. In turn, Fujin, who over the past 10 years has appeared in the background or cameo only in story clips, resorts not only to brute force but also to magic. He is great for mid-range combat, and his wind-based special moves are fast-paced and extremely effective.

In addition to Shiva and Fujin, the roster of fighters was also joined by Robocop, who was embodied in the game by Peter Weller himself, the star of the 1987 film of the same name. Naturally, Robocop is not part of the expansion's storyline campaign: Weller's role is reduced to small cutscenes at the beginning and end of the battle. As for the gameplay itself for the Robot Policeman itself, we have a classic fighter for long-medium range, which perfectly combines powerful attacks using a flamethrower, grenades, and an Auto-9 pistol.

In addition to new heroes and a story campaign, Aftermath also includes new hero skins. Moreover, NetherRealm, along with the release of the add-on, also released a free update, which includes several new arenas, as well as stage fatalities and friendships - funny friendly finishing moves. In general, if you are a fan of fighting games, especially the Mortal Kombat series, it is not recommended to skip Aftermath!

The main feature of Aftermath, which sets it apart from other additions to the game, is the storyline campaign. Unfortunately, the story itself brings almost nothing new to the world of Mortal Kombat, and the best thing about it is the characters and the relationship between them. Otherwise, we have a good and generally high-quality DLC, which is recommended to be played only by fans of the genre and fans of the MK universe.

The review is based on the PC version of the game.

To read the latest guides, news, and features you can visit our Mortal Kombat X Game Page.

Mortal Kombat X - Backstory For Newbies
Mortal Kombat has a rich back story, that new players, like myself, should know before jumping into Mortal Komb