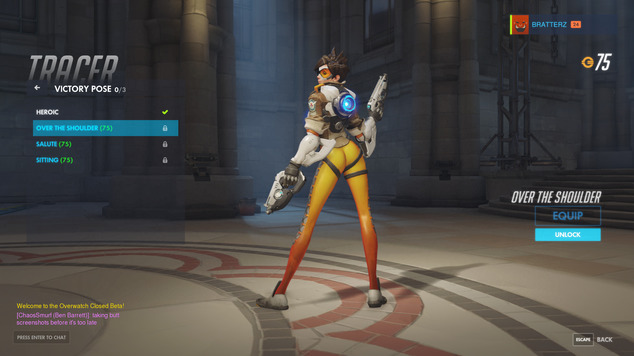 For anyone unaware, Blizzard recently removed a pose from Tracer, one of several female characters in Overwatch. The original thread that sparked the debate caused quite a stir and the reasoning by the poster for their dislike at the pose because it had nothing to do with the character. They went on to state that: "It's not fun, its not silly, it has nothing to do with being a fast elite killer. It just reduces tracer to another bland female sex symbol." While the rest of the post is filled with a smattering of sensationalism, I can't ever pretend to understand how modern women feel about the over sexualisation of their gender. I do know as a man that we experience it every day as well. I don't look like a Calvin Klein model. I don't have a six-pack. I can't grow a perfect beard and I'm not Russel Brand in bed. Despite all of the noise surrounding this image, I wanted to ask all my female friends what they thought of it.

2. They're all working professionals, with jobs ranging from teaching, to athletics, accountancy and cake making.

3. They are a broad spectrum of women, with some part of the Womens Institute, some in relationships (gay and straight) and some with children. I've even included my own wife (that's Jemma).

4. None of them have ever heard of Overwatch and none of them play videogames (with the exception of Hailey).

5. I chose to only ask two questions: "What is your first thought when you see this character and pose?" and "Do you think it is sexualised?"

Here's how we got on. 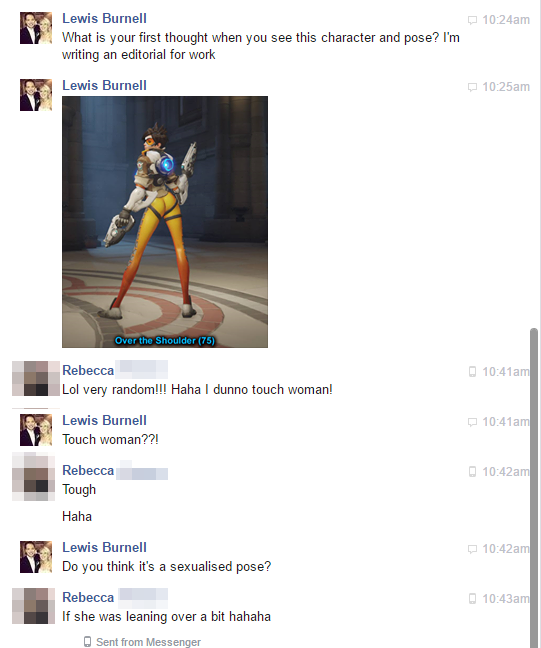 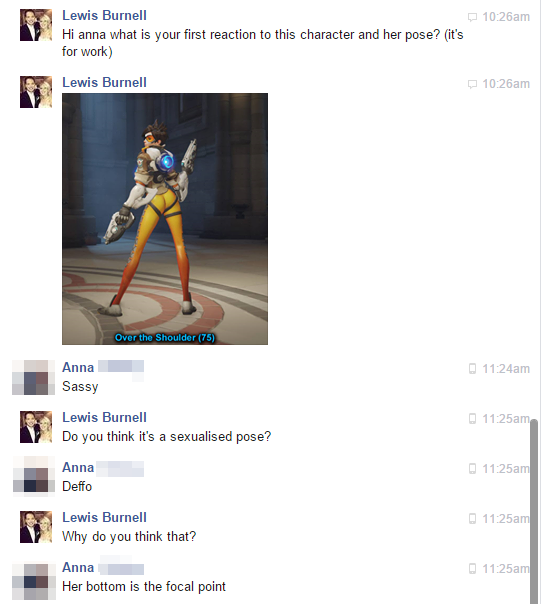 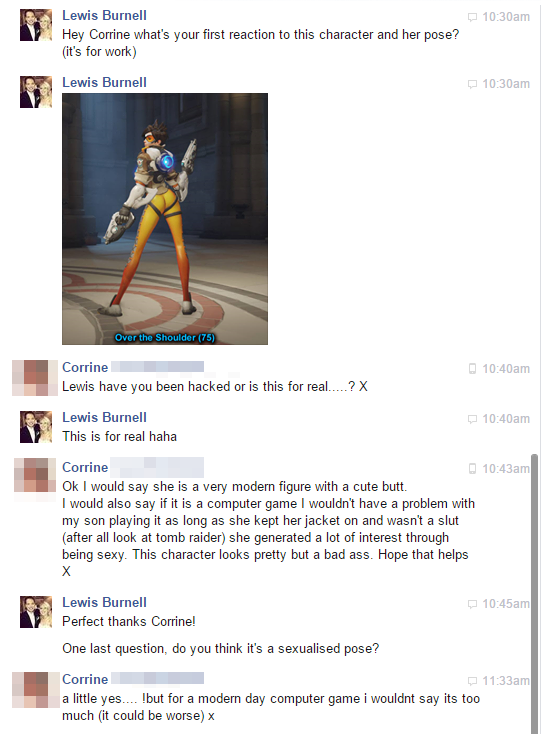 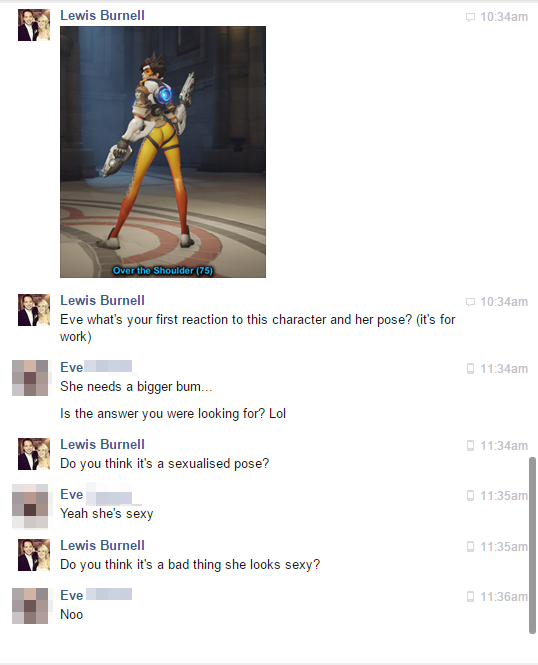 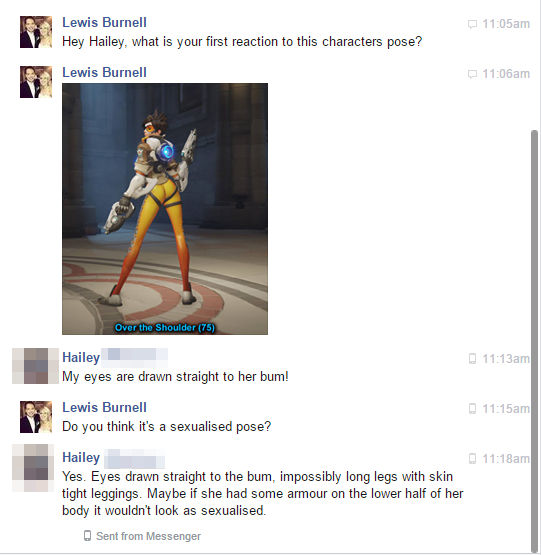 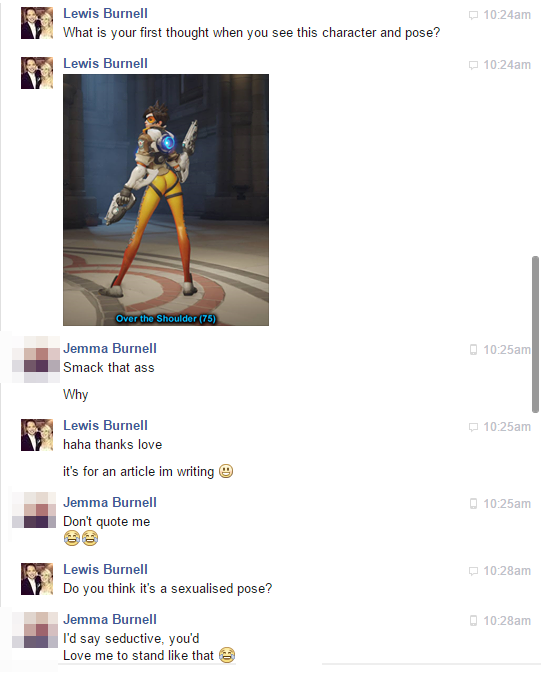 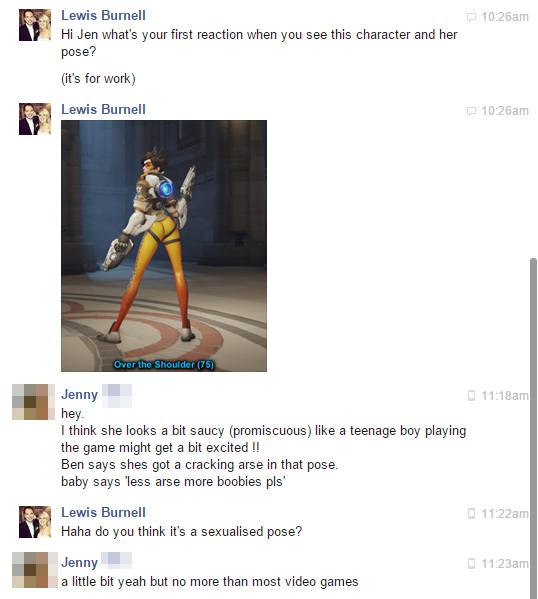 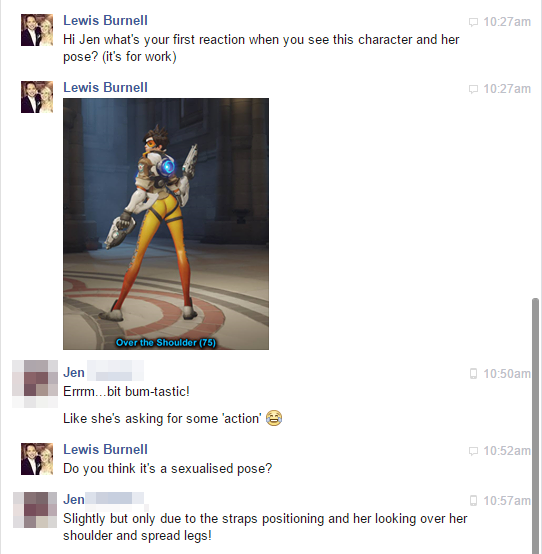 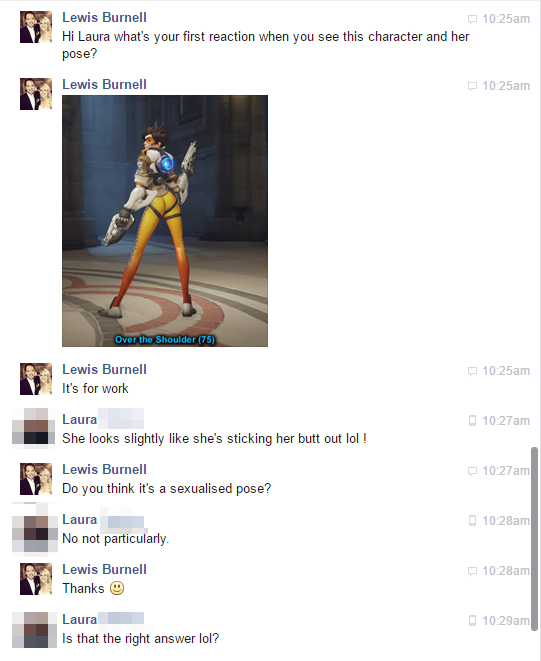 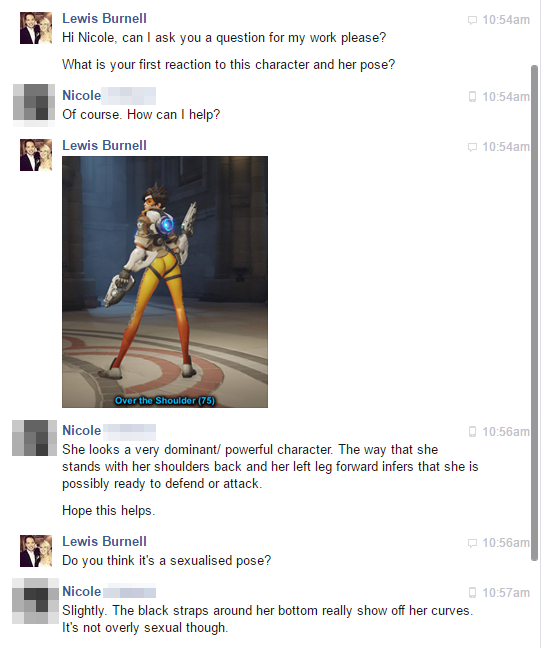 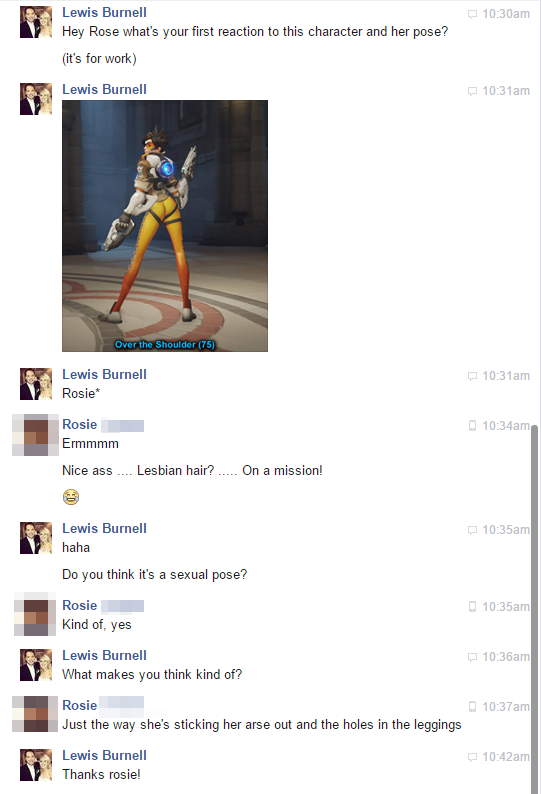 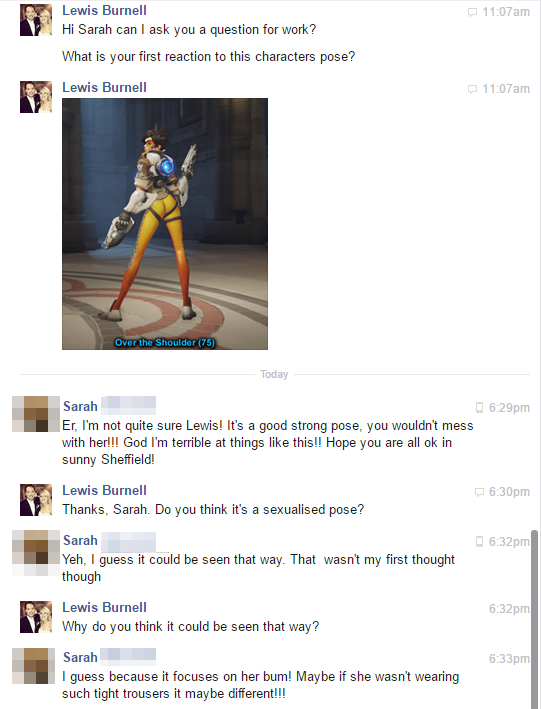 I've no intention of reaching any conclusion from this, I just felt it was both interesting and amusing. Out of all of this, I'm more concerned about Widowmaker and how she's infinitely worse than Tracer. I mean, come on.