Feature
Pantheon: Rise of the Fallen 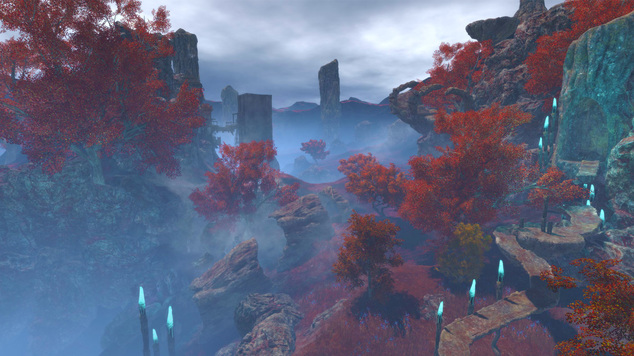 Despite the relative "radio-silence" of Pantheon Development, the game's team has been working tirelessly to make the the new MMORPG a reality.

In a recent news post, developer Ben "Kilsin" Walters was able to show off some of the team's work with the halfling homeland of "Wild's End". The region contains several different areas of importance. There, team has posted several pictures of the zone, including an in-game fly-through of many of these notable locations - which can be found at the bottom of this article.

There is also a wealth of information for Pantheon's Halfling race on the game's official website if you want to pop over there and read up on that too. 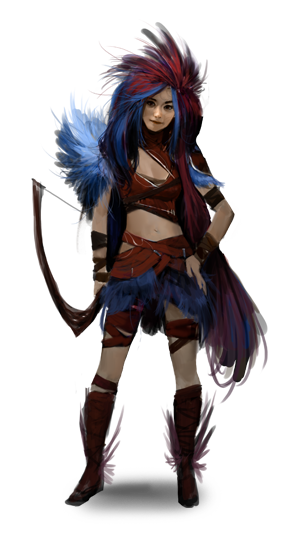 “This mist-laden land endures as an untamed soul, once neglected in fear by the Humans as ‘the Dead Foot’. Abandoned in the fading night of the Deicide War, Wild’s End hosted a final salvo of skirmishes between the Revenant, the Sacred and the Withered. Who are the Withered, you ask? Perhaps it is discovery you seek, rather than mere words. For in Wild’s End, the present perils are of ancient origin, while the scale of vegetation and wildlife reduces even giants to specks of flesh. Yet from this small perspective, the abundant rebirth of the landscape even further mesmerizes the beholder. From the maze of the Grovegrass, to the Tower Oaks of Sorhiryth... even the insects that swarm about in between are exaggerated hulks. This land was a fitting beast to acquire the Halflings, with their familial culture and accord with nature. Wild’s End, a land no other people found suitable, was the perfect home to a people who could suit any land.

The record of this region begins before any of the Sacred Six, predating the Dragon Accord itself by years unknown. Scraps and scrawls speak of a peaceful cult, devoted to internal fervency, external communion and the prosperity of the nature around them. But some calamity overthrew their number, and in their place came the haunt of wraiths. The chants of worship returned as echoes of terror. In this indifferent manner the land turned wild, its reputation leaving it untouched until the appendix of the War of Gods. Yet into this wilderness stepped the intrepid Halflings, and under their quick eye and relentless hand the land has found its old prosperity.

Today, the affairs of the Halflings weave almost imperceptibly through the undomesticated pasture, which features a vast and violent swamp, a pristine pond of translucent depth and mineral rejuvenation, a decrepit temple of the dispossessed, a craven offshoot of the pioneer Halflings and of course, their elevated home of Sorhiryth. For all told, this sliver of Kingsreach is much greater than a mere city, and it cradles mysteries far older than its newest inhabitants. It is a long and twisting hallway, where rooms are bright and dark, restorative and vicious, and the doors are never locked.” 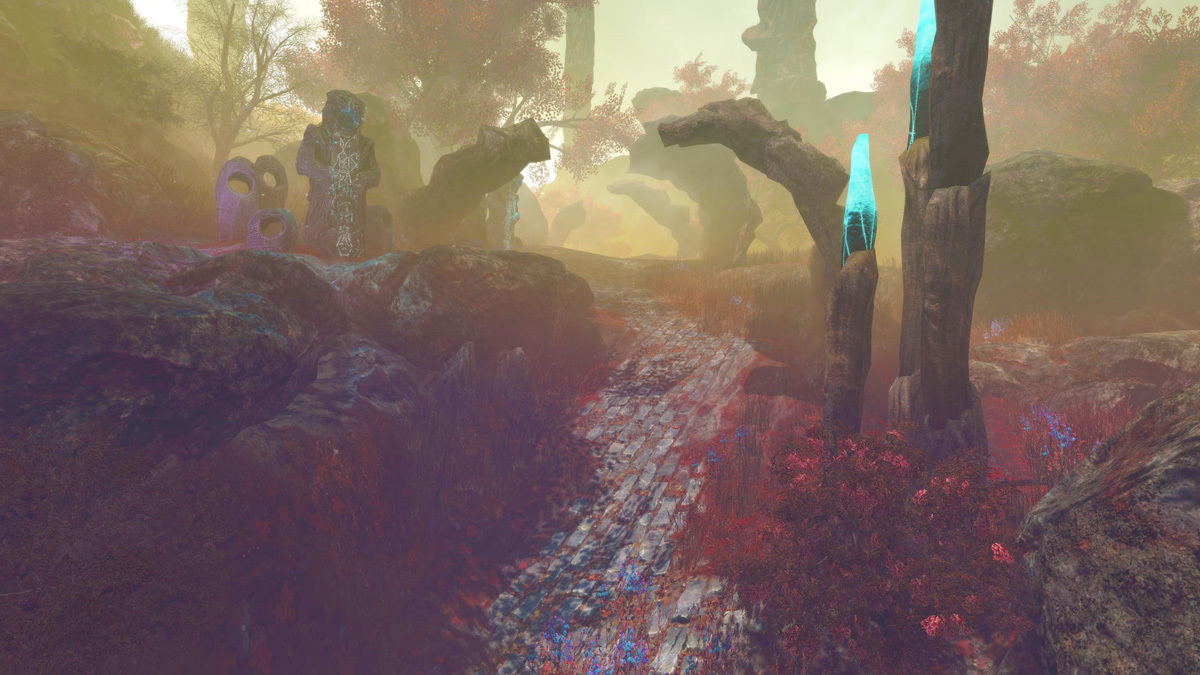 Notable Locations in this Region

SORHIRYTH, HOME OF THE HALFLINGS

The Halflings make their home in Sorhiryth, a winding, vertical and peculiar city built amidst the massive Tower Oaks of Wild’s End. Here you will find the three primary branches of their people: the Esqap, the Maidyn Clan and the Nothi, all living in relative peace; distinct, but not segregated. The hollows and burrows mingle seamlessly with the titan trees, a testament to the Halfling skill of adaptation. While most travelers are joyfully welcomed here, the instincts of the host race are sharper than the daggers beneath their cloaks.

The first area a starting Halfling will likely venture to once outside the safety of Sorhiryth is the Wellpond. This amazingly deep pool of water is not a Halfling construct, but a naturally occurring phenomenon, with equally fantastic and dangerous things to discover in its depths! Many adventurers will be drawn to examine the revered Hallow Stone in the center of the pond, said to be one of many throughout Wild’s End.

One cannot gain entry to or leave Wild’s End without passing through the Grovegrass, a formidable labyrinth of paths enclosed by dense, bamboo-like foliage. It's a dangerous trial to pass through the brush, as many adventurers have discovered to their harm. Though the “riddle of roads” is daunting, there is rumored to be hidden insight into traversing the Grovegrass available to the most perceptive travelers.

The Mad Moor is a sprawling region of Wild’s End that is home to a wide array of treacherous creatures. Unwary adventurers can quickly find themselves overwhelmed amidst the diverse atmospheres of this grueling environment. Beware the Feralings, debased Halflings who have lost their essence, consumed by their hunger for “the Hunt”. Here you will also find the Moor'Vaki and their king, a deadly reptilian race embattled against the Feralings. As you venture within the overgrowth, fear the colossal Boas of the Moor, which relentlessly grow in size and hunger - and always beware the creeping Cess.

The Gate was the reason the Halflings picked Wild's End to settle in when first arriving on Terminus. It was the Elves who told them to avoid the area, as it was overrun by Wraiths. But it was in light of this very knowledge that the Halflings couldn't be kept away, for they glory in destroying the legacy of the one who cursed them so long ago. It is inside The Gate where adventurers will find the ancient halls of the Withered and quest to uncover some of Terminus’ most primeval and guarded secrets.

The community continues to grow now that Pantheon has risen again from a quiet summer of revision and recentering. With new seed funding, the development of Pantheon is as vigorous as ever, and the forum activity show that. Soon to come, the team will be launching a brand new version of the forums - to make participating in the discussions easier and provide a better and more convenient experience. No word on an exact date, but it shouldn't be far away.

Feature
Pantheon: Rise of the Fallen