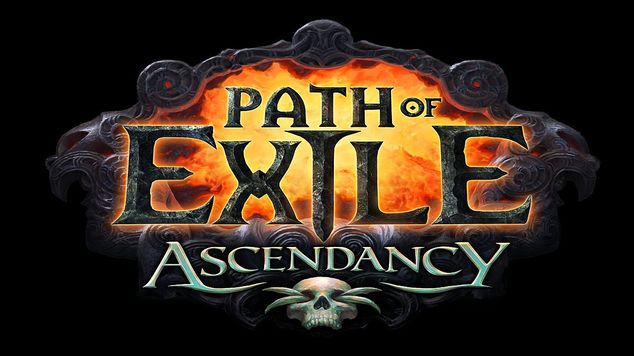 Path of Exile is getting a brand new expansion, known as Path of Exile: Ascendancy. It adds two new core features: The Lord’s Labyrinth and new traps into the game. Players will first move through The Trials of Ascendancy in order to unlock the The Labyrinth, where Emperor Izaro has been entombed forever in his own creation. From there, they’ll play through a daily randomly generated dungeon loaded with monsters and traps in order to gain their Ascendancy Class (access to a new skill tree), and new Enchantments for their gear.

I had the chance to talk with Chris Wilson about the upcoming changes to provide some cool new details about what’s coming in this update and how some of the new mechanics are going to work, the most noteworthy being the traps.

The Trials of Ascendancy

These are short maps that introduce the various new mechanics related to traps. You’ll see the various traps on the floor and work your way around to learn how to deal with them. Like, Dart Traps and how they fire, along with floor saws, and gear grinders, etc.

Every 24 hours, the Labyrinth is reseeded, completely new design every day. On a base level, the content inside is still procedularly generated, so brush and monsters may be in different places, but the overall path you’ll take and general design will remain the same day to day. There will be the three standard difficulties, which are Normal, Cruel, and Merciless. The first completion will unlock the Ascendancy Class and first point. You can then, on the second completion, get a second point. On each difficulty, you can get up to two points for the first two clears on each difficulty, for a total of six points. 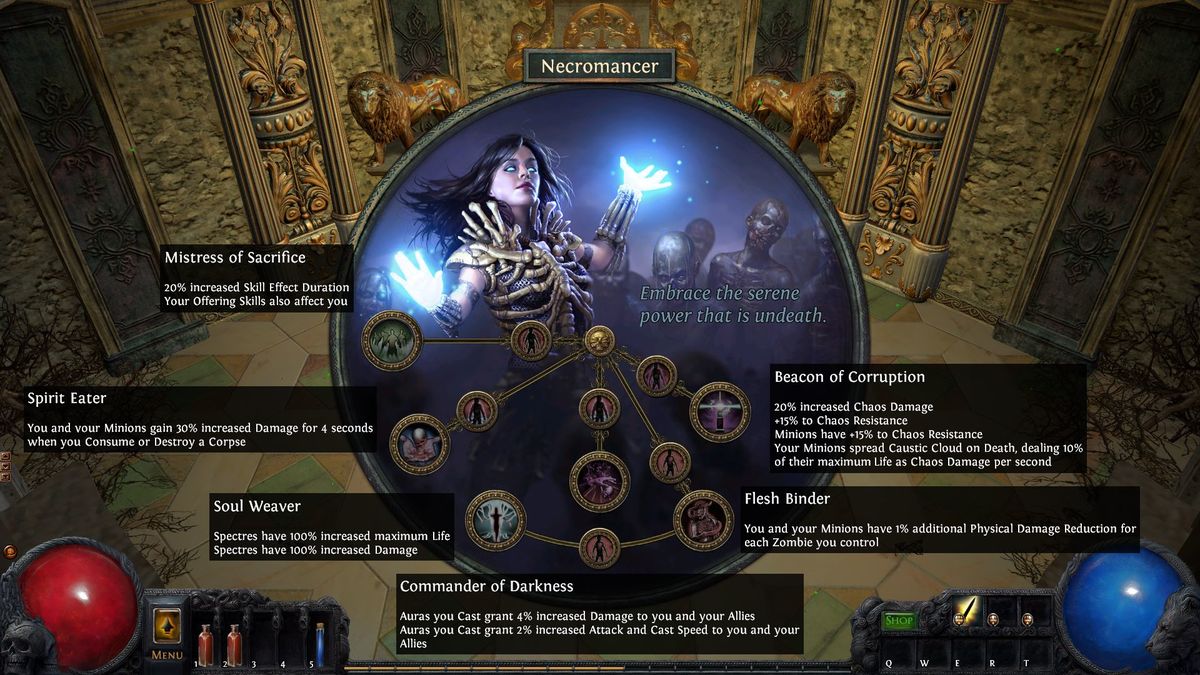 You also can get an enchantment for your gloves (Normal), boots (Cruel), and helmet (Merciless). The enchantment is random each time, but some examples include summoning swords to fight alongside you, and all the way to increasing various skills power. This fits in on the Implicit Mod slot.

The labyrinth can be generated in a variety of ways, including having a door that requires a key, and branching paths which could or could not be connected, depending on how the level generator feels that day. Throughout the labyrinth you’ll fight Emperor Izaro three times. Knock his health down by a third and he’ll skip off, waiting for you later on in the Labyrinth.

Each time he comes, he might have different weapons and different mechanics. The one that I was able to see had statues. Activating the statues decreased his power, any statues active when defeated, he brought along with him. Another were runic circles, where he could only be damaged in the circles.

Some cool things are monster generators, which can spawn a near infinite amount of enemies. Enemies with elemental resistance to traps. Traps impact enemies, but for instance fire skeletons won’t be bothered by the lava floor. A Dark Shrine type mechanic exists as well, where you could find a shrine that makes it more challenging, but with higher rewards. You won’t know what the shrine offers until you activate it. 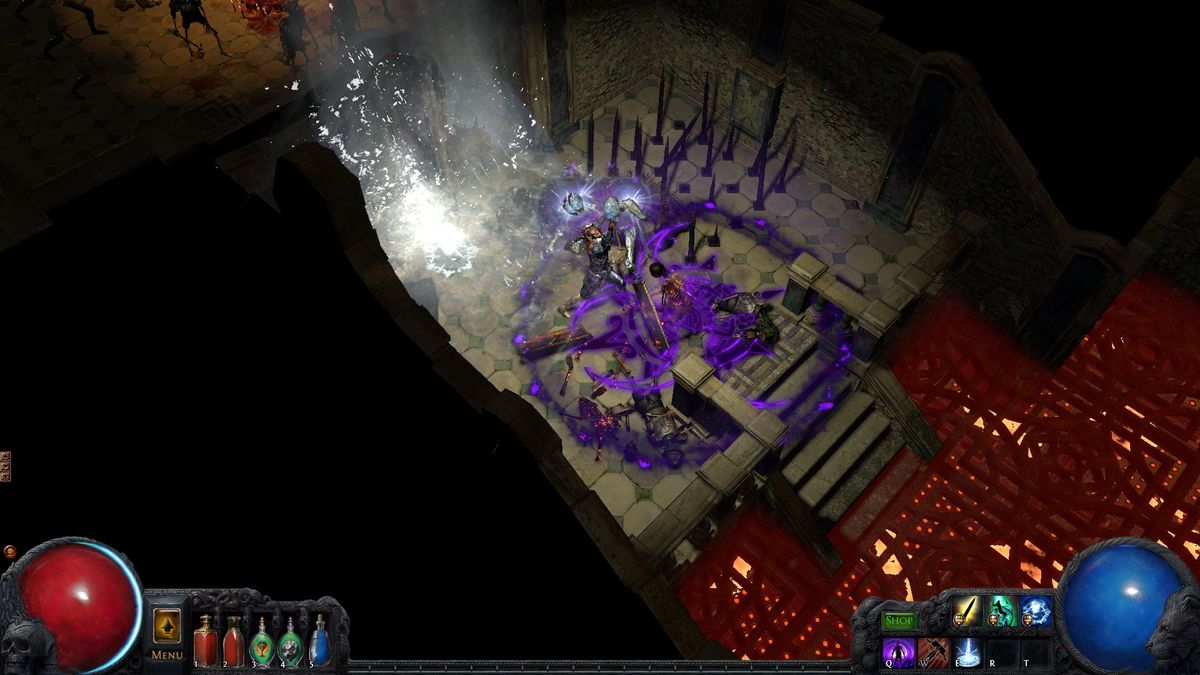 Traps are based on percentage health, to keep heavily geared players from just walking through normal, but damage mitigation applies as well. The intention is to create a cool twitch style gameplay mechanic.

Between the new enchantments and the new Ascendancy Classes, you can expand the gameplay of certain classes. For instance, Witches will be able to have their minion buffs impact them as well, which makes necromancy more interesting. Ascendancy Classes are per birth class, with three for most classes.

The Labyrinth is both soloable and for groups.

Along with the labyrinth, new items and gems will be arriving in the game. Along with that, the latest challenge league kicks off as well. This makes it easy to get back in the game and start fresh, with all the new mechanics happening. Additionally, moving forward, traps and other mechanics introduced may find their way into future maps as well, something for players to look forward to.

Path of Exile: Ascendancy will be free for all players. You can download and play Path of Exile now on Steam for free.