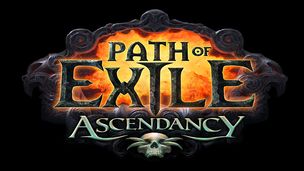 Path of Exile has been in open beta for a while now but it’s finally ready for primetime, but we here at Ten Ton Hammer ask if it’s truly set in gold or could it use some more time cooking? Our review looks at Path of Exile subjectively from an MMO player’s perspective, for those who enjoy social interaction and communicating with the community, and not necessarily completely focused on the PvE or PvP aspect of the game.

Path of Exile is rated N/A but the ESRB, but I would like to think it falls in with the “M” rating for mature due to graphic content (lots of blood) and generally adult aligned themes.

The gameplay of Path of Exile is fantastic, to say the least, and sadly it’s pretty much the only highlight the game has. I don’t like starting off with a positive negative note, but PoE has one thing going for it and one thing alone: the gameplay. There are few games out there that are as satisfying to just downright play as PoE is. I can sit and kill monsters day in and day out not really caring about much else. The gameplay is smooth and the abilities work right.

You wondering why I’m giving it such a glowing review on gameplay and that’s because it’s like a refined version of Diablo II. Really, it just is like playing a more updated version of D2. I’ve played D2 and I’ve played the D2 mods enough to confidently say that PoE has bottled the dungeon crawler formula up and properly implemented it into a new game.

Imagine this, you walk into a dungeon full of skeletons, necromancers, and other ner’do’wells. There is about fifty total enemies on the screen and you click frantically slaying them in mass droves. The instant gratification from seeing the pixelated monsters explode on your screen is just fantastic.

Other components of the game are a little off, in my honest opinion. The skill tree, which hilarious the first time you see it, is way too daunting and way too easy to permanently mess a character up. There isn’t any get out of jail free cards when it comes to building your character out and any future patches could make your choices less than optimal. The game requires a lot of upfront research before you begin playing just to make sure you don’t end up a few points away at level 100 from the passive skills you really wanted. Then again, D2 was exactly like that. You had one chance to build your character out, any mistakes and it was time to reroll.

As far as the skills go, I like the gem system. It’s interesting that you can basically use different skill gems in different slots, but I also don’t like the fact that you have to be picky with what kind of gear you pick up because if it doesn’t have the right color gem slots then you can’t use all of the skills that you want to use.

The economy in the game is interesting and I like their take on dealing with gold. There is no gold in the game, so there is no massive inflation from the fact that in a dungeon crawler you rarely have a need for gold outside of inexpensive items that can’t be made more expensive without harming the ability for new players to purchase them. All items are bartered for through different gems and scrolls (like town portal scrolls or scrolls of wisdom, their version of the identification system).

The random difficulty I don’t enjoy. I didn’t enjoy the boss of Act 1 pretty much one shoting me out of nowhere while every single other enemy couldn’t even get past my energy shield. That was a bit of a shock and I do not like instances where you can instantly die after walking around like the most powerful being on the planet.

So to recap, for the gameplay, I love the part where you actually fight. That’s the true highlight of the game and something they did right. The rest of the mechanics are a bit off, but overall they work. Sadly, this is the highest score.

Here at Ten Ton Hammer I like to think of myself as one of the less critical reviewers, but this is the one time I just have to stand out and say something: the graphics suck. I don’t mean to be mean, but woah boy does the graphics make the game a bit hard to play for a long period of time. The grimdark atmosphere is pretty awesome and it really captures Diablo II oh so well, but this is 2013 and I do think the super gritty low quality textures aren’t necessary.

The game is dark, like, really dark. They have the dark filtering on maximum in a lot of areas in the game. There are some brighter areas that you can play through that are really pretty, in a way, but overall I didn’t don’t enjoy the graphics. I just don’t. Diablo III has some kind of eh graphics too, but I can tolerate them for long periods of time.

The sound in the game is bad. Again, I love playing random F2P games that were probably made in the “random F2P game maker” engine using sound clips probably ripped off YouTube, but the sound quality of Path of Exile is just bad. Listening to a dog bark at times is slightly more preferable for me then to listen to the random noises that PoE has in it. The voice acting is hilariously bad, but again this is all the same kind of thing that D2 had and we all loved it back then in June of 2000. This is 2013, 13 years later, I do think we can do a little bit better.

The multiplayer is alright. Realistically speaking you can play together in a group and do things and there is PvP. The matchmaking is manual, you’ll need to go to the noticeboard and find advertisements for groups, but it works well for the game. I didn’t really find anything impressive about the multiplayer, outside of the fact that it’s a slight improvement on making games and having people join them in D2 since the world is “semi-persistent.”

The value hrm I’d have to say really good! I was happy with not only the fact that it’s free but also, in addition, the shop only sells cosmetic items and has random sales to make things a bit easier on the wallet. I have to compliment them here.

This is less dark than the other things.

The game has a somewhat odd lasting appeal. If you get into it, it can last you for years. If you don’t, then there is one playthrough in it for you at most. It’s like a single player game that you play over and over like, well, Diablo II and Phantasy Star Online and any other dungeon crawler you can think of. The entire point is to repeat the game over and over and over and over again until you have all of the loot.

I’m going to give this a decent score, because there is plenty to do and that “plenty to do” includes spam the right mouse button all day every day for monster slaying. There is other stuff to, but let’s be honest, dungeon crawlers is all about watching stuff explode.

If you’re still playing Diablo II then switch over to Path of Exile now that it’s live. Otherwise, install the game for a quick time waster, but you probably won’t find a lot of value in it unless dungeon crawlers are your thing.