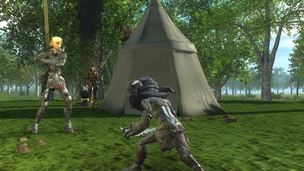 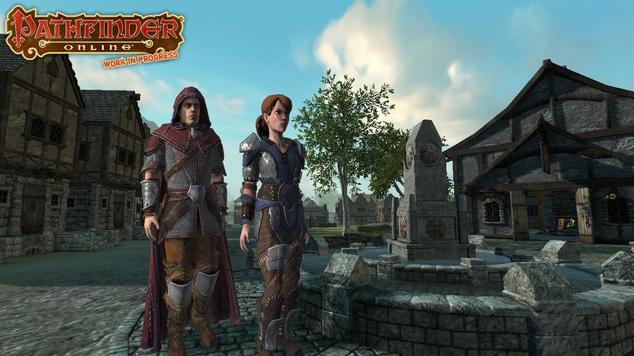 Pathfinder Online is a strange one. There’s a side of me that is glad to see the roleplaying game adapted into a videogame while the other simply asks: “Where is the appeal?”. I’m a huge fan of tabletop role-playing games, whether it’s World of Darkness or Dungeons and Dragons and like most people, to see these static games come life in 3D is a dream come true. Whether it was CCP’s now-cancelled World of Darkness, Mythic’s Warhammer Online or Turbine’s Dungeons and Dragons Online, the prospect of them being or becoming games adds another layer of exposure to already successful intellectual properties. Videogame adaptations of these licences lifts them above simply being an activity you share with a handful of friends around the kitchen table or down your local wargaming shop (if you’re lucky enough to have them). It opens up doors to potentially millions of potential players who may have been unaware that the original roleplaying game even existed.

Although Mythic and Turbine have made good on the licences they crafted into massively multiplayer games, they were backed by publishers who were providing time and no-doubt significant sums of money. Warhammer Online might have only lasted for five years but it innovated a great deal and carved out a healthy playerbase that kept its Realm versus Realm alive. It wasn’t perfect and many people left it soon after launch but that didn’t stop the game doing justice to its source material. The same can be said for Dungeons and Dragons Online which has seen enormous success since going free to play and arguably, was a trend setter for the entire genre in making the shift from a subscription model.

Having followed Pathfinder Online since it arrived on Kickstarter back in November 2012, it never really caught my interest to the point where I wanted to invest in it. Although I firmly believe in the games design philosophy of a fantasy sandbox MMO with a player driven economy and open world PvP, it’s neither original or entirely inspiring. It’s what all hardened massively multiplayers’ want and arguably, it already exists in a variety of games. The problem is, and seemingly consistent in the genre, is the fact that this path is almost already trodden by companies on a small budget but with big ambitions. Whether it’s Mortal Online to Darkfall Unholy Wars, there has been a consistency over the years in such niche titles falling flat and when they do eventually launch, they’re still in need of significant polish.

Having successfully raised over a million dollars on Kickstarter and with potential backers still able to buy into the game, even now I’m still struggling to see the value or fundamental purpose of Pathfinder Online. While I fully back Goblin Works’ desire to bring the Pathfinder licence to life and fully support their design decisions, I’m not particularly confident from what I’ve seen so far that the game will reach a standard that modern massively multiplayer gamers will play. I’ve thought a great deal lately about WildStar and how despite millions of dollars of investment and the game being incredibly polished at launch, it still failed to resonate with the paying public. Despite some wonderful design decisions, beautiful animations and fluid combat it simply wasn’t enough in the face of the competition. WildStar certainly wasn’t perfect and there were many issues and bugs but with Warlords of Draenor having been right around the corner it stood little chance of recovering

Although I fully appreciate that Pathfinder Online already has an awaiting playerbase who backed the game and their standards will be significantly different to that of a AAA title audience, I don’t believe they alone can sustain its longterm future. Of the videos provided by Goblin Works so far, Pathfinder Online is looking pretty rough. I think it only looks marginally better than Pantheon and has a mountain to climb if it’s ever going to reach a standard that joe-public would buy into.

I’ve played my fair share of buggy and rough MMO’s before and my favourite, even to this day, was one that only had around 15,000 players at its peak and which likely needed years of developer polish and investment if it was to ever become mainstream. Constant crashes, awful animations, item loss and frame rate issues were all too common. The reason why I put up with it was because the core game underneath was amazing and I hadn’t, at that point, been exposed to the polish of World of Warcraft. When WoW did eventually launch, Neocron never recovered and although it’s still going, has only a few hundred players. Today’s MMO player wants it all and by that I mean: polish, swathes of content, sandbox elements, single and multiplayer aspects, crafting, dungeons, raids, PvP and more. Pathfinder Online might be offering something a little different to the themeparks most MMO players currently play, but it’s going up against the likes of Shroud of the Avatar, Pantheon and a swathe of quality existing titles. That isn’t to say it shouldn’t be developed just because there’s competition out there, but I can’t help but wonder whether there would have been a better way of bringing Pathfinder Online to life on such a small budget. 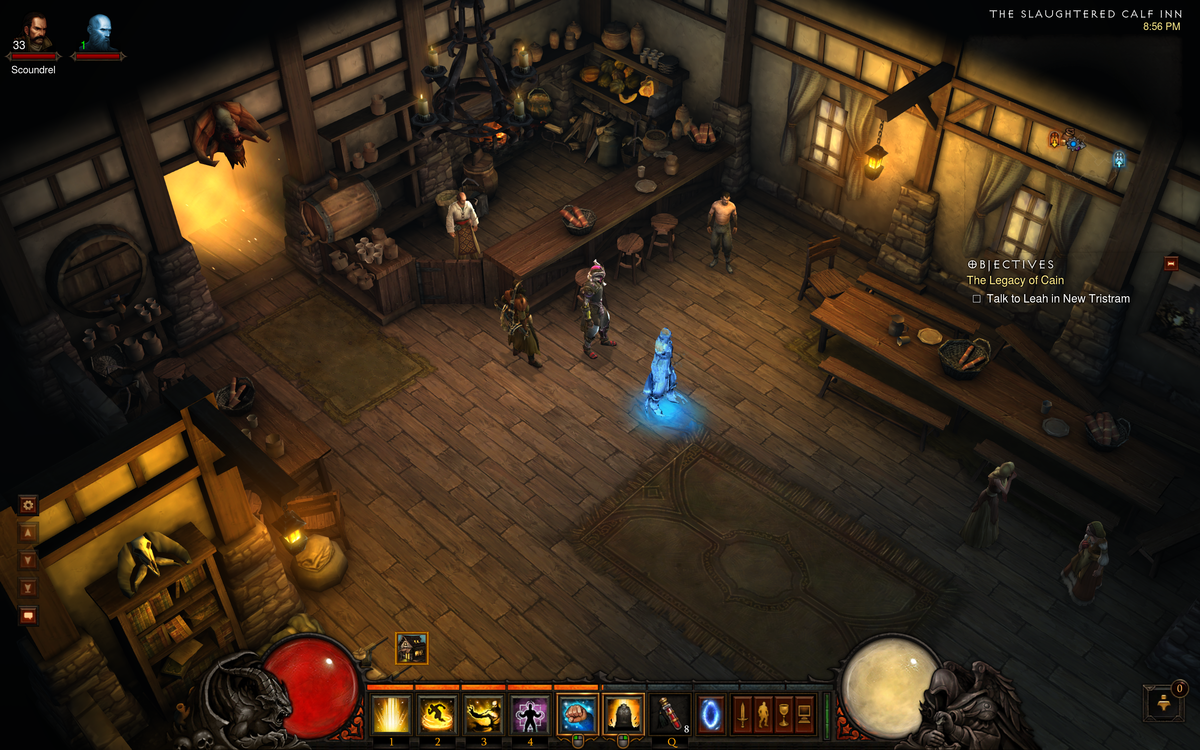 A thought that crossed my mind recently is how all developers, regardless of ambition, are staunchly sticking to a 3rd person perspective with “action combat”. The problem with this approach is the fact that for it to be a rewarding play experience it needs to be an incredibly polished product. I suspect even up to and after launch, Pathfinder Online will be no where close to polished, so the game - right out of the gates - is at an immediate disadvantage. Instead and perhaps an unpopular opinion, I’d have liked to have seen Pathfinder Online utilise an isometric perspective similar to Diablo III. Much of its design decisions would still be possible and it would likely be easier on the development team. Games such as Bloodline Champions have proved PvP can work from such a perspective and Diablo III or Torchlight II further emphasise the fluidity, beauty and atmosphere this perspective offers.

There’s no chance of this ever coming to fruition but as it currently stands I think Pathfinder Online needed to have made a decision such as this to truly stand out from the crowd. At the moment it simply looks like another poorly developed MMO that’s arguably worse off than the likes of Dark Age of Camelot or even the original Ultima Online. YouTube comments are certainly no benchmark of consumer sanity but for the first time in my life, I actually agree with the majority of them.

I really hope Goblin Works manage to achieve something with Pathfinder Online because the licence is ripe for game development. At this stage however, I'm just glad they've got plenty of development time left.