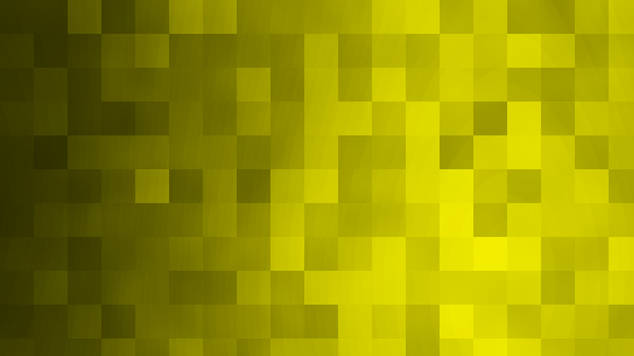 Pixelated Life: A Timeline Of My Gaming History
It's tempting to lie and say that I am and have always been the most hardcore gamer the world has ever seen.

Pixelated Life: A Timeline Of My Gaming History

It's tempting to lie and say that I am and have always been the most hardcore gamer the world has ever seen. I could say that I've played every game on every console – from Mario to Mortal Kombat to Monster Hunter. I might even say that I stuck by EA throughout the Battlefront II fiasco and told everyone that they were simply trying to run a business… but alas, none of these are remotely close to the truth.

I like video games as much as the next person, but do they dominate my entire waking life? Do I have dreams of Master Chief, Link, Pac-Man, or Lara Croft? Definitely not (okay, maybe Lara Croft is true). But the point is that whilst video games have been important throughout my life, my interest has admittedly not always been a raging fire at all times, as there have certainly been years where that flame was extinguished.

So, let's take a look back into the past and glimpse some central dates in the gaming lifeline of a 31-year-old.

Although my memory is slightly hazy, I'm sure my first gaming experience must have been in 1992. This is because we moved house, and when meeting the next-door neighbors I saw that one of the older kids had a gaming device he called the 64. And no, not that 64 from Nintendo (which will come into play later in the timeline), but the Commodore 64. This machine is a bit laughable by today's standards, but at the time, I was mesmerized. I honestly can't remember what those games were, but all I remember was the catchy 8-bit music, flashy, colorful graphics and the outlandish artwork on the boxes.

One year later, I was visiting a school friend's house and, by and large, not thinking too heavily about video games (basketball and Teenage Mutant Ninja Turtles were very big instead). But when he showed me the shiny, ultra-cool looking Nintendo Entertainment System, I was practically running full-sprint toward it in order to see what this magical box could do. We fought in Battletoads, wandered about in The Legend of Zelda, and perhaps most importantly, I got the chance to control my heroes (at the time) in Leonardo, Donatello, Michelangelo, and Raphael. However, this was of course my first introduction to Mario. I thought he was cool (anyone who can shoot fireballs generally is) and Super Mario Bros. was awesome, but did I think he would go on to become a worldwide phenomenon and star in a terrible movie only a few months later? I did not.

This was the year that things definitely got real. For Christmas, my brother and I were given our very own Super Nintendo Entertainment System. My respect for video games was taken to a whole other level, thanks by and large to three very special games. The titles were Mario Kart, NBA Jam, and Donkey Kong Country. These were the benchmark that all other games had to reach. I could spend literally hours on these games until my parents either forcibly dragged me away from the controller or I fell asleep with the sounds of Yoshi's go-kart revving in the background. The fact that Nintendo has reissued the SNES makes the proclamation that this console still has a place in this generation of gamers.

So, many years went by and of course, many hours of Mario Kart, NBA Jam, and all the Donkey Kong sequels. But I knew there was something big on the horizon. We had all heard the rumors of a new console, more powerful and faster than anything we'd experienced before, and that was the Nintendo 64. At this point in time, I was reading any scrap of news I could muster, with every report only talking about one game: GoldenEye. This was the game I'll remember more than any, if only for the obscene amount of hours spent either playing the campaign or battling my buddies in multiplayer. Both Zelda games were solid, Perfect Dark was a classic, and Mario Kart 64 was just as fun as the SNES version. I was never as happy as when playing this breathtaking console.

Although it was a painful goodbye of sorts, I was ready to move on from Nintendo and on to something a bit more, shall we say, adult. I chose the Microsoft Xbox over the PlayStation 2, primarily for one game I had heard only great things about, and that was Halo. If not for Halo, then I may well have gone down the Sony route, purely because that was what everyone else was doing, but I just had a feeling Halo was going to be huge (turns out I was right). Colin McRae Rally 2005 was perhaps the second-most played game, and, dare I say it, a more fun racing game than Mario Kart for me.

By 2007, I was finding that I played games considerably less and less. This was likely due to growing up in the big, wide world, but also because the games themselves were simply not grabbing me like before. Whether this was down to me, or the developers' fault, I'll never know, but although I still enjoyed games, I just wasn't captivated anymore. Nevertheless, I bought the Xbox 360 a few years after its release, mainly for the one franchise I loved (and always will), Halo. Luckily, Fable II was a breath of fresh air, and there were other classics like GTA V, Red Dead Redemption, Portal 2, and 50 Call of Duty games.

Several years had gone by and I hadn't even touched or even thought about video games. I was traveling a lot, working long hours, and experiencing life, albeit not in pixelated form. However, the point arrived where I found stability, and whilst sitting at home one Saturday morning, I glanced over to my TV and looked next to it: a blank space; nothing; a place where a console had been for many years. I felt I was ready again. Spontaneously, I jumped up, visited my local shopping mall and bought the Xbox One for, you guessed it: Halo 5. I rekindled my love of basketball games too, as I'd discovered that graphics had changed considerably since NBA Jam, when I played NBA 2K16. In short, I was back into video games.

Now that it's a new era for video games, I can honestly say that I feel the joy I once felt when I first played the SNES. The games have that boundless joy that I associate them with, and the graphics are just a marvel to behold. I'm even getting more into PC gaming, as Minecraft and Ark have a fantastic sense of freedom and creativity that I've not really seen before. I've also looked into the idea of hosting my own game server – which I've seen on 1&1 – with the intent of having a gaming night whereby friends around the world can play together. These are things I could simply never do when I was young, but now that I had that large break from gaming, I feel rejuvenated and excited to be a gamer once again.