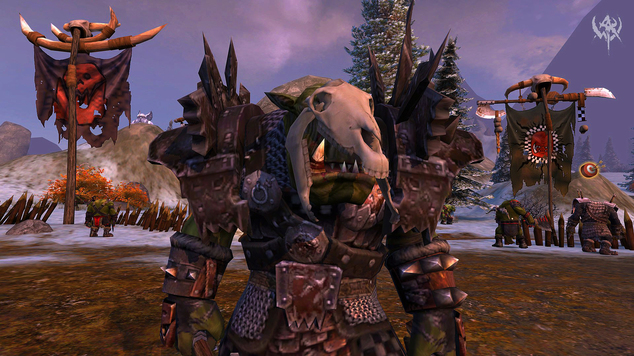 Warhammer Online was released too soon. While that’s not entirely surprising considering it was EA at the helm (we all know how their publishing arm loves to things up for developers), the game was still solid when it launched. Sure there were bugs, combat a bit janky, balance skeewiff, and the Z axis the stuff of nightmares, but it was good. In fact, it was chuffing fantastic.

Having launched in September 2008 to much fanfare, the game eventually settled on around 300,000 active subscribers, before being sunset by EA in 2013, much to the dismay of its community. Despite the closure, Warhammer Online undoubtedly innovated to such a degree that most modern MMO’s utilised its blueprint and design decisions. The Tome of Knowledge was incredible, and copied almost immediately by Blizzard, Public Quests were snapped up by ArenaNet in Guild Wars 2, and quest markers - showing you a rough location of where your objective is - adopted by almost every MMO. 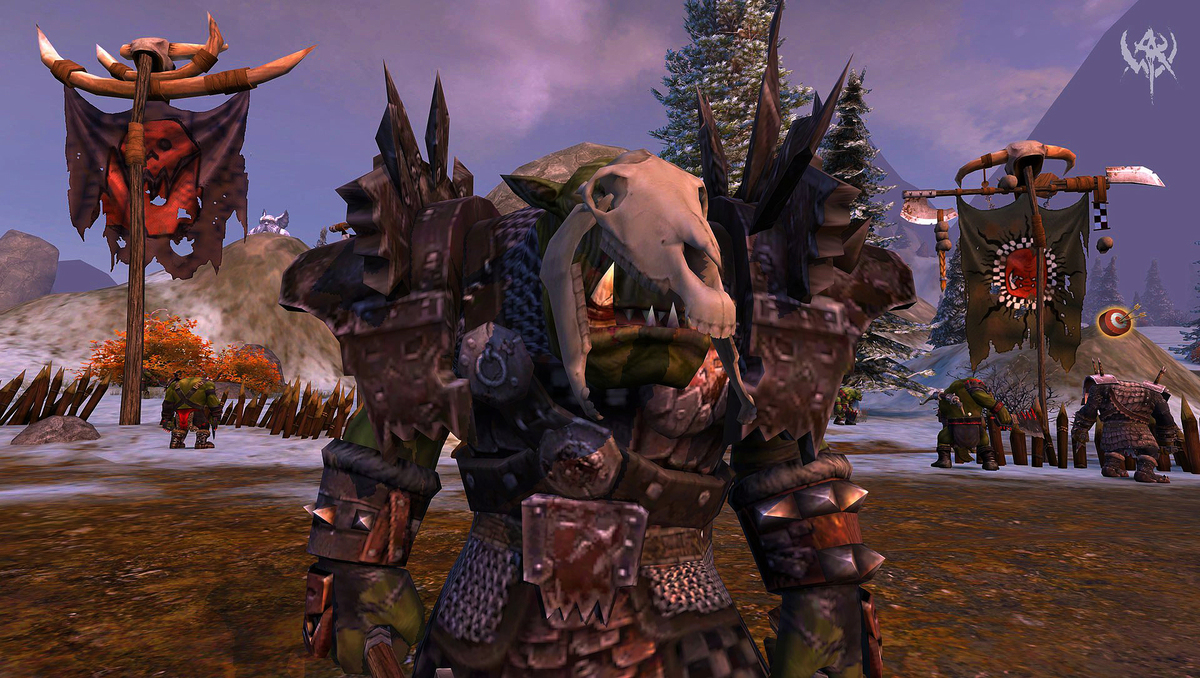 There were so many innovations in Warhammer Online, that it always baffled my mind that the game never quite reached the dizzying heights of its peers. Even if its subscriber numbers dipped to less than 50,000, by modern standards that’s still plenty enough revenue to keep an MMO going. Needless to say EA pulled the plug anyway (they’re like that), and thousands were left without a large-scale PvP focused MMO.

This is where Return of Reckoning comes in. As a fan-run, private server, it’s the go-to experience for Warhammer Online. Developed by a dedicated group of clever bods, not only have they got an amazing patcher, but the game is near indistinguishable from launch. I’m not suggesting RoR is a vanilla experience, as the developers do have free reign over balance changes, but it’s downright impressive. At times I’ve been amazed at how well the game looks and runs.

Warhammer Online dripped in atmosphere, and had an array of classes that even to this day, are not only original, but incredibly enjoyable to play. Whether it’s the Goblin Shaman needing to balance offensive, and defensive spells, or the White Lion who’s much more than just a pet class. Even the Marauder, what would have been a typical melee archetype, remains exciting because of its arm mutations and the variety of effects they bring to the table. While most classes were mirrored, each had unique kits or flavor to ensure only a smattering of overlap between Destruction and Order. 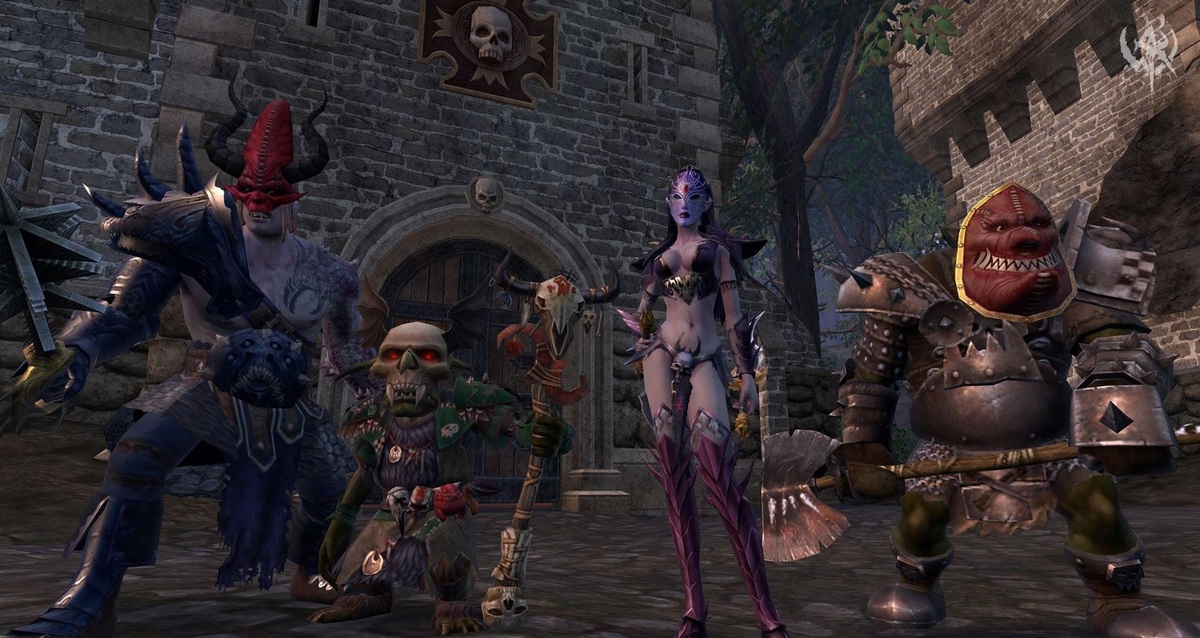 I’m pleased to say that in Return of Reckoning, all classes are present and correct, and feel as good as they did then. Having always wanted to play a Marauder, (I was Order at launch) it’s incredibly enjoyable. Mutations still look great, combat has a good thump and perhaps this is personal preference, but a more enjoyable, slower pace than the likes of Guild Wars 2. I’m not suggesting combat is comparable to it (honestly, it lacks the polish and mobility), but it’s measured and still very fun.

What has surprised me the most about the game, and Warhammer Online, is just how well everything plays, despite its age, and it not being officially supported. The foundations of the game were obviously such, that it’s of a quality which still surpasses much of the free-to-play competition. The HUD still looks and feels great, questing is actually fun (and arguably much more engaging than Elder Scrolls Online) while Public Quests still serve to breakup play. For me, though, it’s the little things in Warhammer Online that are brilliant. Whether it’s finding titles through exploration, your influence in a specific region, reading all the lore in your Tome of Knowledge, or just the fact maps are so well designed. It boggles my mind to think the game isn’t still alive and kicking in an official capacity. 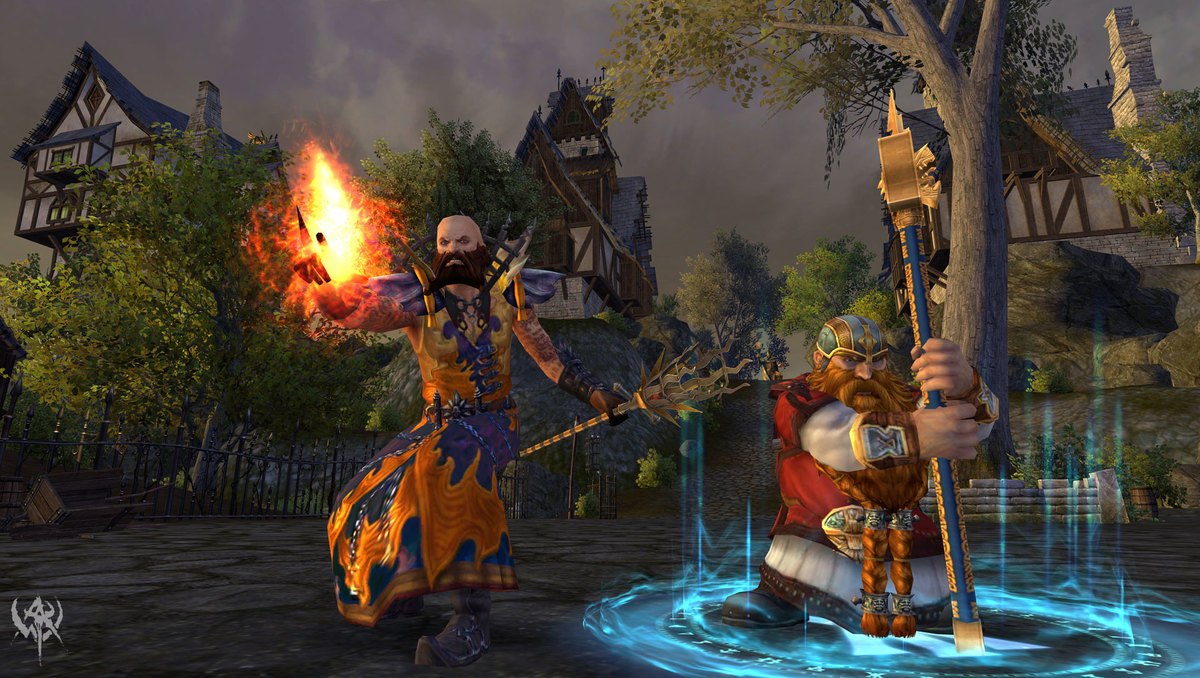 If you’re bored of the MMO you’re currently playing, looking for something “old-school”, with a close-knit community, Return of Reckoning will undoubtedly be up your street. With only 1400 players at peak time to cap the server, there’s a real sense of knowing your enemy and gaining a reputation. I haven’t encountered anything like that in an MMO since Neocron, and it’s something I’ve sorely missed.

Although it’s too early for me to comment on how balanced Return of Reckoning is, or how well the developers are handling its end-game, I haven’t - as of yet - got any complaints. Although I’m too low level to dive into the hardcore RvR, the scenarios I’ve played have already been moreish, and having watched my guild romp through warzones, it has me excited to take part.

Return of Reckoning is available as a free-to-play title, and can be downloaded here! Go support something awesome.