Developer Interview with Revival's Adam Maxwell - Part 3
In this final part of Alex's interview with Adam, the questions dive deeper into what makes this world tick and
Editorial
Revival 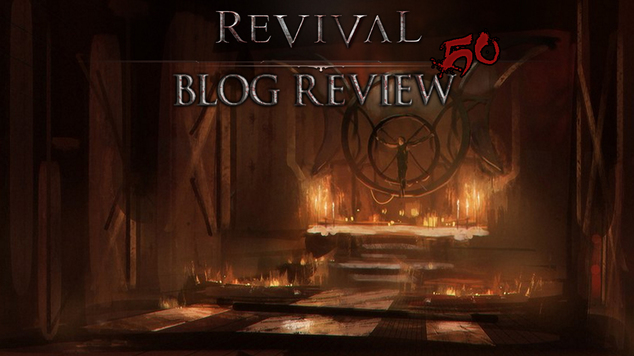 Revival Blog Review #50
Alex breaks down the weekly blog from Illfonic's Revival, this week examining the implications of how systems r

[Special shoutout to concept artist Jordan Grimmer for the cover artwork of this article that was just to fitting not to share. Check out other work from him on his personal website and follow him on twitter @jordan_grimmer! ]

In a larger editorial I wrote earlier this week, I touched on the fact that Illfonic has been openly developing Revival for nearly a full year now - with last Friday marking their 50th straight week of a developer blogs to mark their progress. The pace has been refreshing, and even with 49 blogs behind us, each new blog still feels like it has so much to share.

In my last blog review, we dove into the concept of "Difficulty Scaling" and how the developers at Revival plan to utilize it not only for ensuring players always have a challenging obstacle to overcome, but also to paint the world in a context that makes sense. I mentioned in last week's installment that different areas of Revival's world won't have their content scaled for "gamey", arbitrary reasons.

The world will auto-adjust itself with smart scaling to ensure that areas are populated with challenges that reflect the local population (NPC and player alike) - with some small amount of variation to keep things interesting. Additionally, remote areas will also be set to provide a true sense of danger for zealous adventurers caught far from their precious city and highway lifelines.

The world is no longer being built as an amusement park path that can be followed from one ride to another, but rather as an evolving sandbox where the world makes sense and adjusts to what the players inside it are doing.

Now For This Week's Rundown

After briefly addressing the latest milestones and updating prospective players on the current status of the game-client, Snipehunter dove readily into an exciting development topic that was less about revealing a new feature - and more about showing how different systems would interact.

Many of the thoughts I had about this blog, and also the discussions from this week's Revivalcast (a livestream I host with a few friends from TheoryForge TV) were poured into the systems breakdown I wrote just a couple of days ago while dissecting the term "Next Gen" as it applies to MMORPGs. Believe it or not, I still have a lot more to say about this blog. The implications of these kinds of system interactions are the kinds of things you just don't see in MMORPGs today - and I'll explain how Revival is able to allow them while other MMORPG shouldn't dare try.

Their Words, Not Mine

"Revival is a world where players and NPCs alike contribute to an ever-evolving world, where you tell the story of the world through your actions and their repercussions; but it’s also a game of trade and economics. Are those two concepts exclusive of each other? Do you have to be a sword wielding hero in order to be a part of Theleston’s legend, or can a merchant and a craftsperson play just as important and impactful a role?

For us, Theleston isn’t truly a world until the answer to that last question is a yes. If there is no possibility for an Edison, a Tesla or a Jobs to rise out of the world’s population... then haven’t we let you down? In an MMO, how does one facilitate that experience? How can we, as developers, create something that anyone can do yet still make it in such a way that the entire process can become a unique superpower of a single character?"

It's quite a challenging question, and although I've cut off the excerpt here, Snipe and the developers at Illfonic working on Revival believe they might have an answer. The rest of the blog goes into detail on some of the variables in that complex equation (which you should definitely go read when you're done here), but I'm going to dive more into the implications of applying the system that's being described. 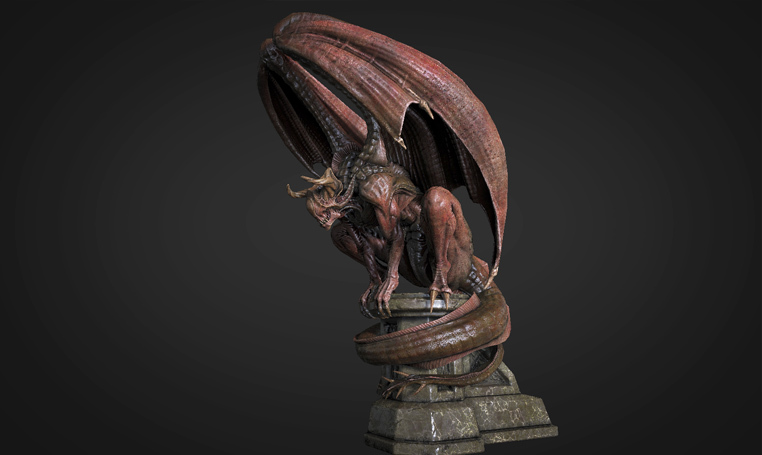 While branding and marketing your wares as a crafter (or blacksmith, or cook, or what-have-you) is a really cool topic to talk about - I'm just not all that into it, personally.

I know several close friends that absolutely adore the possibilities that emerged with this blog when it comes to crafting. For me though, I'd rather focus on the systems interaction that Snipehunter alluded to while discussing how branding relates to the wider game.

The most intriguing aspect of Revival will forever be how the systems of it interact - hands down. So when Snipehunter started talking about how market competition comes into play and then elaborated on sabotage and underhanded sales tactics - I was all-ears.

Sabotage is a glorious thing, or inglorious, depending on what your character's moral stance is on the matter. Either way, the fact that competing crafters will have the ability to undermine one another's product in various ways - even to the point of directly sabotaging each other's work - totally changes the game. Now before you flip the table and scream "That's it, I'm out!", let me elaborate...

Revival is being built with several systems that create tension, intrigue, and even conflict between not just players and NPCs... but also between players themselves. These are important systems, because truly dynamic gameplay and a realistically evolving world require large amounts of human influence to make sure things stay fun and interesting.

I know what some of you are thinking: "People destroying my hard work or pillaging my caravans en-route to a sale is neither fun, nor interesting!"

Fortunately for you all, that's not the whole story.

Because Revival is being redesigned from the ground up (and not built on traditional MMORPG system models), the developers have thought long and hard about how to institute checks and balances that make players carefully consider their actions - particularly ones that might negatively affect other players. (And that all goes without even mentioning the "Blessings and Protections" system that will make its way into the game's F2P monetization model.)

Negative karma and the changing perceptions of NPC entities within the game world is all made possible via the game's unique underlying "Tagging" system - which essentially puts tabs and markers on your player that can trigger NPC interactions (or affect their ending outcome). That means players engaging in nefarious activities are building up a whole lot of NPC (and potentially anti-PK) hate. All of which are only going to make the game increasingly more difficult and challenging for them, compared to players that are actively cooperating with one another and the local NPC populations on friendly terms.

But it doesn't stop there.

City government structures, and the way that even lowly guards can change the way they handle and interact with you (like maybe a stricter search the next time you're smuggling illegal items into a city's walls after reports have flitted around that you were recently communing with enemies of the state), can leave a massive impact on an individual's gameplay experience. And these negative consequences will continue piling up.

Also keep in mind that all of this is taking place within the context of the game's lore, setting, and larger evolving story. So players won't be contending with arbitrary penalties that they can simply just keep ignoring or "waiting out". They have to deal with real consequences for their actions, and that makes things more interesting for everyone.

While I'm on the topic, I should also mention here that for subscription-based Gold servers which will emply an active 24/7 Live Storytelling team, we're only scratching the surface. All of this "tagging" I've been talking about is also being tracked by the live GMs, who will start using this data to push the game forward with unique events and circumstances. These Storytelling GMs will be able to key in on infamous (or do-gooding, truly famous) player characters and use them as catalysts for the larger ongoing plot... and in doing so... also aim to root-out toxic play by bringing serious consequences down on problematic players.

And that goes whether you're up to no good or you're on the other side of the coin abusing the systems on your good, self-righteous horse.

For the reasons described above (and many more I haven't yet dug so deeply into), Revival is carefully considering it's choices and doing everything in the developer's power to ensure that the game remains fun, fair, and fitting to the theme of the lore and story. Which, hey, that's what a good role-playing game is really all about. Right?

To find out more about these systems, be sure to read the entire blog on Revival's official website, go check out my other Revival content here on TenTonHammer, or watch Episode 30 of Revivalcast from TheoryForge TV that I've conveniently left below.

Be warned though; I can't be held accountable for what unfathomable beasts of wonder that spawn in your immagination.

We are talking about Lovecraftian fantasy-horror here, after all!