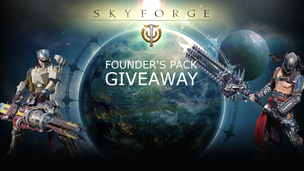 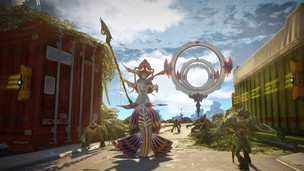 Skyforge Hands-On Preview
On the eve of a major Closed Beta event for Skyforge, we had the opportunity to spend some quality time with th
Preview
Skyforge 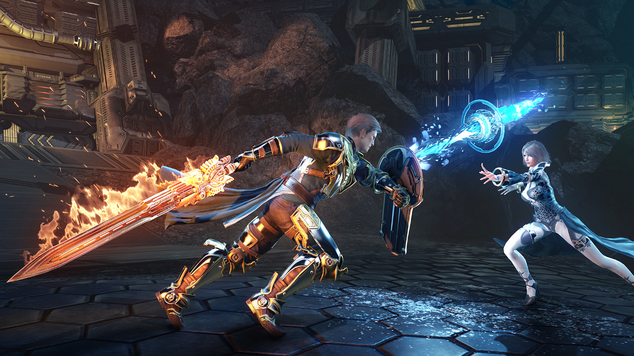 Being a major fan of PvP systems in MMOs, I’ve been eager to learn more about how it will factor into Skyforge. From all we know about the game so far, it’s shaping up to be one of the titles at the very top of our list of most anticipated MMOs, but how will PvP factor into that mix?

The folks from Obsidian Entertainment and Allods team are offering up some answers to that question this week on the official Skyforge website. We also had the opportunity to sit in on an interesting roundtable discussion with Obsidian Development Director, Eric DeMilt to learn more details about their approach to adding a meaningful but fair PvP system.

Right off the top, I got the sense that Eric understands what makes competitive gamers tick on a deeper level. While newer titles might have a certain degree of influence on how PvP will play out in Skyforge, Eric made numerous references to a somewhat bygone era of classic online multiplayer games such as Quake. 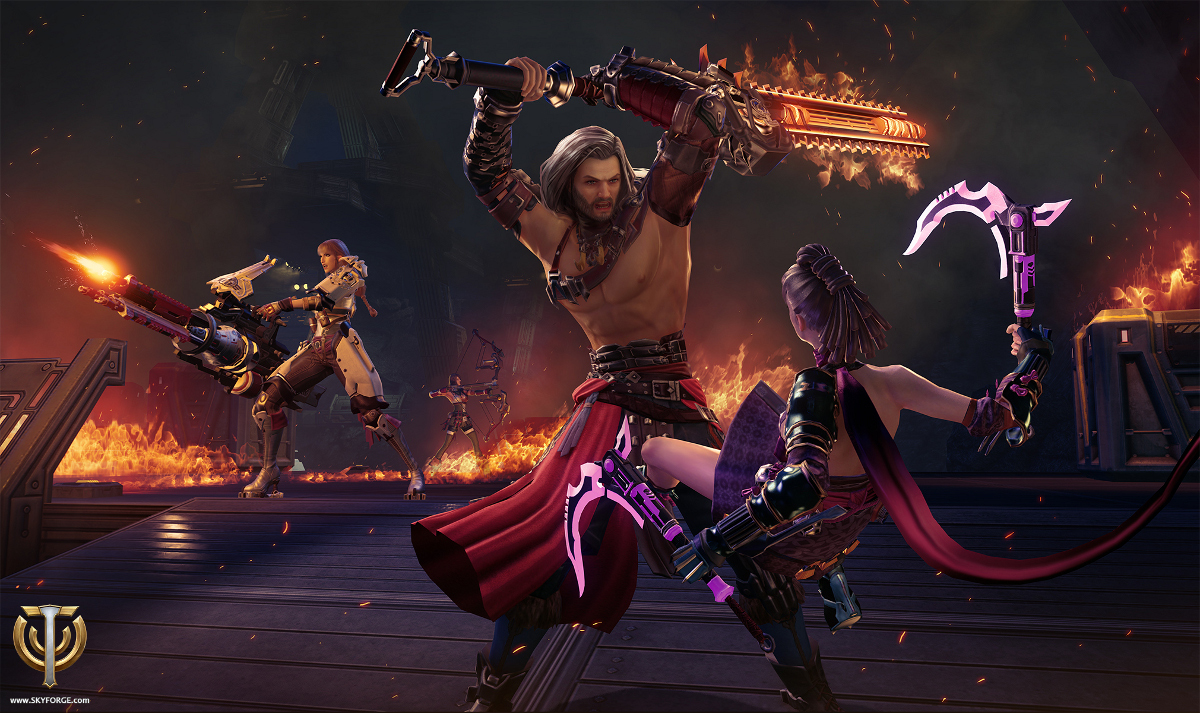 As a major fan of even playing fields for competitive play, my interest was definitely piqued. If you’re familiar with how the god form system in Skyforge works, it essentially adds an interesting new layer of choice to the mix that in some ways isn’t necessarily present in other MMO PvP systems. Perhaps the closest thing in recent years would be some of the more powerful elite skills in Guild Wars 2, or on a much smaller scale, the liberal use of ultimates in the MOBA genre.

Throughout the roundtable, Eric made sure to mention that the traditional notion of levels in MMOs has been dropped in Skyforge in favor of the Prestige system. You’ll essentially earn Prestige for successfully completing various types of content in the game, and then use it to unlock things like new skills for your character. You can almost think about it like the classic Alternate Advancement system from EverQuest, minus the associated level grind before you can begin really digging into the deeper layers of the AA system.

What that means in terms of Skyforge PvP is that players can – should they choose to do so – advance or refine their character wholly through PvP gameplay modes. Given that this is commonly a major request from competitive communities, this was certainly welcome news. 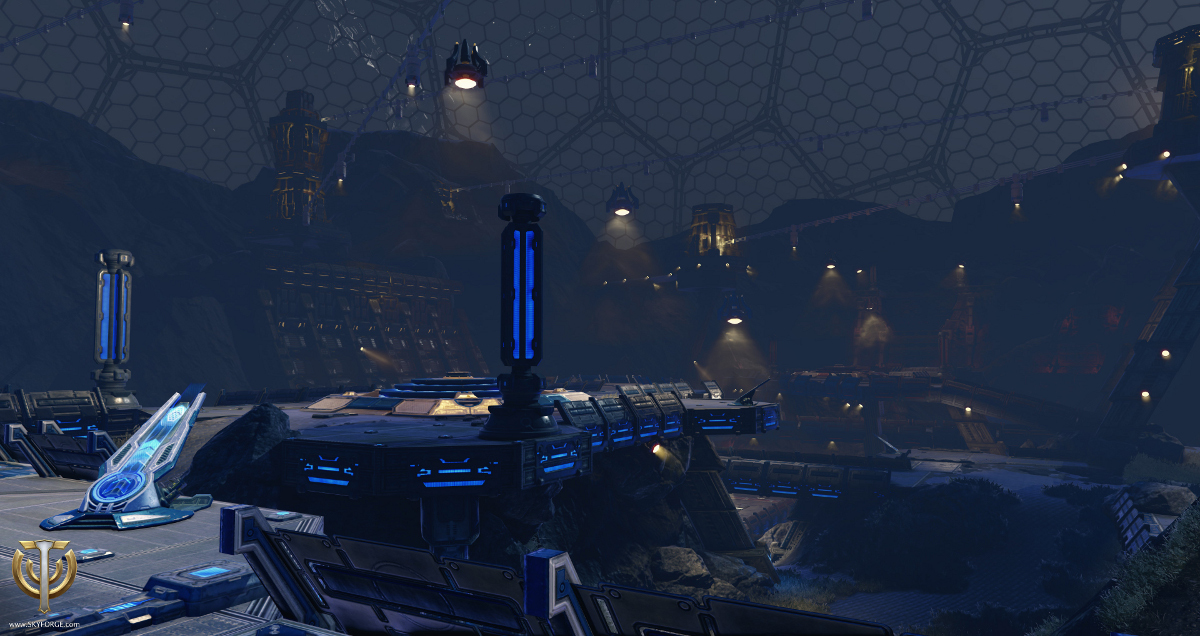 Another way that Prestige factors into PvP is that it will be used to unlock additional game modes over time. To start off with, all players will have access to the free-for-all arena immediately upon completion of the tutorial. This first map is the Lugran Research Base which is an open FFA mode for 6 players. Over time, additional maps and game modes will be unlocked including:

Having always been a big fan of CTF maps, I was glad to learn that this will be among the mix of available options in Skyforge. Likewise, it seems that Obsidian and Allods team have learned that options can be a good thing, unlike the single game mode approach found in games like GW2.

Speaking of GW2, Eric did actually mention the franchise when attempting to describe how PvP in Skyforge will play out. As Eric described it, PvP will be somewhere between the WildStar disco with the floor lighting up all over the place, and Guild Wars. All told, things will probably play a bit more like WildStar, however, given the very flashy and active combat system used in Skyforge. 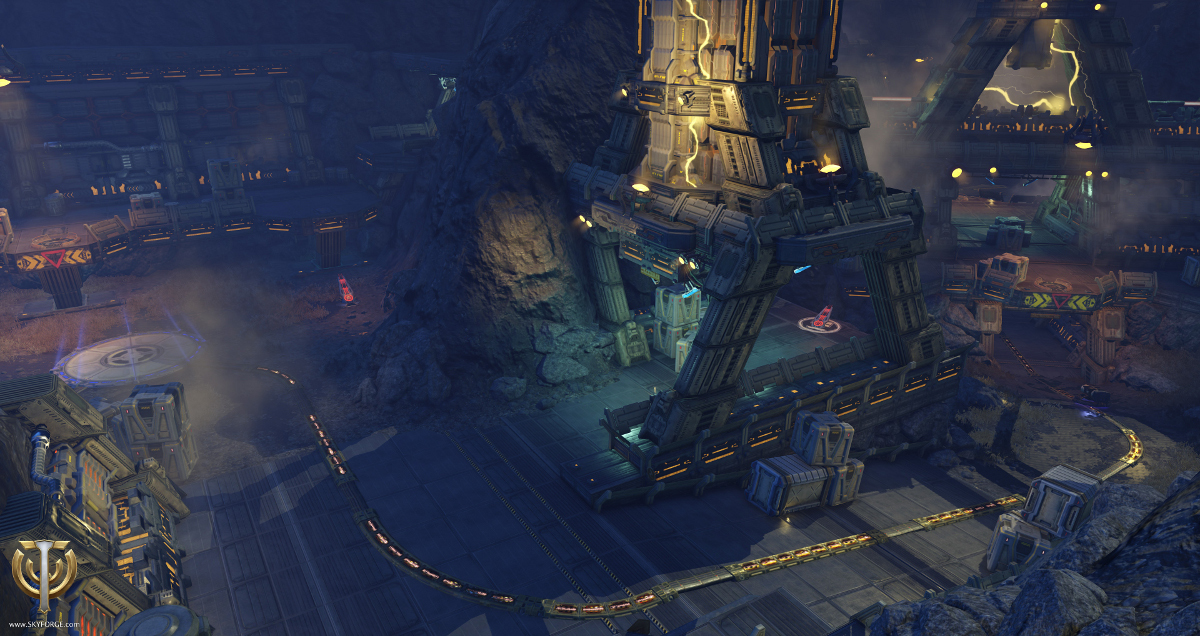 Another thing worth noting about PvP in Skyforge is that players will have access to some pretty sweet gear via PvP. This naturally lead me to ask Eric how this might factor into game balance, as I’ve seen far too many times how the PvP gear treadmill will ultimately help insure the most active players are always at the top of the curve thanks to an inherent “haves versus have-nots” situation gear can invoke.

The answer in Skyforge is that matchmaking will factor in multiple things to help insure more even matches. For example, Players with a higher Prestige rating will be placed in matches together, as will those who choose to climb the competitive ladder system. So players just starting out in Skyforge PvP shouldn’t worry about being overwhelmed by more veteran or hardcore player who can one-shot them simply due to a gear or power disparity. 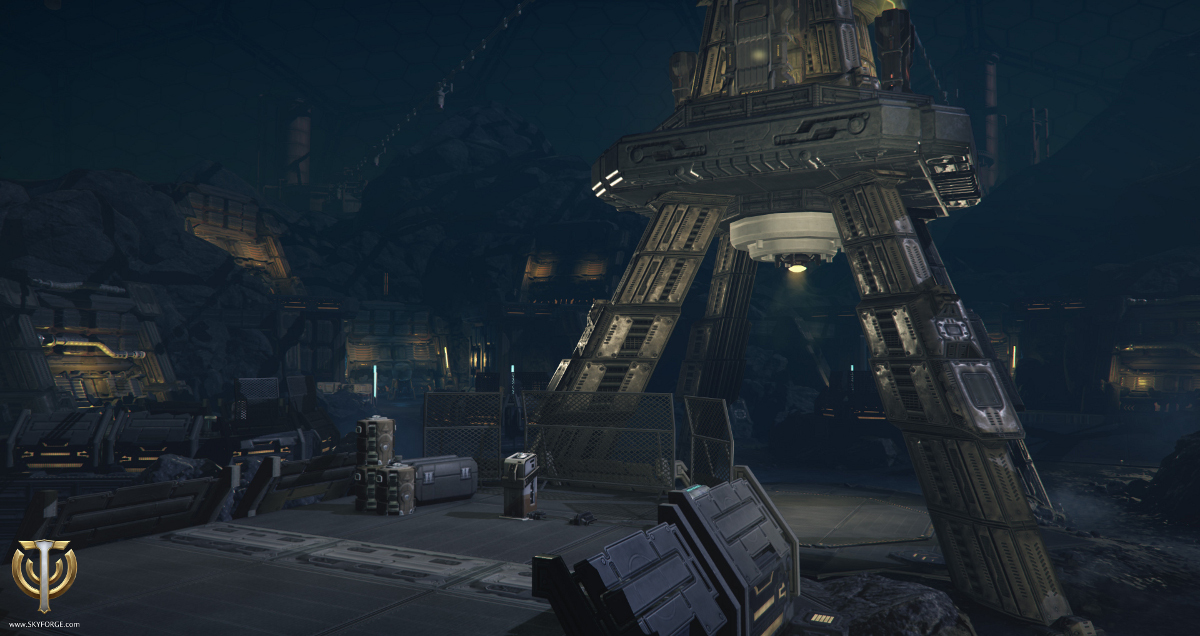 The goal seems to be to keep the playing field as even as possible; a notion that I’m fully in support of. The game is also being designed from the ground up to factor in PvP as an optional gameplay activity, so this also carries over into things like available skills. Given the freedom of choice present in the Skyforge class system, it sets the stage for players to really begin working out interesting character or team builds rather than the typical “mages cast fireballs, warriors hit you in the face with swords” scenario. So the system should support that integral combination of player skill and meaningful choice being the dominant factors into high level play.

All told, it sounds like Obsidian and Allods team are heading in the right direction for PvP in Skyforge. To learn more details on how the system works and the currently known maps and match types, be sure to visit the official Skyforge website!

Skyforge Hands-On Preview
On the eve of a major Closed Beta event for Skyforge, we had the opportunity to spend some quality time with th