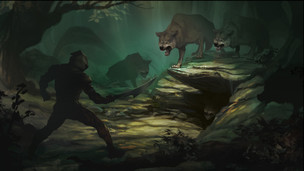 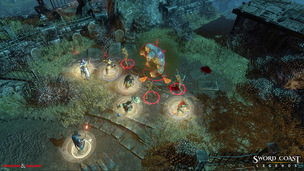 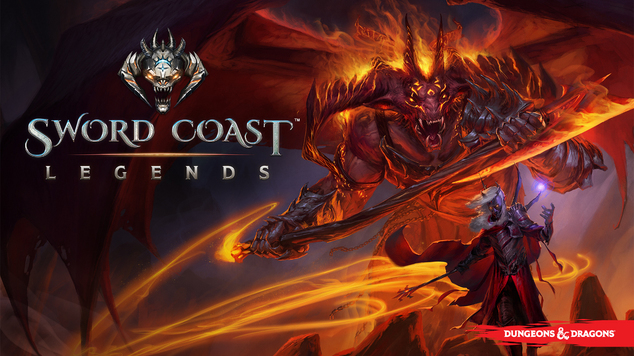 Heading into E3 2015, there were a number of titles that we were eager to spend some quality time with, including the upcoming Dungeons & Dragons RPG, Sword Coast Legends. For fans of classic D&D titles like Baldur’s Gate or the original Neverwinter Nights, Sword Coast Legends will be right up your virtual alley.

Due out on September 8, 2015 for PC with console versions slated to follow later in the year, Sword Coast Legends will be breaking some new ground with the inclusion of real-time dungeon master tools. What that means is that you will not only be able to craft unique content for your friends to enjoy, but can actively DM the experience while it is being played.

For our E3 demo session, we were able to see how this system works by first watching a custom dungeon being built, followed by our party attempting to navigate its many traps and combat scenarios. Since we had the benefit of watching our DM piece together the dungeon, place traps and objects, and populate it with members of a spider-worshiping cultists, you would assume that successful completion would largely hinge on our collective recall abilities.

Once we got started, however, you could immediately see the DM taking an active role to keep us on our toes, and increase the difficulty level to keep things interesting. While the DM does assume a largely invisible presence, a small wisp floating across the screen would indicate their current position so that our party would at least have some idea of their current whereabouts.

As the conditions of our environment would change in real time, we were given on-screen alerts depending on our proximity to what the DM was adding or altering at the time. In one case we were disarming a handful of traps before proceeding to the next chamber, when we were notified that “A table magically appears before you”.

While a table being placed was hardly a major alteration to the scenario, it did help illustrate that the DM will be able to make even very obvious changes in real time, such as objects magically appearing out of thin air. 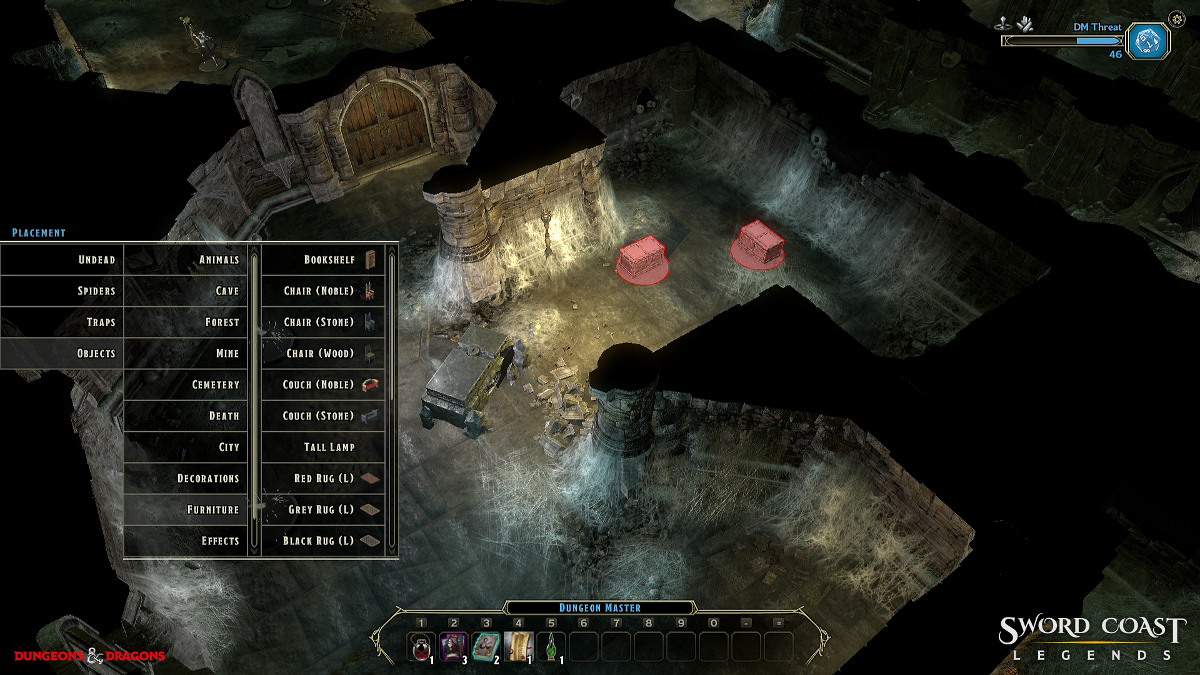 In terms of combat, there were a few stock characters set up for use, and I naturally jumped onto the necromancer. Activating abilities was fairly straightforward, and in most cases boiled down to selecting the ability, followed by my intended target. Since some of my skills could produce a fair amount of AoE damage, I did discover very quickly that a combination of positioning and awareness of my fellow party members was critical.

Friendly fire is indeed present in Sword Coast Legends which I consider to be an excellent design choice for the game. This extended to my own character, as witnessed when I nearly melted my own face off by getting too close to my target before casting one of my AoE skills. Likewise, I had to be careful of the positioning of my party members lest I melt their faces as well. Mind you, party members will suffer reduced damage from friendly fire, but it was still something you had to be very aware of during some of the more complex encounters the DM had placed and manipulated as we progressed. 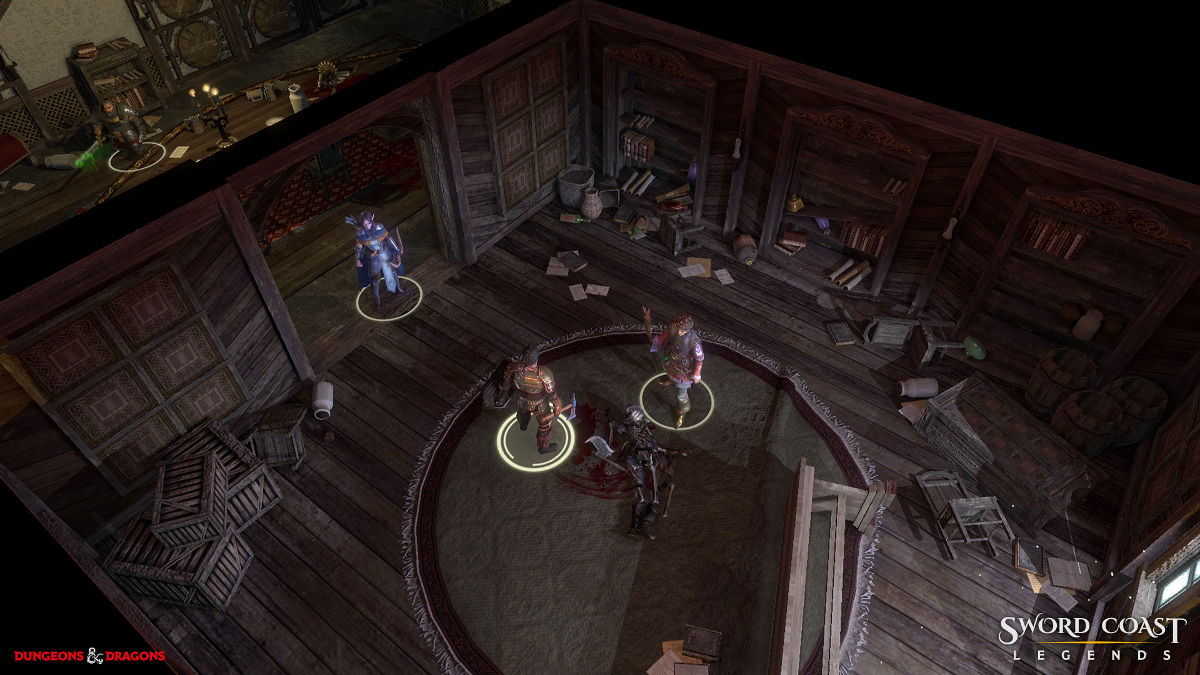 Given that I was playing a necromancer, I did attempt to make liberal use of my Raise Dead ability to mixed results. All told I was only able to raise a single minion throughout our adventure, though I tried on the corpses of numerous enemies. Chances are there were simply some other conditional factors preventing me from being able to properly raise minions, but it did strike me as odd that one of my signature abilities had such an obvious tendencies to misfire.

Before wrapping things up, I also wanted to touch on some of the other capabilities of the DM tools. To kick off quests for players to embark on, you’ll be able to designate specific NPCs or objects to for them to interact with. For example, a note could be placed on a table in a local tavern that leads players to seek out a specific NPC, or even the other way around if you so choose.

You will also have the ability to place vendors which is a nice touch, and will help insure that party members can be fully prepared before embarking on any of the more lengthy stretches of content you have in mind. 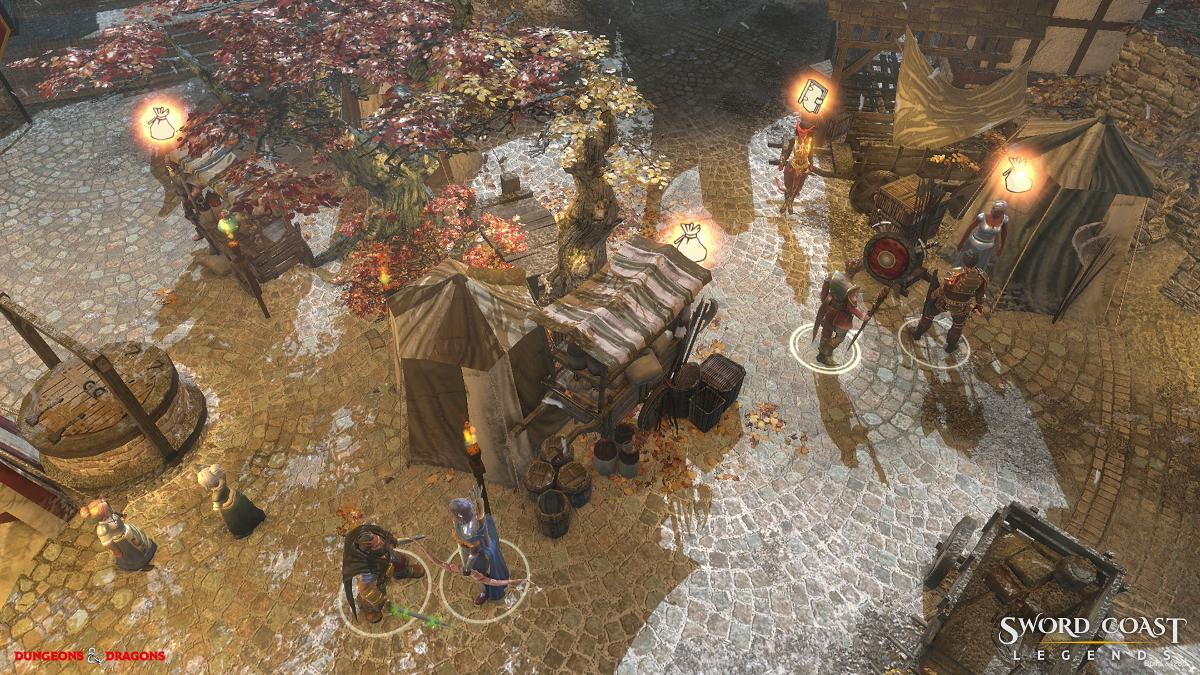 For environments, you’ll have access to a number of tilesets and props which can be easily selected by navigating through some simple dropdown menus. From what we were shown, this aspect of the game looks to be a slightly simplified version of the Foundry tools found in Cryptic Studios’ Neverwinter.

The trick with Neverwinter is to craft a complete experience (or modular chunks of one) before unleashing it on the masses to consume. In contrast, Sword Coast Legends allows you to actively participate in the experience as the DM, pushing much closer towards properly replicating the true spirit of the original tabletop D&D experience.

All told we were only given a fleeting glimpse of what Sword Coast Legends has to offer during our E3 demo, but it did afford me the opportunity to discover enough about the game to reel me in and leave me quite eager to get my hands on the full release on September 8th.