Gods & Heroes - Exclusive Interview With Stieg Hedlund
Last year Ten Ton Hammer had the chance to visit the Gods & Heroes booth at E3 and since then, we've been on th
Feature
Gods & Heroes: Rome Rising 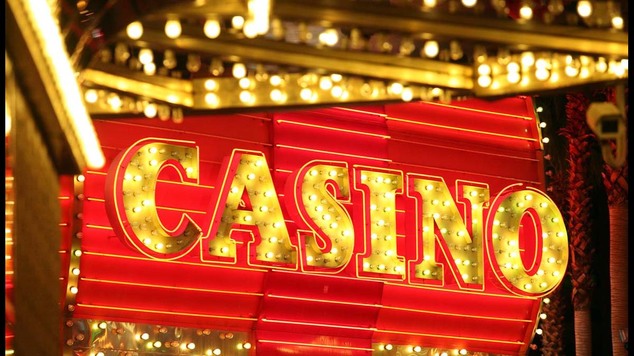 The Most Popular Online Games in the UK
Ever wondered what games players from different countries play?

Ever wondered what games players from different countries play? You are in some luck. Online games' popularity differs from one country to the other. Australians love Pokies, with 80% of the nation playing. US players love Call of Duty while European nations overwhelmingly play FIFA.

UK gamers have as many tastes as anywhere else but there are certain games they love you won’t find anywhere else. When it comes to online gaming, here is what Brits love to play.

You don’t need to be British to know the UK love football. Not American football, the European version that’s also the most popular sport in the world. England is home to the beautiful game, with some documents showing Brits have been playing the game since the 1100s.

In the modern era of online gaming, football is infused everywhere. With video games, FIFA 18 was the best-selling game in the UK last year. In the casino industry, UK casinos are full of football-themed slots. On play stores, British developers make all sorts of football apps available to local gamers.

Being home to the most successful football league in the world is one reason UK people love the beautiful game. The country's successes at the European level and at the world cup are other reasons. For young gamers, football is made available from a tender age. Players who choose to become gamers have all sorts of football to choose from.

Horse racing is as popular in the UK as it is in the US. More than 4 million UK fans follow and support horse racing events. The sport’s popularity also translates to the region’s love for horse racing related online games. In the world of gambling, Frankie Dettori’s Magic Seven slot game ranks amongst the most popular slots in the UK.

Contributing over €4 billion to the UK economy, it’s no surprise game developers target UK players with a wide variety of horse racing games. Online casino fans have numerous slots inspired by horse racing to choose from. Video gamers have an equally wide variety. Additionally, most of the games support multiplayer tournaments for more interactive gameplay.

Sports betting in the UK is a multi-billion industry worth $16.3 billion. The region is home to some of the world's biggest online casinos. More than 100,000 people are employed in the UK's top 150 online casinos.

As you would expect, football is the most gambled sports in the UK. In 2015, British punters contributed about $500 million in betting. Horse racing came in second with a revenue of $350 million. Tennis, dog racing and golf ranked third, fourth and fifth respectively.

Of course, the UK wouldn’t make much from betting if the people didn’t like it. British punters leave and breathe sports betting. Anything that can be wagered is available on online casinos. The only limitation they have to sports betting is their own imagination.

The UK’s sports betting sector is projected to continue growing in the coming years. With a new online casino sprouting almost every day, sports bettors will have a wider variety of online casinos. Most of the new gambling sites come with unique, bigger and more generous bonuses. They combine sports betting with casino games and have more wagers.

Slots are the most popular online games in the world. The UK is no exception, where every gambling website supports them. The games boast of diverse themes, different soundtracks, animations, pay lines, and special features.

The average UK online casino will have up to 50 slots. Each game is different from the other in some way. Long-term gamers with a soft spot for classics don’t have to learn how to play the modern games. Millennials thrilled by sophisticated games now have the chance to play for money on gambling sites.

As the most popular online game for the last few decades, slots have evolved. Pokies in Australia are themed around glittering lights, buzzing sounds and multiple pay lines. UK slots lean toward sports and pop culture themes. UK casinos are also aggressive with the marketing tactics, helping spread the slot sector around Britain.

The French Roulette is as popular in the UK as it is popular in most European casinos. The American version of the game is highly popular in North America but not so much anywhere else. Roulette is a simple game anyway. A wheel-like board contains 36 pockets each painted the numbers 0 to 36.

When you spin the wheel, a small ball rolls across the pockets and land on a particular number once the wheel stops. Players can bet different outcomes. Since the wheel is painted red and black, you can wager whether the ball lands on a black or red pocket. You can bet on which number the pocket lands or whether it lands to a number not greater than 19 (half-way the numbers) or above 19.

Blackjack is a popular card game played against an online dealer. You may play together with other fans but a dealer must be involved. The aim of the game is to beat the dealer by getting cards whose total number is as closely possible to 21. The numbers shouldn't exceed 21, otherwise, the players have to keep trying.

The exact rules of playing Blackjack 21 can vary depending on the casino or developers. There are about 15 popular variants of the blackjack game. But in all of them, the basic goal of beating the dealer remains. Blackjack 21 is popular among online casino gamers almost everywhere it’s supported. It’s one of the easiest games to play and promises great rewards to professional players.

While offline video games make up the biggest unit sales in the UK, the most popular online games come as a surprise to some gamers. The UK is a haven for online gambling, which is why casino games are highly popular in the region. The country's love for sports also has a great influence on gamers in the region, with football-related games leading in popularity.

To read the latest guides, news, and features you can visit our Gods & Heroes: Rome Rising Game Page.

Gods & Heroes - Exclusive Interview With Stieg Hedlund
Last year Ten Ton Hammer had the chance to visit the Gods & Heroes booth at E3 and since then, we've been on th
Feature
Gods & Heroes: Rome Rising