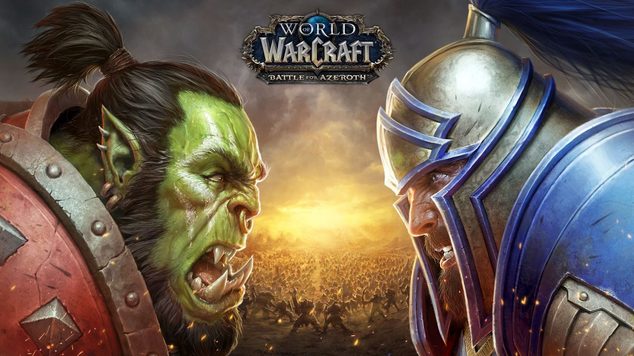 The Most Popular WoW Class (EU/US) Hunter Guide
It’s no surprise to learn the most popular WoW class in the EU and US is the hunter; the class is an overall to

It’s no surprise to learn the most popular WoW class in the EU and US is the hunter; the class is an overall top-tier, versatile, pure DPS class that can do its work in both ranged and melee combat with abilities that allow them to lay traps, execute flanking maneuvers, fire powerful ranged skills, and call animal companions.

The Hunter class has a plethora of unique game mechanics that make it highly enjoyable for players to invest their time in, for example, the class’ taming mechanic involves tracking, naming, and training animals found within the game. There are even a few highly rare Exotic Beasts that only Beast Mastery hunters can discover.

The Focus resource powers Hunter abilities, as well as their pets’ abilities. It is a slowly regenerating resource with a maximum value of 100 (120 for Beast Mastery hunters). Hunters can regain focus by using certain abilities.

Hunters are also able to take on Animal Aspects to utilize the special abilities they grant.

Depending on your race, you’ll start with either a gun, a bow, or a crossbow; most races start with bows, but Dwarves, Worgen, Goblins, and Tauren start with guns, and Draenei start with crossbows. You’ll only be able to use ranged weapons of your starting type initially, but later on, players can train to use other ranged weapons.

Crossbows have high damage but a slow fire rate, so are good for delivering burst damage, while guns are better at grinding down targets consistently over a longer time; bows are somewhere in between.

Supplementing their attacks, hunters make use of a variety of Stings and Shots.

Survival Hunters forgo ranged weapons, instead of focusing entirely on melee combat alongside their animal companions. By working together with their pets, hunters can execute flanking strikes to deal damage and disorient enemies.

While Survival hunters can’t use ranged weapons, they still have considerable utility from range thanks to their array of throwing attacks and their ability to throw traps from range.

Traps are a mechanic unique to hunters, and serve mainly to debilitate enemies.

Hunters can set the following traps:

Hunters start with a pet at level 1 and gain the ability Tame Beast at level 10. Pets can be controlled through various commands. Hunters can only have one pet active at a time, but can immediately access up to 4 additional pets using the Call Pet hunter ability. They can house a total of 20 pets.

Many beast-type mobs are tameable, and each offers a set of unique skills. Certain pets are better for DPS, and others for Tanking. In addition to regular animals, Taming Challenges present hunters with the opportunity to track and tame unique beasts, some of which are only accessible to hunters.

In case you need help with the game or don’t want to waste your  time on reaching the needed level, you can use WoW Boost and fully enjoy it.