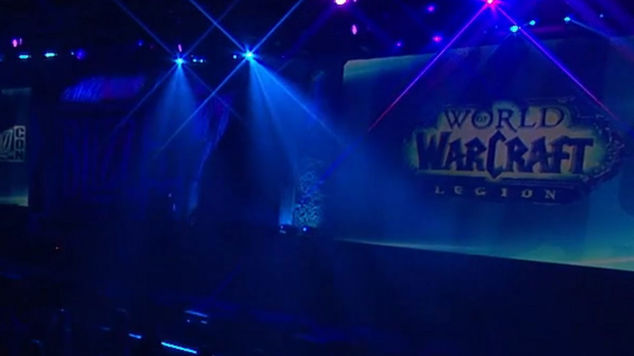 Tickets for BlizzCon 2013 are sold out.
Going on sale for the first time in April the tickets, as happened in
previous years, went to the eager purchasers with the fastest
fingers. Besides being an exciting event, BlizzCon 2013 is extra
special because this is the first BlizzCon that fans have had to wait
two years for. Always filled with announcements, previews, and other
goodies, this delay has left fans practically chomping at the bit to
find out exactly what this convention will hold.

While we can't say for sure what
goodies BlizzCon 2013 has in store for us, we can make some (hopeful)
guesses. Check them out below:

Would Blizzard really announce two
expansions at BlizzCon? My answer is absolutely. Patches for World
ofWarcraft: Mists of Pandaria are rolling out at a ferocious pace. With
each patch we see Garrosh's downfall coming closer and closer.WhileMists
of Pandaria has been an excellent expansion, anyone can see
that its days are growing short. It won't be long till raids are knocking
on his door for the final boss fight of the expansion. BlizzCon is the
perfect time to announce the next WoW expansion to give players something
to look forward to as Mists of Pandaria
reaches it's climatic end.

Hearthstone is the newest game
announced by Blizzard and one that has caused quite a buzz. A totally
online strategy card game, it has the potential to break into a
market that is fairly untapped. While the game has only just been
announced, we can surmise that there has likely been tons of work
already done on the game. With this in mind, we can reasonably guess that
Hearthstone will be available for players to demo at BlizzCon,
even if the game is still rather raw and uncut.

If you couldn't tell....I expect great
things out of BlizzCon 2013. It has been two years since BlizzCon was held
and I think that to make up for the missed time Blizzard will
likely make this convention something we all will remember. That iswhy I
believe that BlizzCon 2013 will be the perfect setting for the
unveiling of Project Titan, the super secret MMO project that Blizzard has
been working on for years. While it may seem like
excitement overload considering my other predictions, I really believe
that this BlizzCon will be extra special. Fans are hungry for
news and this will be the perfect punch of awesome to help round out the
convention.

Diablo is now almost a year old and
players are dying for an expansion pack to continue the story. Thus far
there has been little talk about an expansion, but we all know in
our hearts it is coming. BlizzCon 2013 is the perfect place to announce
this expansion, with as much to do about it as possible.
Assuming that the company has already been working on the expansion
without actually announcing it, we will also hopefully be provided
with some sneak peaks into what Blizzard has in store for the Diablo
universe. I know I am crossing my fingers.

By now we have all heard about the
World of Warcraft movie. First announced all the way back in 2006, it
seemed for awhile this project would likely be abandoned. However,
recently new life has been breathed into the film and it looks like
things are picking up again. While some might think it is a long
shot, I feel like there is a pretty good chance we may see a Warcraft
movie trailer at BlizzCon 2013. Now I am not talking a lengthy
trailer, not at all. It will likely be more along the lines of a 1
minute teaser trailer. However, it will just be enough to get
Warcraft fans chomping at the bit to see this project finally
completed. Popcorn anyone?

That concludes our predictions for
BlizzCon 2013. As you can see, we are expecting some pretty big
things from BlizzCon 2013 and even if none of the above predictions
come true, we likely won't be disappointed with what the convention
has in store for us. What exciting things do you think will happen at
this years convention? Share your thoughts with us in the comment
section below!