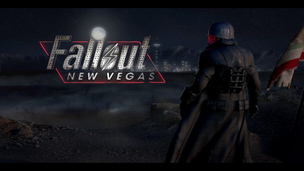 The Casinos of Fallout: New Vegas
Fallout is a game franchise that popularized post-apocalyptic games. It gave gamers a glimpse of how life would
Editorial
Fallout 4 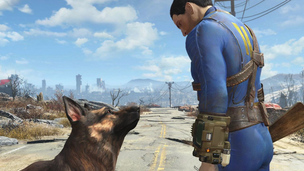 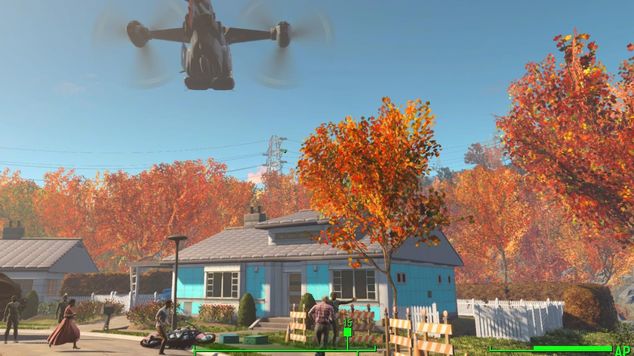 Top 5 Fallout 4 Mods You Can't Live Without for December
It's that merry time of the year where we look at what's the coolest Fallout 4 mods of the month.

Some interesting observartions about the Fallout 4 mod scene so far - most mods are aimed at enhancing settlements. Seriously! Lots and lots of settlement mods are out there, and rightfully so, it's one of the easiest targets for the mod community and one of the most satisfying elements to have extended. In this list for December, I'll be going over mods that you absolutely probably should install to make the game more fun, immersive, and fix some of the nagging things the community has going with the game.

I have a very strong motto that anything in a list should be something you can't easily find, but in this case, many of the mods listed are already rather popular in their own right, as they're very much desired. If you were to install all five of these mods, then you'd have a much more enhanced, visually stunning game without any of the combat or economy impacted, which I think is a requirement for top level baseline modding in Fallout 4.

All Fallout 4 mods include their own instructions for installing. Be sure to follow them closely and remember to keep them up to date.

I hate to use a mod that everyone else is going to recommend, but I have to, let's get it out of the way. Part of the charm in Fallout games is knowing what your character is going to say before you say it. This gives you the ability to figure out what your character would say if roleplaying or, if not, at least have an idea of what kind of response you're going to get. Fallout 4's dumbed down system has upset fans and this is a great solution. Not only that, but you can also change away from the console friendly clickers to a more bracket oriented approach with numbers, like previous versions.

This is an example of how iteration isn't specifically the best thing always and how many, including myself, enjoyed how it was done before - right or wrong.

If you want to design settlements and have access to many of the assets in the game that for some reason aren't included, then this is the mod for you. Say goodbye to having almost nothing to decorate with and hello to more options than you can shake a stick at. If you don't like cheating, don't worry, this mod puts values for everything you'd imagine. This is great if you're going to ever touch the settlement system as it allows you to have some variety and, the most important part of any builder, the ability to theme different settlements according to their location or your desires.

To continue to make your life better in-game, without touching the core experience too much, Armorsmith lets you equip glasses with hats, armor with bodysuits, and craft more clothing than before. You might get some bonus in having multiple pieces of armor on, but you won't have to be upset that you can't put on a suit and kneepads at the same time. This will let you do more with the armor system than you originally imagined you could and solve a lot of frustrating issues between having to equip a full body armor set or piece by piece to get the look you want for your character.

So we have your settlements, your clothes, and dialog optimized, but what about the game itself? The Fallout 4 Texture Optimization Project does one thing - drastically increases your frame rate without alterating the visual experience. This is literally the best of everything, because unless you have the beefiest system around, optimizing the game to run on a lower machine is going to mean better gameplay experience without a doubt.

One thing to note is that this mod is best tested moving around a bit and checking for stutter and lag. Games load textures into your memory and out of your memory as you move around and need them. Therefore, the biggest optimization this has is making it easier for the system to do that.

Finally, we enhance how the game looks. This basically adds in SweetFX/ReShade presets and gets that working with Fallout 4 with some presets. For those who don't know, those are popular graphic shader tweaks that get injected into the game. Often used a lot in popular AAA games like Grand Theft Auto, the presets and install instructions will get you up and running with a game that looks cleaner, crisper, and more vibrant. Lights will look better, textures will be easier to see, and more stuff along those lines. Anyway, it's a great mod to up your visuals in the game without much of a performance hit. With the textures optimized, this is going to mostly be a load on your graphic's card.

Well that's the top 5 mods you probably can't go without. Well, you could, but I think these serve as an excellent baseline for solving some of the games quirks, getting the performance fixed up, and better graphics. You can find additional Fallout 4 mods over at Nexus Mods.

The Casinos of Fallout: New Vegas
Fallout is a game franchise that popularized post-apocalyptic games. It gave gamers a glimpse of how life would
Editorial
Fallout 4