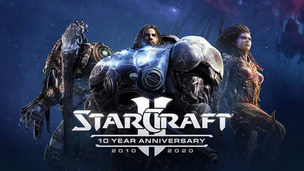 SC2's Continued Updates from BlizzCon 2015 - Mission Packs, Paid Content, etc.
We took the interesting bits from the StarCraft II panel at BlizzCon 2015 and provide you with a mini-roadmap o
Feature
StarCraft II: Heart of the Swarm 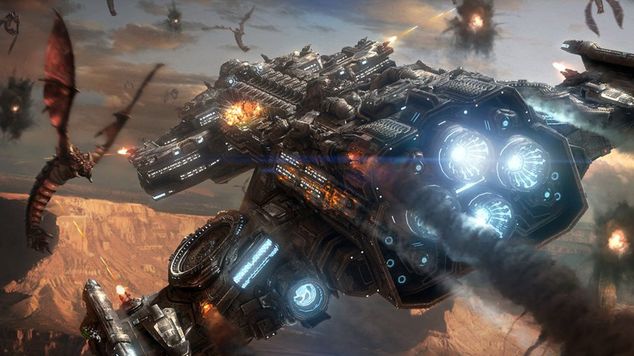 Strategy video games are a top choice for players who like to challenge their skills while having fun. Chess is recognized as one of the most popular games of its kind, but with the evolution of the igaming industry, many new titles have been launched, and nowadays, it is possible to test your skills when leading a war or building a city.

With the rise of eSports, many have devoted their professional careers to winning massive championships and becoming the best players, which means large real-money prizes.

In this list, we highlight the most recognized classic strategy video games that you can play across the Internet.

The multiplayer mode of each game is different. While some are designed to make an exact copy of the gameplay against other players, others go further and have developed unique scenarios to clash fans from around the world.

SimCity was launched more than 30 years ago and has since become a successful franchise. The game is an urban planning simulator where the player builds a city from scratch and decides every aspect, like providing essential utilities, education, health services, etc.

The game has been introduced in classrooms to teach sustainability, economics, financial planning, etc.

SimCity has a popular spin-off: The Sims, a game in which the player controls every aspect of different characters' lives, including getting a job, renovating a house, or having a party with friends.

Poker is a classic card game with a nuance: you play against other players and not against the house, which makes it completely different from other games when you have the odds against you, and "the house always wins."

You will be thrilled with the games you will find at 888 poker online, a well-established poker room with many years of experience on the market, and a gaming client that ensures a great user experience even for newcomers.

StarCraft is the flagship game of Blizzard, and it's a real-time strategy game where the player is engaged in a war between the human survivors and other species. It was released 20 years ago, and became a huge success, especially in South Korea, where millions of copies were sold in no time.

StarCraft is considered one of the most important videogames in history, and today, global championships attract fans around the globe.

Its engine is so powerful that the United States Air Force has used it as part of training for active officers.

Civilization is a famous strategy videogame developed by Sis Meier. It lives up to its name, as it focuses on playing building a civilization following historical campaigns spanning a wide variety from ancient Egypt, Byzantine, Aztec, to the Russian empire and modern cultures.

With over 40 million copies sold worldwide, Civilization has become a referent for turn-based games that also teach players essential aspects of human history. The latest version was launched in 2019 (Civilization VI).

Civilization is the predecessor of famous games like Age of Empires or Rise of Nations that use the same model to give the player the possibility to lead a campaign, conquer a city, or develop an empire.

In the 2020 strategy, video games remain a unique option for players who want to entertain while developing their skills. You can also play the standalone version, but if you want to take advantage of the latest news, try online multiplayer mode, and you'll be delighted with the emotions you can experience.