Vanguard: Updated Preview
<b>As Sigil's labor of love enters the fifth phase of its beta period, GameSpy takes a look at how far it has c
Feature
Vanguard: Saga of Heroes 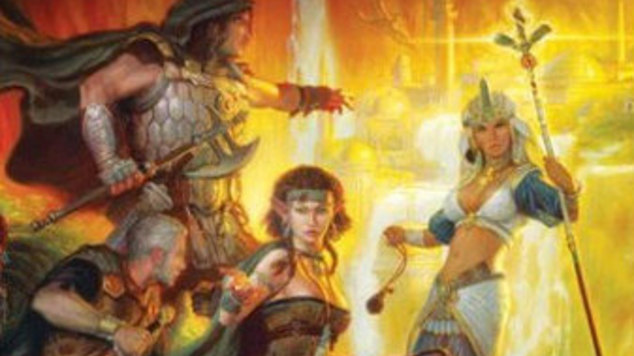 Vanguard Free-to-play Q&A with Salim Grant
After years on SOE's back burners, today Vanguard launches as a free-to-play game. We chatted with Creative Dir

After spending years on the studio's back burners, today Sony Online Entertainment relaunched what was the last of its subscription-based games with a new free-to-play model. A while back, just after we learned that Vanguard would be going free to play, we sent SOE some questions. They may not have been ready to answer them at the time, but yesterday we were pleased to learn that Salim Grant, Vanguard's Creative Director, had responded to our interview. Here's what he had to say.

Free Realms launched as a successful free-to-play game, and EverQuest II, DC Universe Online and now EverQuest have all done well converting to the F2P payment model. Vanguard is the last of SOEs titles to make the transition to free-to-play, even though many thought it was a likely candidate from the start. Can you give us a little insight into the thought process and timing behind taking Vanguard free-to-play?

Free-to-play was the next logical step for Vanguard. As a company we are shifting to free-to-play because it gives players choices and flexibility.

Do you remember the moon setting over the hills surrounding Tursh village?

In his producer letter when Vanguard's conversion to free-to-play was announced, Andy Sites admitted what Vanguard players have known for a while  updates to Vanguard have been sparse. The widespread perception seems to be that Vanguard has been in maintenance mode for some time. How will you overcome that perception, and what can you tell us about SOEs plans to revitalize the game?

We are aggressively working on making long-overdue improvements to the game and creating new content to reinvigorate the title. The team has a high level of energy and enthusiasm, and soon enough players are going to begin to notice all the updates and improvements made  were certain that word will get out.

How can we expect to see new content delivered in Vanguard once it goes free-to-play? Will it come in the form of free content updates, or are there plans for expansions or paid DLC?

The current plan is to deliver new content through regular updates and we will be releasing Plane of Fire shortly, along with other content. We would love to make an expansion and we promise that more content and updates are to come, but nothing is set in stone yet.

The Far East flair of a fishing village in Tanvu.

Players whove been following Vanguard want to know, so were going to ask: Whats going on with City of Brass, the promised update? Will it arrive in a content update before or after the free-to-play conversion?

It will be released after the free-to-play transition, so stay tuned!

Vanguard has some distinct differences from other SOE titles. What sorts of unique challenges does Vanguard present in its free-to-play transition, and how are you meeting them?

The free-to-play model has proven to be very successful for our other games so on a technical level we are approaching this like any of our other games. The biggest challenge will be relearning how things work in the game, but innovation is driven by experimentation so were taking notes and making changes as we move along to provide players with the best free-to-play experience possible.

EverQuest II experienced a renaissance after its free-to-play conversion, and most agree that it was a very positive move for the game overall. But the public sentiment toward EQII has always been generally good, while Vanguard has had some rocky relations, particularly at launch. What sorts of things are you doing to build confidence and win back players who found that Vanguard didnt meet their expectations early on?

A lot has changed since Vanguard launched five years ago, and were confident that those who jump in now will see a positive difference. We have already addressed bugs and issues that have been around for the past few years and are focusing on new content and features as we breathe new life into this fantastic game. One of the best things about transitioning to a free-to-play model is that it costs players absolutely nothing to try out! Players dont have to make a financial investment, so they can get a taste and see if they like it.

We'd like to thank Salim Grant and the folks at SOE for taking the time to talk with us. If you're ready to return to Telon and have another look at Vanguard now that it's free-to-play, visit VanguardtheGame.com.

Vanguard: Updated Preview
<b>As Sigil's labor of love enters the fifth phase of its beta period, GameSpy takes a look at how far it has c