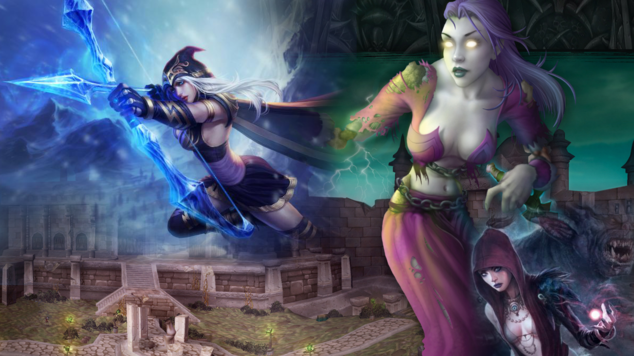 Video Game Resolutions for 2015
2014 was a disappointing year in MMOs for Skylatron. In 2015, she wants to take control over her own gaming des

2014 was a disappointing year in games for me. Not everyone will say the same - apparently we saw the release of some really great console and single-player games - but for MMOs, it was lackluster. The games I played the most were FFXIV, WildStar, and World of Warcraft, with a bit of dabbling in Landmark (which would have been more, had it not constantly rebooted my computer).

I want 2015 to be better, and this year, I won't depend on game companies to do it for me. I'll make my own gaming destiny, and here's how it starts.

I'm an MMO gal, and have been since Ultima Online. In fact, there are 25 MMOs installed on my computer right now, and that's not even counting MOBAs or other "battle arena" games. The gaming experience for me has always been defined by interaction with other humans. Which means, of course, I've missed some good single-player games. Skyrim comes to mind (yea, I get your arrow-to-the-knee jokes, but no, I've never met the guy), and in 2014, I hear that Dragon Age: Inquisition was pretty amazing. In 2015, I'll try to be less skeptical of playing games by myself and enjoy some well-crafted single-player worlds

Soon after I got my first console, I got a computer (with the internet!) and console games weren't really on my radar anymore. My most memorable ones are Gex, SimCity 2000, Mario Kart, Red Alert C&C, and Dance Dance Revolution. Not exactly a modern list by any standards. I've missed out on Destiny. Hell, I've missed out on a lot of games because of my "PCMASTERRACE!" stance. In 2015, I'd like to get a console and spend some actual amount of time on it. I'm thinking about the Wii U for party games (see, that whole "playing with other people" thing never dies), but I’m open to suggestions!

MMOs are usually what you make of them. Perhaps the reason I've been bored with them is a construct of my own design. There are times when MMOs, for me, have been just a chat room with an interface. I’ve rarely enjoyed the time at “end game”, including limited raiding experience and not nearly as much PvP as I’d like. This also goes for MOBAs. While I’ve played some amount of League of Legends and SMITE, I’m not max level in either of them and my skill level is what you’d call “barely passable”. In 2015, I’d like to spend time experiencing the more complex side of MMOs. I want to tank or heal raids (to get over that “stress” factor), I want to complete more difficult and time consuming achievements, and I’d like to better understand the flow of battle in PvP and MOBAs. Raising my own skill level feels more important now than it has in the past, so this seems like it’ll be an ever-evolving process.

Are you looking to what 2015 brings for games? Do you have any of your own resolutions, or any opinions about which console I should buy? Let me know in the comments!