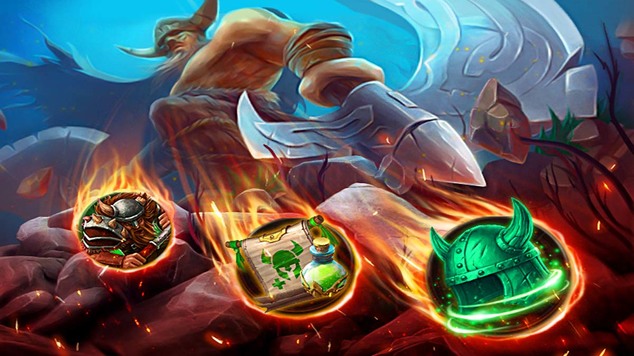 Vikings War of Clans Impressions
Vikings: War of Clans is an MMO offering from Plarium that sees players take control of a Viking clan and attem

Vikings: War of Clans is an MMO offering from Plarium that sees players take control of a
Viking clan and attempt, across a vast world map, to conquer, pillage and defeat their
enemies. Key to these aims will be your ability to form alliances and make the right decisions
in the field of battle as well as the creation of a strategic path that best allows you to take
advantage of upgrades throughout the game.

The game industry remains intrinsically linked to the MMO genre and it is generating big
business. There are two broad categories of MMO games, the first being F2P (also known as
free-to-play). The free-to-play offerings tend to be more lucrative than the second category,
which is known as P2P or pay-to-play. This might, on the surface, seem surprising due to the
very nature of the categories but free-to-play games do also have an option that allows the
gamers to pay for additional content or upgrades. This is where they make the revenue ahead
of the pay-to-play market, which, due to the requirement of initial payment, tend to put
players off before they have even started playing.

In fact, there have been massive boosts in global revenue from MMOs if you compare the
revenues of 2016 to that of 2017. The global income from the genre was around $26.7bn in
2016 but this rose by an amazing $4bn in the year 2017 to rake in global revenues of
$30.7bn, according to Statista. This continued growth in the market is allowing the genre to
go from strength to strength.


Plarium offer a wide variety of MMO games based in a variety of fictional environments,
often within a historical context. Vikings: War of Clans is based in a fictional land where you
take control of a clan, assuming the role of a Jarl, in order to conquer the environment. If you
are familiar with the strategy MMO genre, then Vikings: War of Clans will not be too steep a
learning curve. There is a support network online should you get stuck but the game follow a
familiar path. You need to build a strong town in order to start collecting resources and form
armies. Resources can be collected by erecting buildings linked to that particular resource. To
collect stone, you need a quarry; to collect iron, you need a mine and to collect lumber, you
need a mill.

What Vikings: War of Clans MMO game does well is allowing the player to upgrade while
choosing their own path through the game. This will have an important bearing on the overall
outcome of the game and, ultimately, the player’s success or failure. Upgrading your
knowledge will help you advance in certain areas and the player must decide what these are.
It is often better to take a balanced approach rather than focus only on building a massive
army. Forming alliances with other clans or joining a strong clan can be important to help
you win the game but being victorious on the battlefield will decide the game in the end.
Vikings: War of Clans is a solid strategy MMO with excellent graphics and varied gameplay.
It will require some strategic thinking in order to be successful but it has excellent replay
value due to the different paths the gamer can choose to take; definitely worth trying for any
fan of this highly popular genre.