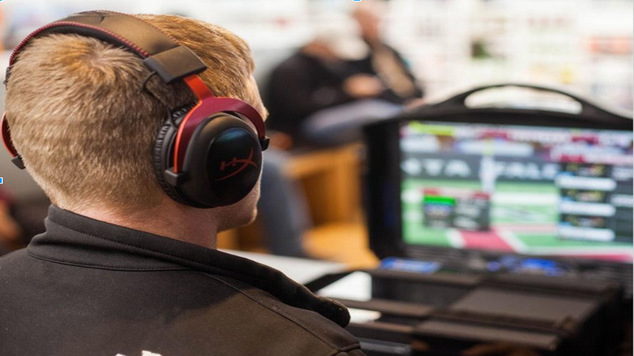 What Kind (If Any) of Education Does E-sport Require?
E-sport is far from being as simple as it may seem to non-gamers. In fact, it requires a pretty serious level o

There are no universities which would teach you how to become a total pro at e-sport. And this is the first and the last bummer in this article. Because no matter how much you want such line as “e-sport superstar” to be written in your diploma, it isn`t going to happen any time soon. But there is still a possibility that the next generation will be able to discover a magnificent world of online/video gaming during lectures.

But you know what? You don`t need all that specific education because self-taught masters feel more confident on the Internet.

All those sciences and arts that you used to study at university (or there is a chance that you`re still studying them, because just as in any other sport, you must start young), they`re actually going to be incredibly useful.

In case you were going to dedicate some time to reading this article instead of searching for essays online, it`s a great decision and we surely don`t blame you for it. However, the moment you`re done with this interesting creation of ours, please just work on your home assignments a bit. They`ll make you so much better at e-sports!

The First Apple Logo Had Newton on It

This is just one among thousands of examples of how physics has influenced our world. And you don`t have to google whether Apple actually used Newton image because it`s a 100% truth.

Where do you think they got their inspiration from? Adam and Eve`s story? Nope, it`s all about physics because it spins the world. Literally.

And in order to master e-sport, you need to figure out how our world works. The real world. Many modern games are super realistic. They apply such phenomena as speed and direction of the wind, temperature, trajectory (of a bullet, for example), and many other aspects of physics that are taught at school.

Even if you don`t know those details and you aren`t able to calculate them in your head very fast, you still should have a general understanding of how the surrounding world works. For example, you know that “for every action there is an equal and opposite reaction” (we just can`t let go of Newton, can we?) and you can definitely use this law of motion while playing a certain game.

This Is a Two-And-Two Situation

It`s not only about calculating those physical parameters. It`s about logical thinking and an ability to build actions-and-consequences chains. And surely, an ability to count very fast will be useful too. As you know, there are tons of different numbers in games. And you need to keep in mind many of them! Do you know why video games aren`t like real life?

Because games are soaking in logic, and real life is far from that condition. E-sport uses artificial intelligence and super cool computer programming to provide you with well-thought-out experience. And when it comes to life, it`s absolutely impossible to calculate all risks, predict certain situations, and come up with solutions for them beforehand.

Do You Speak Game Language?

Speaking a foreign language is a skill that you will never regret having. And if traveling the world, getting better job opportunities, and showing off at foreign restaurants are not that strong arguments, then get this: you`ll be much better at e-sports!

Firstly, there are different game tournaments held all over the world. Secondly, apart from being an international language of business and politics, English represents the whole world of e-sports.

Almost all modern games have multiple versions in the most popular languages. And you can use this fact as a counterargument to our statement about the importance of the English language. But you must also know that your mother tongue may not make its way to that fancy list, unfortunately. Even if a certain game does get translated, there is no guarantee that it will be understandable and straightforward.

Besides, all international gaming forums function mostly in English, and customer support services work using 5-6 languages tops. And don`t even get us started on international tournaments! If you`re a native English speaker, sorry, but apparently, you could have just skipped this passage.

You Were Never Good at Remembering Dates

History is a pretty fascinating class. Many students say that it`s always been their favorite. Please tell us that you`re one of those students because otherwise, you`ll have to work on those tender feelings towards history.

As you must know, many of them are based on real events. Don`t you think it would be extra useful to know what was happening during a certain historical battle while you`re taking on an online role of a soldier or general?

When you know certain social and political circumstances of a historical period, you`ll figure out what to do with your troops, or construction workers, or Senate, or whatever the plot of your favorite game offers to you. What is more, when you`re a history-savvy person, you learn about military and diplomatic tactics that different countries used back in the day, and about the outcome of various historical battles.

So, by learning history, you`re learning from mistakes of other people. And guess what? You`re getting better at e-sports!