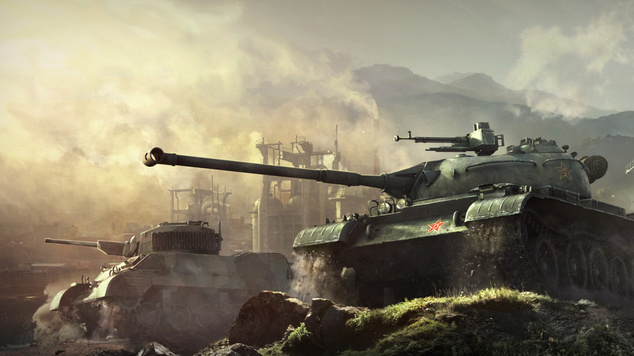 World of Tanks Adds Campaign Mode
One thing missing from World of Tanks over its nearly four year history is any kind of story mode. Who wouldn't

One thing missing from World of Tanks over its nearly four year history is any kind of story mode. Who wouldn't want to step into George Patton's high cavalry boots, rolling through Western Europe with the Third Army liberating things?

Wargaming.net didn't introduce story mode today, but campaign mode might be one better. Campaign mode is a quest chain for each tank type, with the caveat that you'll need a Tier IV tank or higher to complete most of the objectives. Targetted at alleviating some of the mid- to high-tier grind and having players explore more than one or two tank types, campaign mode is long overdue.

Each mission has primary and secondary objectives, with a nice boost to rewards if you manage to complete both. Each tank type has about 15 missions, and if you manage to complete all 60 missions, you'll get a premium tank not available through research or the in-game store. The next campaign opens up, allowing more of the same. Other novelties are available along the way, including an all-female crew for your Object 260 mod.

For a free-to-play game, you'd expect some doozies near the bottom of the mission chains - kill 12 tanks in the course of a match and that sort of thing. Thankfully, I haven't spotted any difficulty spikes so far in the first campaign - the worst I've seen is to kill two tanks and survive or deal 4K damage with a tank destroyer. Neither are insurmountable, but you'll likely need some serious survival / run-and-gun skills or a top-tier tank to get through the damage-dependent objectives.

Could missions result in overly aggressive play as players try to complete objectives at the expense of the match? Possibly, if the objectives weren't things you should be doing anyway. For example, those who don't realize that heavy tanks are, as a rule, damage-absorbing blunt instruments best used for close-in knife fights, would benefit from the second heavy tank mission in the first campaign - deal 1K damage within 100 yards of an opponent.

As such, campaign mode could be a good, live-action teaching tool for tank roles - something all competitive online games could take a cue from. That said, it isn't without niggles - for one, you must click a start button to get the mission and must go through missions in order. As any WoT tanker knows, matches tend to be feast or famine. You won't get credit for 5 missions in the course of the one amazing match you pulled off.

It's likely going to take quite a while to get through the 200+ missions on your way to the girl-powered Obj. 260 mod, but the skill (or at least time) it takes to field this tank will command instant battlefield respect. Kudos to Wargaming.net for offering a free-to-play oriented path to tier X.