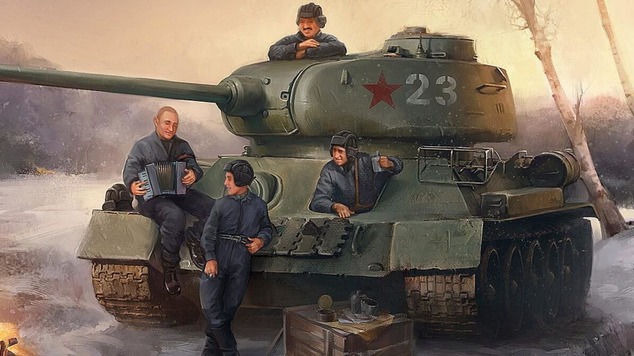 World of Tanks Update 1.0.2
Just like any other game enjoyed by millions of players out there, it needs to stay up to date and bring new st

Check Out what World of Tanks Update 1.0.2 Brings

World of Tanks enjoy millions of players world-wide and it is definitely a force in the online games community. Just like any other game enjoyed by millions of players out there, it needs to stay up to date and bring new stuff in order to remain relevant and enjoyable. The same tactic is used in the gambling industry by 24pokies online casino and that’s exactly what Wargaming, the Belarus-based company that produces World of Tanks did. Starting with the 13th of June, we can all enjoy an update that brings a lot of new stuff and fixes some minor bugs. If you still think that World of Tanks is not a popular game, we’d like to remind you that It hold a Guinness World Record for the most active players on a server at the same time: over 91 thousand players.

Now, let’s go back to the update deployed on the 13th of June and see exactly what it brings for the World of Tanks players.

At the beginning of 2018, the main point of discussion among World of Tanks players was the need for a revision on the Soviet Tech Tree. Since Object 430 tank was moved to Tier 9 and the 430U took its place in Tier 10 position, the introduction of Object 257 left two slots empty in Tier 10. Well, for all the fans that were waiting for this moment, this update brings two new Tier 10 tanks in the spotlight.

Developed on the structure of Object 430 Variant II, the MT Line K91 is quite small which means extraordinary accuracy and movement as well as a very high shell velocity, among other great features. The downside comes in the armor department, as always with small and fast-moving tanks, as well as a weak alpha damage.

Seen as a follower of the might T-10, the Object 277 tank comes with a very aggressive approach, awesome armor and a higher Damage Per Minute, penetration and alpha damage. It also has weak spots, such as the Commander’s hatch as well as the lower armor plate that are not as strong as other Tier X Soviet tanks.

Since the people at Wargaming are always checking feedback from players in order to deliver the best possible gaming product, several complaints from players regarding some maps that, put simply, weren’t fun. This update revisited those maps in order to increase the level of engagement and make them more interactive and fun for the World of Tanks players.

In this map revisiting pack, battle scenes such as Erlenberg, Fjords, Mountain Pass or Malinkova were tweaked in order to increase the action and make them a lot more enjoyable. The exact changes weren’t specified so you can board your best tank and give them a shot to see if the changes applied by Wargaming are really effective.

Something that all new players felt was necessary for quite some time now was a better onboarding experience. Well, the 1.0.2 update delivers exactly what was asked for. It Comes wth Advanced Training that follows the already exiting Boot Camp experience. It’s a whole set of new missions that will explain a lot of vital moves, tactics and maneuvers that will help you through the game.

With the same thing in mind, you will be able to experience a lot of in-game guides that should deliver a smoother experience for all players, experienced or not. These will help with the more in-detail things related to World of Tanks such as spotting, penetration, battle maneuvers and much more.

So, there you have it. The most important changes that come with this update for World of Tanks are now live and the only thing left for you to do is go there and test them on your own. Don’t forget to share your thoughts with the community.