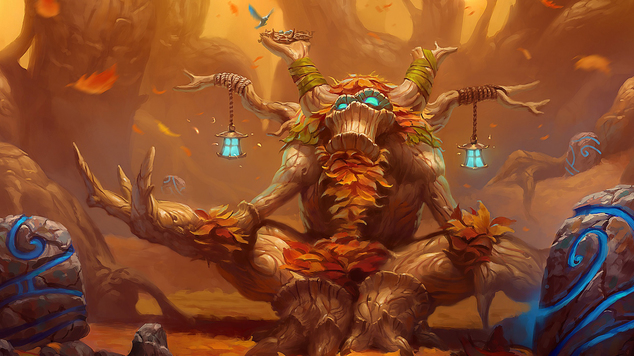 World of Warcraft: Back To The Start
Lewis returns to WoW after a 10 year break. He's either mad, or in need of a new high.

Here I am, staring a Night Elf’s backside, searching for flowers Dentaria Silverglade can’t be arsed to pick. Considering she’s sat next to them - close enough to touch them if she just leans over - I figure I’ll help her anyway, the lazy sod.

Its been over ten years since I played World of Warcraft. I resubbed not too long ago, logged in, and logged back off. I wasn’t in the right frame of mind, didn’t have a clue where I’d left my character, and with so much having changed, felt out of my depth.

Fast forward to the near imminent release of Battle for Azeroth, and I’ve got the itch. Don’t ask me why. Perhaps it’s the fact I’ve been playing Warhammer Online, or the fact I’m regularly seeing amazing characters in Heroes of the Storm, but there’s something drawing me back. I figure if I can stand and enjoy Warhammer Online’s wonky combat, World of Warcraft should feel light years ahead.

The game is so vast at this point and with so much to do, it’s bloody daunting. Throw in a 120 level cap and I wasn’t sure I could even be bothered to trudge back over old ground. Taking my thoughts to Facebook, most disagreed. The new leveling experience is supposed to be leaner and meaner, and while I’ll still have to go through zones that aren’t quite as appealing as latest installments, they shouldn’t take too much traipsing through. 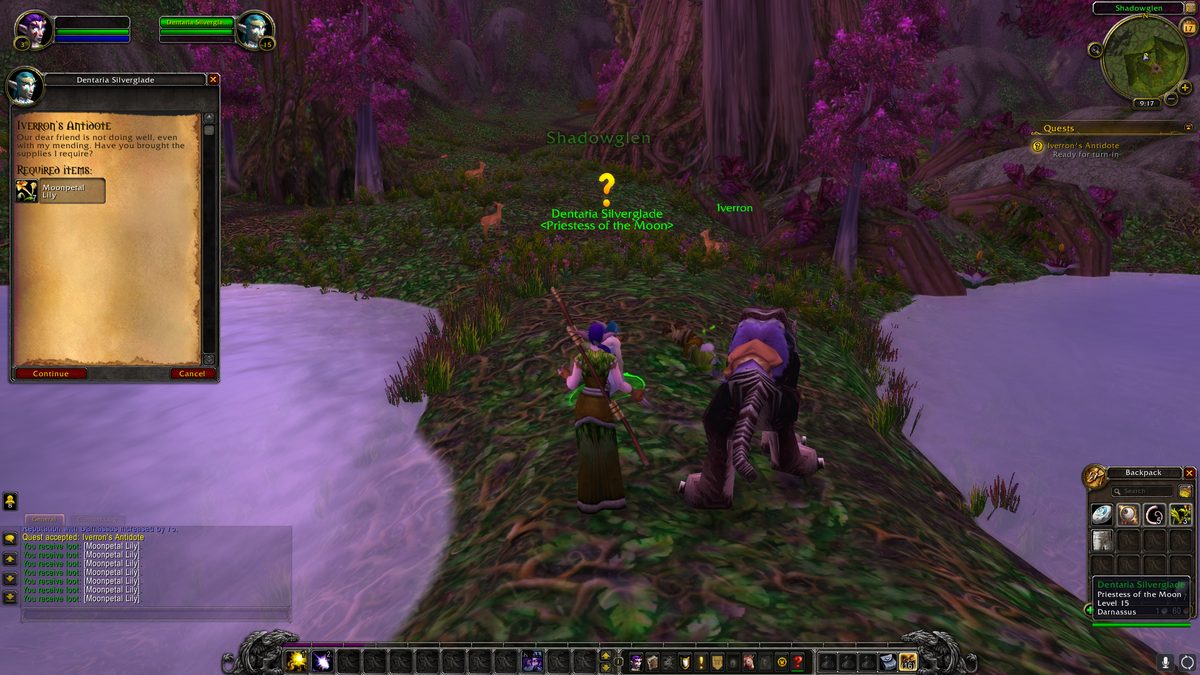 Dentaria is one idle sod.

I’ve settled on a Night Elf Druid. I know many might moan at that (it seems most of our readers are for the Horde!) I thought a change would be good. I’m usually Horde you see, but fancied a change of scenery. There’s only so much of a brown palette you can withstand before you need to see some lush forest. It seems the Alliance side of things will, at the very least, offer a brighter side of the game.

What’ll be interesting for me about this experience, is that I honestly have no clue what I’m doing. Considering I last played when Wrath of the Lich King launched, I couldn’t tell you what new zones there are, what happens in the story, or what each class even does. I know Talents have changed considerably, and there’s an argument that classes now have fewer choices, but other than that, it’s all alien to me. Heck, I can’t believe the Druid’s Travel Form is a stag: when did that happen?

It’s too early to say whether I’ll stick with it, as its only been a few hours: I’m level five, I’m doing simple quests and have yet to get a Druid form. Despite that, I’m definitely having fun. In fact, I’m shocked I’m having fun. I sort of miss Guild Wars 2’s mobile combat, but having played Warhammer Online for some time, its gotten me used to how things used to be. Also, is it just me, or does Moonfire have a new sound and slicker animation? I don’t remember it having that much oomph. The most annoying ability in the game just got even more annoying.

If anyone has any suggestions on what I should be doing, or how I should be building my Druid, do let me know. You can ping me on Facebook, or join the little Discord I’ve setup. In the meantime, I’ll report back soon on how my return to WoW is going. If you’ll excuse me, Dentaria is still asking for these chuffing flowers.