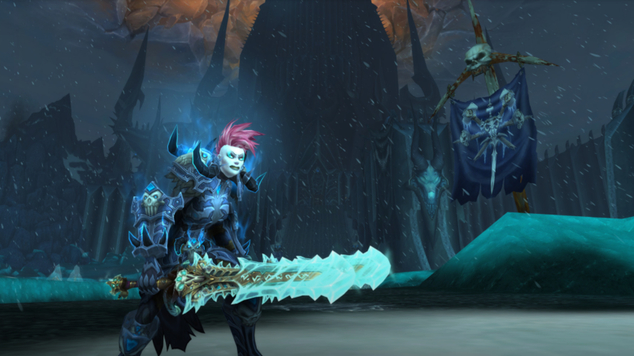 World of Warcraft: What Changes in Shadowlands Pre-Patch?
To help you prepare for the upcoming Shadowlands pre-expansion patch and plan your adventures from now until Sh

Shadowlands pre-patch will bring many changes.  Here is a comprehensive list.
--

With the upcoming character-level conversions in Shadowlands, Character Boosts will also change once the pre-expansion patch is live. You’ll want to plan ahead for how you want to use your boosts.

With the pre-expansion patch, levels, items, and stats will be adjusted to make reaching a new level feel more meaningful while simultaneously making the leveling experience faster than before. Characters at level 120 will become level 50 after the content update. To help you understand how the change will affect your character’s level, we’ve pulled together this handy conversion table.

Upon reaching level 10, new players will continue their journey through Battle for Azeroth and into Shadowlands. [LEARN MORE]

/NEW PLAYER HAS JOINED THE CHAT

After creating your new character and beginning your journey into World of Warcraft for the first time, you will automatically be added to a Newcomer Chat channel, where you can talk with other new players and seek advice from experienced players on the same faction who will be your guides as you level through the new starting zone of Exile's Reach. New players and guides will be able to recognize one another in the chat channels and by icons above their characters' heads that only they can see. Upon reaching level 20, new players will continue the journey ahead on their own and will no longer have access to the Newcomer Chat.

If you're a veteran player and interested in guiding new players as they experience World of Warcraft for the first time, head over to Stormwind or Orgrimmar and speak to the guide recruiter once you've met the following criteria:

If you no longer wish to be a guide, you can speak to guide recruiter once again.

Players who have already experienced Battle for Azeroth and reached level 50 on at least one character can choose to level any subsequent characters in a different expansion using Timewalking Campaigns. This new feature allows content from locations like Northrend or Pandaria to scale to a player’s level, so they can adventure from level 10 all the way to 50 and experience the stories of these areas at their originally intended pacing. Visit Chromie near the embassies in Stormwind or Orgrimmar to select your expansion leveling experience. If you'd like to select a different expansion to level through, simply speak to Chromie again. 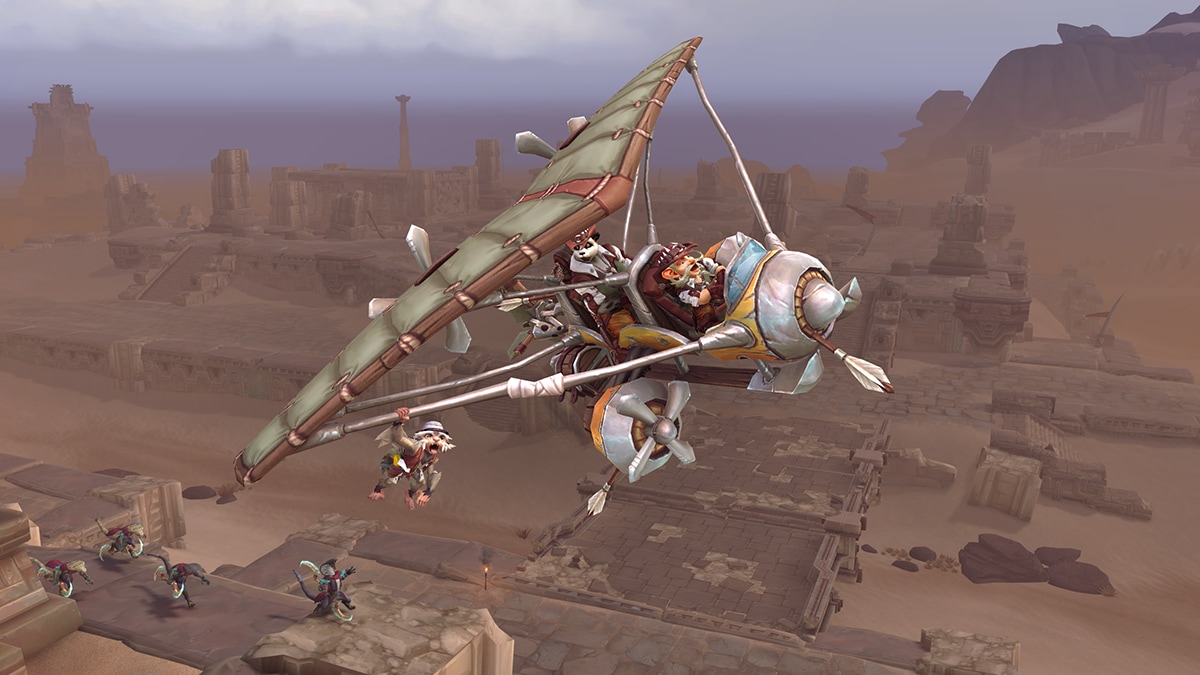 With the upcoming release of Shadowlands and the leveling adjustments that come with it, we’re making a few changes to Recruit A Friend. Beginning with the release of the pre-expansion patch, characters who are created by a recruited friend* will receive a unique 30-slot bag—the Extra-Spacious Knapsack—upon completing their adventure in Exile’s Reach as a part of the new player experience.

The additional experience boost that currently exists for recruited players and recruiters who party together will be phased out before the launch of Shadowlands. All other rewards available with the Recruit A Friend program will continue to be available for recruiters.

With the release of the pre-expansion patch, players will be able to seek out a Barber Shop for a variety of character-customization options, including the ability to change your character’s gender, hair, facial features, and more. Due to this upcoming new in-game option, the Appearance Change service for Shadowlands will be retired from the Blizzard Shop prior to the release of the pre-patch.

Players who are seeking to recruit a new Allied Race to their side will no longer need to earn Exalted reputation with their associated faction once the pre-expansion patch goes live. Players will still need to complete any achievements and story quests associated with the Allied Race to gain access, however.

The gates will soon close on Battle for Azeroth PvP Season 4 with the release of the Shadowlands pre-expansion patch. Don’t worry though, you’ll still be able to take part in competitive PvP in a special post-season, which will end with the launch of the expansion. The new Shadowlands Season 1 will then go live shortly after the launch of Shadowlands.

If you participated in Season 4, to ensure you receive the rewards that you’re due, please keep the following in mind:

Once the pre-expansion patch is live, we’ll be kicking off a special post-season that last until the launch of Shadowlands. While placement on the season ladder is locked for any end-of-season rewards such as the Gladiator mount or title, players will be able to continue to earn Conquest towards the Conquest Schedule, gain random PvP loot, and collect catch-up gear rewarded from strongboxes. Players will also be able to purchase Corrupted Aspirant gear from vendors located in Stormwind and Ogrimmar.

Leaderboards Temporarily Offline
Please note that PvP Leaderboards will not be available once the pre-expansion patch goes live but will become available again with the start of the new Shadowlands PvP season.

EARNING FLIGHT IN WARLORDS OF DRAENOR AND LEGION

With the release of the Shadowlands pre-expansion patch, flying in Warlords of Draenor and Legion will no longer require earning the achievements Draenor Pathfinder and Broken Isles Pathfinder, Part Two, respectively. 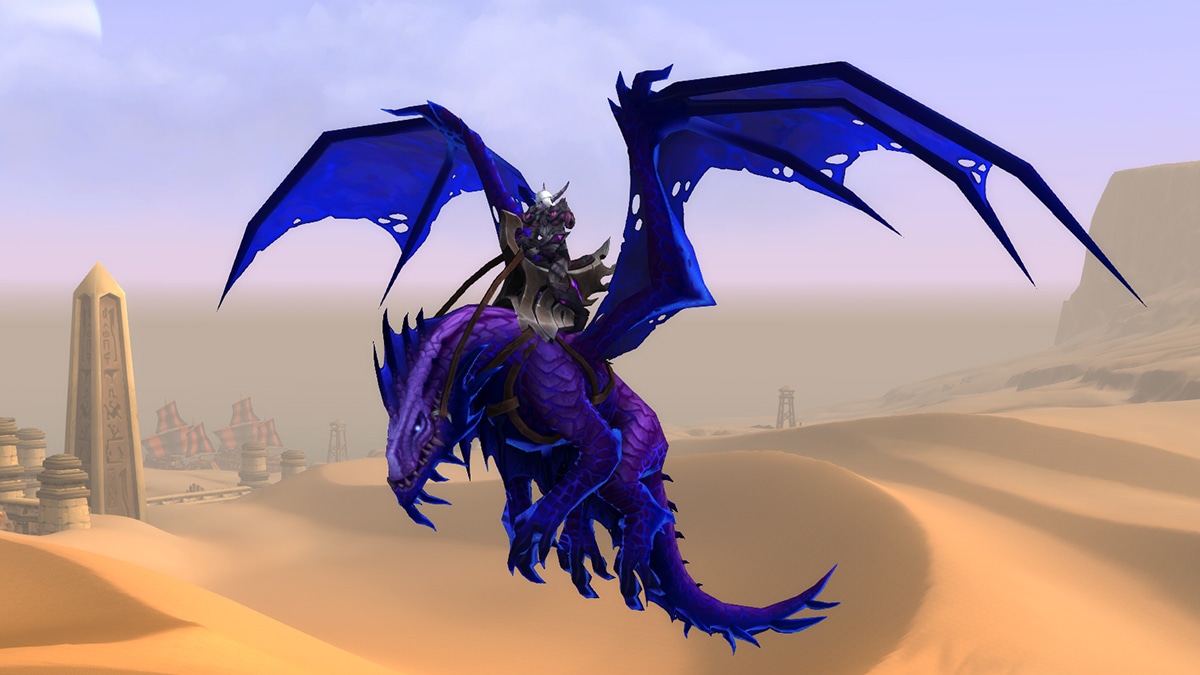 With the last days of Battle for Azeroth almost upon us, you’ll want to make sure you’re tying up any last tasks or goals you have. Check out our article to learn more.

Check back for more updates as we get closer to the release of the Shadowlands pre-expansion patch.

*Players who are recruited prior to the release of the Shadowlands pre-expansion patch will not receive the new 30-slot bag, the Extra-Spacious Knapsack